"Don't Waste Your Life Hating Others": Life Lessons from I Hear Your Voice 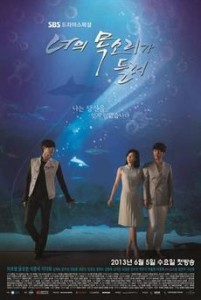 SBS’ I Hear Your Voice aired its last episode on Thursday. Despite initial skepticism over its seemingly incongruous premise (public defenders meets noona crush meets…mind-reading?) as well as pre-production casting woes, the series’ finale clocked in an impressive 26.2% nationwide rating.

Most of us don’t watch TV with the hopes of getting preached at, but there’s a certain art to creating television that succeeds at conveying a strong, convicting moral lesson as much as it does at entertaining. Despite being billed as a romance drama with plenty of couple-y cuteness, Voice practices this art impressively. The romance was what kept me glued to the screen for most of the series, but it’s the compelling message that makes this drama truly unforgettable.

Voice’s core moral conflict dances around two questions: One, does humanity ever trump justice; and two, are justice and mercy mutually exclusive? Each character offers a unique perspective to the themes of justice, mercy, and humanity, and much of the character development in Voice is driven by how these perspectives change when the characters collide. 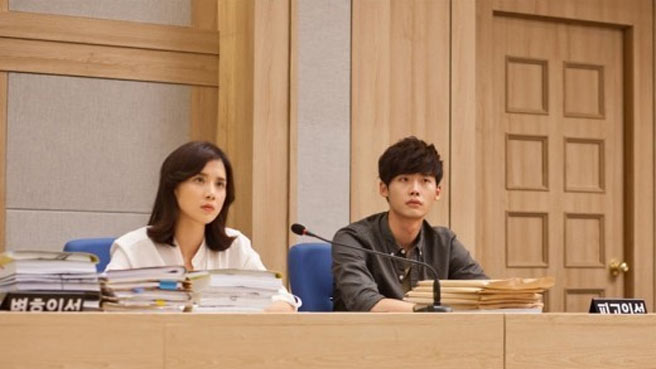 It seems as if the first half of the series was designed to make the audience cheer for justice. We’re presented with characters whose lives meet such unfortunate and unfair circumstances — Jang Hye-sung is kicked out of school because of Seo Do-yeon’s lie; Soo-ha’s father is murdered for no apparent reason — and we want to see that the perpetrators are punished for their wrongdoings.

The series presents the pursuit of justice in two different ways: Lawyer Jang, Lawyer Cha, and Prosecutor Seo pursue justice by upholding the law in the courtroom, while Soo-ha and Min Joon-guk pursue justice by seeking revenge on those who have previously wronged them. However, as the show progresses, the idea of wrongdoers paying for their crimes and getting their just desserts becomes much more complex.

For one, the pursuit of justice can oftentimes become a selfish endeavor. Lawyer Jang and Prosecutor Seo often wind up protecting their own pride in the courtroom instead of working towards justice. Rather than relying on the objective truth, they instead become convicted by their own abilities to judge right from wrong, and then proceed to impress that sense of morality on others as if it were the objective truth.

Or, in the case of Min Joon-guk and Soo-ha, the pursuit of justice comes in the form of revenge — revenge motivated not out of any desire to restore the moral balances of the universe, but out of a need to make someone else understand and feel the same hurt that was inflicted on them.

Both of these cases present one common theme: For the person who is pursuing justice, justice is something to be gained; it is something owed. In the face of this, however, Voice proposes a very radical idea: that real justice comes when the pursuer of justice decides to give something up instead. In other words, real justice can be attained only through mercy and selflessness.

But isn’t mercy the polar opposite of justice? 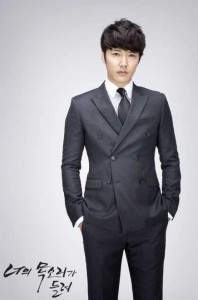 Enter Lawyer Cha. The premise of Lawyer Cha’s character is, essentially, mercy. However, the kind of mercy that Lawyer Cha displays towards his clients is not one where he bends the rules in order to win all of his clients’ cases. That kind of mercy is one rooted in pity for the client, one where the lawyer would want to get it over with quick before it sits for too long on his conscience.

The kind of mercy the Lawyer Cha shows is rooted in a desire to see the humanity of others. He believes in people — not necessarily in their goodness or morality, but he believes that everyone has a story, and everyone deserves for that story to be heard.  And his acts of mercy stand the test of justice in the courtroom — Lawyer Cha wins all of his cases, and he wins them fairly and justly.

Soo-ha shows a similar sense of selflessness, albeit in a very literal sense. There’s never a point in his life when he’s living solely for himself. He lives with blinders on: if he’s not pursuing Lawyer Jang out of a need to protect her, he’s pursuing Min Joon-guk for killing his father and Lawyer Jang’s mother. Not once does he work for his own benefit.

Throughout the series, Soo-ha’s fervency for pursuing Lawyer Jang and Min Joon-guk are equal. However, it comes to a tipping point when Soo-ha finally confronts Min Joon-guk on the rooftop and is forced to choose between killing Min Joon-guk, or keeping the promise he made with Lawyer Jang.

Provided that Soo-ha doesn’t care about going to jail or suffering any other consequences for murder, it’s easy to see what Soo-ha might’ve gained from killing Min Joon-guk: closure, justice, and an end to an eleven-year long pursuit for revenge. Soo-ha doesn’t even risk losing his relationship with Lawyer Jang; it simply wouldn’t be in Lawyer Jang’s character to dump Soo-ha outright and completely forsake him. (Odds are she would be too busy trying to bail him out of jail to be angry at him.)

Subsequently, Soo-ha’s choice to become a police officer and his willingness to protect others is borne out of learning the value of self-sacrifice. He learns that giving up one’s own will to guard someone else’s is something worth living for.

But how does any of this count as justice? We see how mercy and selflessness translate into justice by how Prosecutor Seo, Lawyer Jang, and even Min Joon-guk transform by the end of the series. 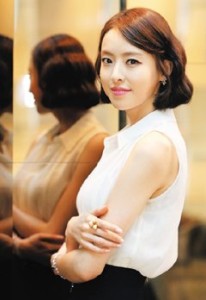 Prosecutor Seo’s conviction about the absoluteness of the law is shaken to its core when she is forced to see the humanity of Hwang Dal-joong as her biological father. She becomes compelled to show mercy to him and nullifies the case that would have sentenced him to spending the last few days of his life behind bars. And in doing so, she basically sacrifices her career.

It’s a big sacrifice to make, but what if she didn’t nullify the case? After all, the odds were completely stacked against Hwang Dal-joong, and under the just eyes of the law, he would have spent his last days in jail because he was rightfully convicted of a crime that he committed.

Real, compassionate, “merciful” justice would be to let this man live his last days freely. Prosecutor Seo recognizes this as true justice, and ultimately sacrifices her career in order to pursue it. 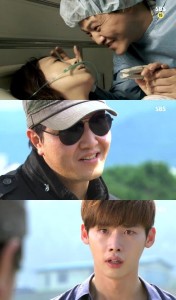 Min Joon-guk starts out as a kind, self-sacrificial man who believes in the fairness of the world — if he works hard, he can pay his wife’s hospital fees; if she is at the top of the organ donor list, she should be able to receive a heart transplant and live. However, once his wife dies and his faith in the fairness of the world is broken, he loses it and decides to seek justice on his own terms: an eye for an eye, a tooth for a tooth, a life for a life.

In the end, Min Joon-guk abandons humanity for his twisted pursuit of justice. However, his desire to seek out Lawyer Cha and value him as someone who listened to him and cared about him shows that his sense of humanity — his need to be cared for as a person — was still there.

In the end, it’s uncertain whether or not Min Joon-guk really abandoned his thirst for revenge, but he accepts his fate readily because someone bothered to listen to his story and was still willing to defend him. And perhaps, he decides that this prize is more rewarding and satisfying than revenge. 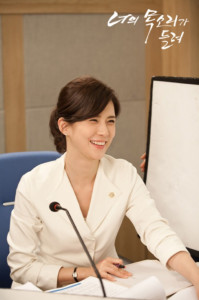 Lawyer Jang starts as someone who vehemently stood up for the truth no matter the circumstances, but over time, she becomes jaded. Unlike Prosecutor Seo who stands by the law and works to uphold it, Lawyer Jang simply gives into the law and is at its complete mercy…and doesn’t care.

But she begins to question her own convictions (or lack thereof) after seeing Lawyer Cha and the way he connected with people. She initially scoffs at Lawyer Cha’s willingness to believe in his clients, but it is Lawyer Cha’s faith in his clients that convicts Lawyer Jang the most and prompts the biggest changes in her character. He inspires her to become a more merciful, caring person, and teaches her how mercy and justice go hand in hand.

In many ways, Lawyer Cha is the most important character in the show.  He’s an idealistic fellow whose dogged insistence on the innocence, goodness, and humanity of his defendants becomes a real game-changer for many of our main characters. He’s the moral stronghold that pushes everyone else onto the right track simply by merit of being so good and right.

Lawyer Cha affects Lawyer Jang (who in turn affects Soo-ha), Min Joon-guk, and Prosecutor Seo, and triggers their transformation from being justice- or revenge-minded people to people who see that justice and mercy are one and the same.

This isn’t to say that they abandon justice entirely. Nobody becomes a pushover or a softie. The lesson here isn’t to simply give in or give up. Instead, the point is this: justice as seen solely from one’s own vantage point — or even from the seemingly objective eyes of the law — is rarely ever just. Justice comes when we trust in the stories of other people — not out of a belief that all people are inherently trustworthy or good, but simply out of a belief that all people are people, and that their stories are valuable and worthwhile. In the end, Voice conveys the message that true justice only exists when humanity, compassion, and mercy are integral parts of the equation. 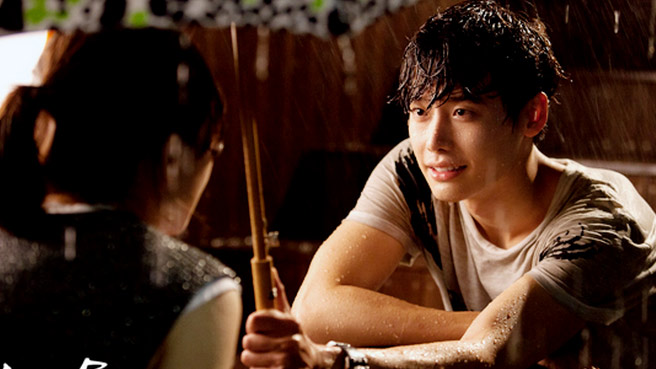 “Don’t waste your life hating other people.” At first glance, Hye-sung’s mom’s final words seem like an easy piece of advice to swallow — after all, not many people have it in them to be like Min Joon-guk and spend a lifetime in a deadly pursuit for revenge. But what this line really proposes isn’t simply to not lead a life full of hatred. Instead, it dares the viewer to seek the opposite; to lead a life of love and compassion. It challenges us to be selfless in our concern for others, like Soo-ha; to trust in the humanity of the seemingly unhuman, like Lawyer Cha; to give everyone a chance, like Lawyer Jang. Compassion doesn’t defy justice. It completes it.