Continuing our wrap-up of this year’s mid-year polls, the results for our “Drama Dilemma” are in! Unlike our first poll for Most Underrated Release of 2013 thus far, which resulted in a tie, I Hear Your Voice pulverised the competition. This wasn’t for want of good K-dramas of course, with runners-up School 2013 and Monstar also deserving praise for their naturalistic and engaging portrayals of high school life, among other strengths. Monstar has been an enjoyable watch (and even more enjoyable listen) thus far, and School 2013 broke my heart — as does I Hear Your Voice.

Following his turn as student Go Nam-soon in School 2013, latest it-boy Lee Jong-suk returns as another student, Park Soo-ha, who also happens to be a mind-reader. This was the meatiest piece of information revealed before the drama’s airing. Even information about the other two leads — public defenders Jang Hye-sung and Cha Kwan-woo played by Lee Bo-young (My Daughter Seo-young) and Yoon Sang-hyun (Secret Garden)  — was kept to the basics, with a “fantasy romance” label, promises of mystery, hints of a love triangle mixed with a noona romance and Lee Jong-suk’s pretty face left to promote the drama to the masses.

Luckily for the show, this ambiguity has paid off by managing to create enough suspense to keep audiences hooked; the apparent need for “mystery” was seen as foolish going into the drama, but doing so has given what is a fairly standard drama story an edge that audiences are very much enjoying.

You won’t need to read my mind to know that SPOILERS FOLLOW. 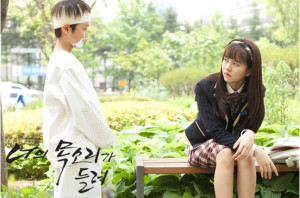 This is seen with the reveal of Soo-ha’s link to Hye-sung, which was one of the vague clues dropped prior to airing. Ten years ago, a young Soo-ha (played by Goo Seung-hyun) and his father are involved in a car accident which takes on a much more sinister turn when the truck driver who barrelled into the pair kills the father in cold blood. Soo-ha is inadvertently saved from the same fate by a teenage Hye-sung (I Miss You‘s Kim So-hyun) who, along with frenemy Do-yeon (Jung Min-ah), had witnessed the incident. Tragedy was expected, but the thrill this backstory presents is surprising — though not unwelcome.

This exposition is given to us by an adult Hye-sung during her job interview for public defender, though she stops her story at the climax. It’s later revealed that she testified against murderer Min Joon-gook (Ojakgyo Brothers‘ Jang Woong-in) which gets him convicted and her a death threat so menacing that it seems to have sapped her of her pluck and sense of righteousness; Hye-sung grows up to become a detached and complacent lawyer with little regard for the clients she represents in court. It’s hard to see the girl who cared about justice and truth in this Hye-sung — I can understand why she says she regrets her decision to enter that courtroom, as it has led to the shut-down of her conscience. 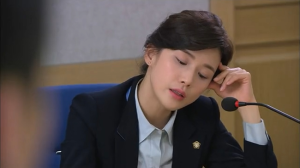 Hye-sung is petty and insolent, but these characteristics-cum-defence mechanisms do make a really great starting point for Hye-sung’s character arc, to regain what she lost at that trial ten years ago. In fact, one of my favourite scenes thus far is in episode 7, when she imagines the old man searching the subway train for newspapers to recycle (let’s just ignore the fact that this will probably be the only time in the drama where she actually uses the subway).

Seeing her actually empathise with someone was a nice character moment, and she even acts on her own to procure a settlement that would keep the defendant out of jail. Sure, she still had walking, talking, Deus Ex Machina Soo-ha to help her out as always, but it’s progress nonetheless — which appears to become undone in the next episode when she plots with now public prosecutor Do-yeon (played as an adult by Birdy Buddy‘s Lee Da-hee) to falsify evidence. The desperation in this situation is understandable though, and hopefully future episodes will pick up where we left off, though the feeling that no-one seems to know where Hye-sung’s character is actually going in terms of growth is not easily shaken off.

This feeling stems from what is the drama’s biggest weakness — the clumsy handling of its courtroom scenes and larger legal world. The cases presented are interesting and do offer insight into ideas of justice, empathy and ethics within the legal system, but the technical side just does not reach the same level. As a result these scenes feel flimsy, and I often find myself becoming irritated with the basic arguments and waffling shown on-screen. The only consolation that can be derived, perhaps, is that I Hear Your Voice was never meant to be a legal drama. The focus here is squarely on the romance. 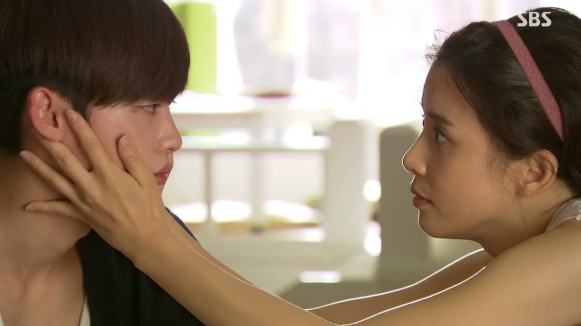 The heart of this drama is Hye-sung  and Soo-ha’s relationship; though powered at first by the latter’s promise to protect (along with his infatuation) and the former’s opportunism, by the end of episode 8 it has grown to be a genuinely caring one. She’s the first person he’s told about his special powers who actually believes him and cares for him, and he is the one who understands her fears. This bond is not romantic in and of itself, but Soo-ha’s feelings for Hye-sung inevitable become part of that bond, and his heart’s journey is heart-rending to watch. His blind adoration of her is proven to be a fool’s dream, but, whether it’s because he has cast her as his raison d’être or if it’s just how his heart is, Soo-ha’s love only intensifies. 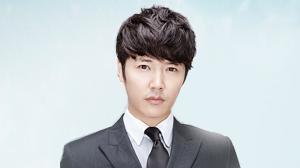 His “rival” Kwan-woo is a perfect match for Hye-sung, being socially at the same level and even favoured by fate itself; he is also supportive of her like Soo-ha, though each express this in their own way. However, Soo-ha’s bond with Hye-sung appears too strong for fate to break, as the epilogue to episode 8 strongly suggests. Hye-sung’s feelings had always been turned to Kwan-woo and suggested that Soo-ha’s love would stay unrequited, but her putting the trip to the aquarium with Soo-ha over a date with new boyfriend Kwan-woo, a revelation following right after Soo-ha’s confession, brings the “noona romance” back into strong contention.

And, let’s face it: Lee Jong-suk is the lead in a drama selling romance, so it’s highly probable that he will get the girl. Acting-wise, he falters at times, but his popularity fills in the gaps to let him adequately carry the drama. 2013 is shaping up to be a busy year for Jong-suk, and this drama is just the start for the rising star.  But the stand-out performance for me has to be Jung Woong-in; I’m unfortunately not familiar with his earlier work, but his portrayal of shrewd and conniving villain Joon-gook is impressing me. He simultaneously makes my stomach churn and want to believe him when he puts on his good-guy act, and sends chills down my spine in his more openly evil moments. The writing that allows Jung to channel his potency to make the protagonists’ lives miserable is also to be commended, but the actor deserves credit as well.

Currently at 16 episodes in length (please, no extensions!), I Hear Your Voice is moving briskly along, and at midway is in a narratively exciting place with viewers eager for more. With a time jump planned and a Soo-ha bent on revenge, things can only get more dangerous, and more addictive. There are still plenty of mysteries left to solve, the most pressing being the reason Joon-gook killed Soo-ha’s father in the first place, and I look forward to seeing how events unfold in the latter half of this drama.

Readers, what are your thoughts on I Hear Your Voice so far? And where do you stand with the shipping? Let us know below!