"Miserable" Isn't Miserable to Listen to

Recently debuted group Lush is comprised of three members: Kim Ji-hae, Yoo Sa-ra, and Kim Min-hee. The three women are former vocal coaches and their talent shines through their voices. “Miserable,” their first single, is also known as “Second Crush.”

The MV starts with the trio walking in between two rows of chairs. Seated on the left are the women; on the right, the men. Everyone is dressed in black and red — a recurring motif in the MV is the juxtaposition of these two colors. Symbolically, this is the combination of love and death and it follows the lyrics as Lush sings about the end of love.

Both the women and the men are reserved and an air of hostility can be observed between them.  Lush are the singers at this get-together and their outfits — along with the intermittent sepia filter — give the MV the feel of an earlier time period such as the 1920’s. However, the women’s clothing is somewhat modern.

One of the men gets the courage to cross the room and asks one of the women to dance with him. The new couple begins dancing and although their expressions don’t show them enjoying the dance, the other men decided that they, too, must ask the women to dance. The catch here, though, is that everyone begins to partner up with someone other than their significant other. 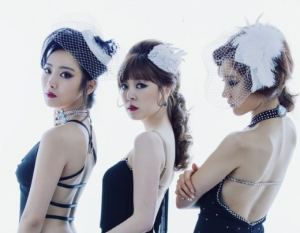 The MV then focuses on one elder couple in particular. The flashbacks of the couple tie along with the lyrics as the woman wonders where their love has gone. She resents the man for dancing with a younger woman and, in retaliation, she accepts the hand of a younger man to dance while keeping her eyes fixated on her  husband.

In the bathroom, “Miserable” draws parallels between one of the younger women and an older one as they both put lipstick on in the same way, right down to the lip smack afterwards. As they go back out on the dance floor, the older woman smiles with her dance partner and the girl dances by herself, content.

The MV then changes to the attendees lining up at the buffet and selecting their food. But wait, there’s only one fork! Cue to lipstick girl pigging out, unaware that no one else has silverware. When she realizes her mistake, she hands the fork to the next woman. After the next woman eats, the fork continues to get passed down but the music video ends before the men get the fork.

So what is the meaning of the lone fork?  It could allude to the impending break-up. While lipstick girl chows down, all the other attendees stare solemnly into their laps at their food. Even though everyone had a plate full of food, they couldn’t enjoy their food without the fork. The women get a moment of respite when they receive the fork and can finally eat but their joy is brief; They know that soon they must let go of the fork. This coincides with the theme of the song — just as their time with the fork is ending, so are their relationships. 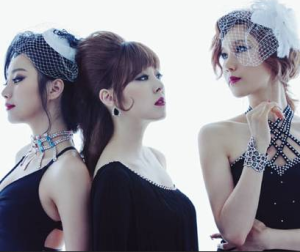 Aside from the strange ending, “Miserable” did a good job of creating a story line that paralleled with the lyrics. It helped that the actors were able to convey the resentment and hurt that comes with the ending of love with only their facial expressions. The MV was simple, but still hit the right notes emotion-wise. Overall, it was a smart way to introduce us to Lush without focusing only on the trio. That aside, I am totally digging Lush.

Not only does Lush have great voices, but they harmonize well together. Their voices don’t overpower each other and, instead, are complimentary to one another. Lush also doesn’t have a concept, which I find refreshing. Too many groups debut as sexy, cute, or fierce, and while that doesn’t necessarily detract from the music, it’s gotten old. Lush does not aim to be anything except what they are. The few attributes I would give to them would be mature and confident but Lush doesn’t try to make either of these points their gimmick.

Lush has debuted with strong vocals and good group cohesion. Their music video was a bit confusing towards the end, but overall it managed to connect the lyrics to what was happening in the MV. “Miserable” is a fairly strong debut for Lush and I’m eager to see what the future holds for this talented trio.

Any other theories behind the meaning of the fork? 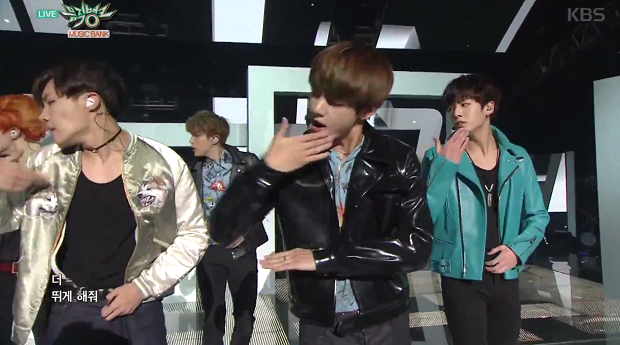