Lim Kim's "A Voice" Is Quite Alright 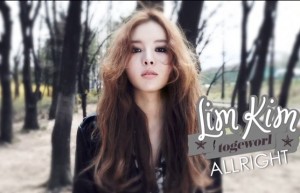 I’ve always been a music consumer that cares a lot about presentation and the big picture. I like approaching albums as an experience rather than a collection of songs because that gives the fundamental concept of an album purpose. I think less of albums that contain decent songs on their own  but are incohesive in the collective than if the unity is there and all the songs are not quite up to par. A Voice is one of those albums that manage to have both good music and a sense of interrelation between songs, something that is actually harder to achieve than one might think.

Lim Kim (of Togeworl or Two Months), or Kim Ye-rin, has a very distinct timbre that she takes advantage of throughout her solo album; it’s really the separating factor between A Voice and a lot of the leisurely Korean music styles that really pervade the oxymoronic “popular indie” (though it’s now a bit of a stretch to call it indie). I can’t really give any reason for her to not pursue this vein of music despite how unoriginal it feels now, simply because the acoustic style is seeming to do really well in the Korean music scene (see Busker Busker, Akdong Musician, Roy Kim etc). In fact, like the aforementioned artists, Lim Kim is starting to getting a lot of attention domestically for her music a soloist on her own right, beyond the fame she gained from Superstar K3.

“Number 1” is the first single from the mini (it’s actually a Togeworl song), and it has a lot of the same feel that many songs from Clazziquai have, mostly because of the music genre coupled with the duet style of music. It’s a cute song that capitalizes on the trade offs between the two singers and comes off as conversational. That “conversational feeling” is a quality that makes the music very approachable and easily pleasing. “Number 1” makes for great summer listening; the staccato percussion, jazzy piano, and acoustic guitar gives the song a summery ambiance that is simultaneously invigorating and calming.

“Colorring” has more forward momentum and a beautiful guitar line, which leads me to prefer it over “Number 1.” The melody is still light, giving back some lightness to the song where the heavier instrumental takes away. I like how the song takes a familiar framework and adds dimension by incorporating modern embellishments that one would not normally associate with the more acoustic genres. A fun song indeed.

Third is “캐럴의 말장난 (Carol’s Wordplay),” a song that has a better package than the contents inside. Enjoyable and sweet are great descriptors for a song, but if enjoyability and sweetness is all a song has, it gets old pretty fast. This is even more true when the rest of the album is also the musical manifestation of honey; a single note flavor, that is complexly saccharine and unaltered. Regardless, I do appreciate “Carol’s Wordplay” in the end because the minutae of the song gives depth and substance to the song when the basic melody does little of that effect. 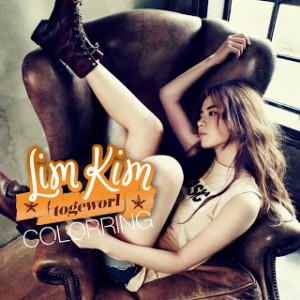 The fourth song on the mini is not only the title song, but the most lackluster. “All Right” is extremely repetitive both in lyrics and melody. But instead of giving direction to  the song with verses, you get more and more of the same chorus. Where you finally catch a breath from the monotonous (but detailed) composition, you get a strange 20 second interlude that feels a bit jarring against the rest of the song. Personally, I think that “All Right” is pretty bland and not a track I would promote over all the other songs on this album, but that’s just me. Leslie thinks otherwise, and you can see her take on the song and MV, which she finds to be rather alluring.

“잘 알지도 못하면서 (Like You Know It All)” is the kind of song that captures me heart and soul. The husky tone Lim Kim has enhances the ethereal beauty of the musical piece, an immersion that begins from 0:00 and only ends at 5:19. The instrumental composition is full and clean, striking the perfect balance with Lim Kim’s rougher vocals. It’s rather stunning, and definitely my favorite of the album.

Most often, my personal music tastes lean towards the albums that embark on a musical journey from first track to last. A Voice isn’t quite like that, despite saying that there is unification within the album. What unity A Voice does create is not the kind of continuity that leaves me breathless or in awe—it’s the kind that veers on sounding all the same, albeit A Voice has just enough bite to it that I don’t fall asleep or ignore all the nuances in total boredom.

Nevertheless, A Voice  is a strong start for Lim Kim, and it has many positives going for it. Perfection it is not, but I did find that my twenty some minutes with this album went by rather rapidly. If that isn’t a sign of a good album, I don’t know what is. Now it’s time for me to go sit in anticipation for what Togeworl the duo comes up with after seeing the strength from just one half of the team.