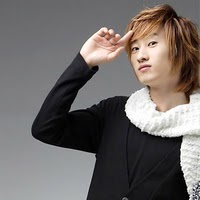 After the last edition of Things Idols Say, which consisted of tales of rooming with topless group mates, this week we look at a more pertinent issue in groups — working with others on a professional level.

Admit it. Being forced into a group with other people who have a deeper pool of talent than you, or being asked to sing songs not to your taste was not exactly what you envisioned as an entertainment alpha male/female when you first chose stardom as a career track.

So rather than grumbling about it to the tabloids or to the boss (both of which could get you fired), far better to spin that sorry tale into an amusing anecdote to make fans laugh and think that you and that group mate make good “rival friends” (though how much of it is true off-screen, only you know).

I Am The Center

Host (H): So you proclaim yourself to be the best performer in the group right?

Idol (I): Yeah, of course. But there’s a good reason why I do not stand in the front of our group’s performances.

I: Confession, I scored rather high in the pre-debut evaluations. However, a week before the debut, my dance position was changed. I was replaced with the face of the group.

I: According to producer-nim, he said the face of the group had a centripetal face structure that made him look more appealing to the audience.

(Cue hard laughter from the audience)

I:  To cut the long story short, he was taller and better looking than me.

H: So where did you end up standing?

I: Somewhere in the second row to the left of the stage.

H: So did things change for the next single?

I: Yeah, it did. I now stand in the second row to the right of the stage!

(Cue more laughter from the audience)

I: But to be honest, it does not really matter anymore. The face of the group helps to get us more fans, and well my fans always say I shine no matter where I stand in the group.

Takeaway from this story — Well, it works on so many levels: putting a positive spin on a sad situation, giving a glimpse into the realities of idol life, and lastly showing how much one adores his/her fans.

Cry, Kiss and Make-up (An interview with two commonly paired members of a group in fan ships)

Host(H): So Sashi and Tashi, the two of you have never argued about anything before? 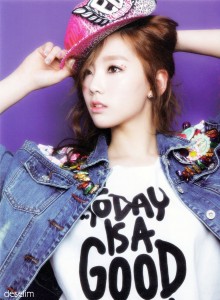 Sashi (S): In fact, just last week, during our tour, we had a major bust-up, and just five minutes before we were scheduled to perform on stage.

Tashi (T):  We would be lying if we said we have never argued about anything ever.

S: Basically everything. The lines we were both supposed to sing.

T: The outfits that we had to wear.

S: And how none of us were performing to the standards we held ourselves to.

T: Eventually I lost my cool and screamed at her, and then ran out.

S: That hurt and I cried.

H: So how long did it take for you to make up?

T: I thought of all the good times we had together, both on stage and off stage, and I found it ridiculous I could not give in to her for once.

S: I also thought that I should have been more understanding towards the frustrations we faced that day.

S & T: It did “help” that the managers had panicked trying to find us just before the performance was about to start.

H: So what happened after that?

S & T: We both hugged, cried a fair bit, then went up to our managers and then apologised for kicking up a fuss.

S: And then we put up one heck of a show. (Laughs)

H: So I guess you still are friends?

I (Dis)Like This Hit Single:

Host (H): So I heard your group’s new single “Annyeong Lover Boyz” is ripping up the charts. 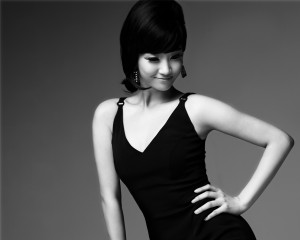 Idol (I): Yes, and thank you. However, when we first heard the song, I must admit that it sounded nothing like the current version. When producer Paek Ying-jeong first presented the song to us, the first thought that came to my mind was, could this even be released to the public?!

I: (Makes weird popping sounds that vaguely resemble that of potatoes being rolled down staircases)

I: Fortunately, I managed to get to the studio to have a discussion with Producer Paek, and then after a few days we managed to rework the song into something more likeable.

Things we got out of this story: the idol is pretty talented, and he is able to fix what was a pretty average song. Also, sometimes the life of an idol is not easy, but at least they have some power to challenge management.

And that’s it for this round of story sharing!