Going International with After School Club 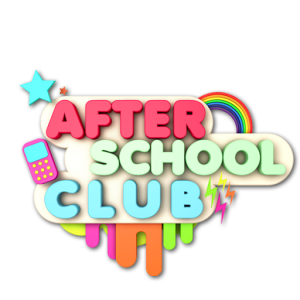 Talking face-to-face with an idol group is something out of most international fans’ wildest dreams. If you don’t live in Korea, the opportunity for the intimacy of a fan signing is unlikely at best. Even as more groups go on international tours, and events like Kcon develop, it is still only a small portion of fans that get to attend the special event portions where they see idols up close. Even then, if the fan doesn’t speak Korean they may not be able to express their feelings to their idol in the way they want to.

That is where Arirang’s After School Club (ASC) comes in. The show creates a space for English speaking fans to interact with promoting idol groups, without the worry of language barriers. It brings cultures together in a way that isn’t matched by any other variety show out there. It provides one of those rare chances in which international fans can interact with their favorite idols in a personal and intimate way; vice versa, visiting English speaking idols also get to express themselves in the language. Between all of these factors, including the intensifying Hallyu wave, it’s no wonder that the show’s popularity has grown quickly.

If you aren’t familiar with the basis of the show, it’s a live variety program that began in 2013, which was originally hosted by Korean-American soloist Eric Nam and Korean-Australian LEDApple singer Hanbyul. The goal of ASC was to connect K-pop idols with their fans around the world, and this is exactly what the show has managed to achieve. The program includes interviews, games, live quizzes, and, most notably, a video segment that sees fans chatting with their idols in a live video chat. 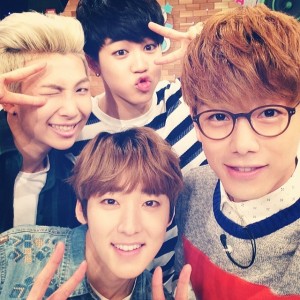 Aside from giving fans the opportunity to speak with their idols, ASC presents itself as Korean-style variety show that is predominantly conducted in English. This means that international fans would not have to speak Korean to be able to communicate with their idols. It gives people, who are comfortable with English, a place to speak freely in a way that’s probably not orthodox on other Korean shows.

Further to that, ASC is not only advantageous to international fans — it also benefits idols like Eric and Hanbyul who have English as their first language. I think a lot of us can agree that there aren’t many opportunities for English-speaking K-pop idols to utilize their first/second language — especially not if no one else in their group speaks it. This is evidenced in the solidarity — and tweets — among the English speakers of the K-pop idol community. Off the top of my head, there’s f(x)‘s Amber, U-Kiss‘s Kevin, BtoB‘s Peniel, and many others, who have this added language connection. This link is what is strengthened on ASC, but with fans experiencing it with idols who indulge in it with their fellow idol friends. 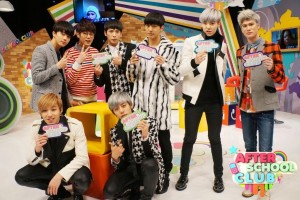 As more English speaking idols go on ASC, it is hoped that an increasing number of international viewers will tune in, to grow demand and keep it going. Audience response has been warm and the production peeps behind the show have made considerable efforts to improve the live transmission. Initially, the hosts bore the brunt of the translation work: repeating questions, and translating messages and responses back and forth. To aid this, a system has been put in place to reflect live, simultaneous translations on the screen. While this hasn’t been the perfect system, it has taken some of the pressure of the hosts — live-streaming is no small feat.

But, let’s go back to the fans.

ASC employs an application process in the selection of fans who get to chat on the show, and it’s proven to be a fairly good system. Diversity is key and a global criteria in this case extends beyond East Asia — “global” indicates that the whole world is taken into consideration. The only requirements are a working webcam and mic, a basic handle of the English language, and the ability to stay up until whatever (ungodly) hour the show airs in the chosen candidate’s time zone. 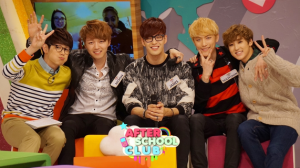 I’ve seen fans from Europe, Africa, the Middle East, South America, North America, and Asia participate in the show. It’s a real picture of the reach of K-pop and its subsequent effects on young people around the world. These fans, of different backgrounds and cultures, come together to share their love of their favorite idols and groups. Sometimes, there are stories about how the idol/group has inspired a fan in their hard times, and other times the fans share their artistic tributes with their favorite guest stars. In other cases, the fans simply express their happiness that their favorite idols/groups exists.

And to top it all off, the show is free to watch on YouTube – either live or at any time after its original airing. Although they’ve started to broadcast to direct TV as well, the show’s origins are online and they’ve remained that way. YouTube is one of the greatest assets of the international K-pop fandom and ASC’s use of the platform shows that their dedication to reaching out to the global community is real. As a fan that scours YouTube for subtitled versions of Korean variety shows, it’s an amazing experience to be able to watch ASC without worrying about video quality or considering the length of waiting time for uploads. 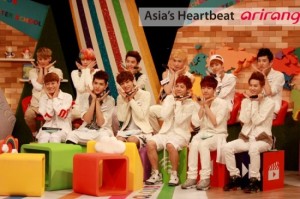 With the creation of ASC, Arirang has garnered a new following. The show has had an effect on international fan bases, and most of all, it’s proven that the English speaking K-pop market is one that can be relied on for views. Hopefully, this realization will lead to more shows – or even more events – that specifically cater to international K-pop fans. ASC and its relationship with this language-specific demographic is more than a ripple in the Hallyu wave, it is a surge that is growing surely and strongly. Let’s hope this tidal wave of cross-cultural interaction continues to benefit the fans and idols it sweeps up.

If you haven’t checked out the show yet, I suggest you head over to its YouTube page and give it a chance! If you’ve seen it, what are your thoughts?