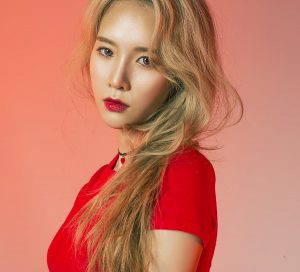 Hello everyone, and welcome back to another edition of The SB Mixtape!

Our latest mixtape is inspired by the emergence of a couple of idols-turned-singer-songwriters. Former Tahiti member Dasom caught my eye last month as Soma, and went on to be featured in our Unsung Artists segment. Meanwhile, Glam‘s former leader Jiyeon captured our attention with the announcement of her solo debut as Lucy. Considering how loved Glam was before controversy led to their disbandment, and Jiyeon’s momentary reappearence on SMTM4, there is a lot of goodwill towards Lucy, and her debut will definitely be watched with hopeful eyes.

These two ladies got me thinking about other female singer-songwriters in K-pop and Korean music as a whole — and with it being Women’s History Month in the US, I was inspired to challenge myself and create a playlist that featured songs created by woman.

The composing and lyric credits on every song in this playlist belong to women, and they are all performed by women as well. A large part of the list comprises singer-songwriters from different parts of the Korean music industry, from Neon Bunny, to IU, to Dal Shabet‘s Subin (her latest single may not yet be on Spotify, but you’ll love her earlier stuff, too!)

However, I’ve also endeavoured to highlight songs produced by more than one woman, like BoA‘s “The Shadow” — while the singer penned the lyrics for her fans, the song itself is a Kenzie creation. Fiestar‘s “Today” is another example of this, with Linzy involved in all aspects of the song and Yezi co-credited for lyrics.

Sadly, due to the lack of JYPE artists on Spotify, songs like Baek Ye-rin‘s “November Song,” and “As I Am,” and Suzy‘s “Question Mark” (with Urban Zakapa‘s Jo Hyun-ah) couldn’t be added to the list, but I highly recommend you give them a spin on your music player of choice (or 2nd choice, if Spotify is 1st). Other songs to check out include Younha‘s “Home,” Lee Hyori‘s “Miss Korea,” and Spica‘s “You Don’t Love Me” (also by Lee Hyori). And if you’re looking for a throwback, Hyuna is the only person listed in the credits for her 2013 Toyota campaign song, “My Color.”

All of that said, it doesn’t mean that songs co-credited to women can’t be celebrated, either! Brown Eyed Girls, Amber, Bolbbalgan4, Lee Hi, Ha:tfelt, Soma, and many more besides are involved in creating music, so be sure to check out their work as well.

What are some of your favourite songs produced by women? Let me know in the comments below!