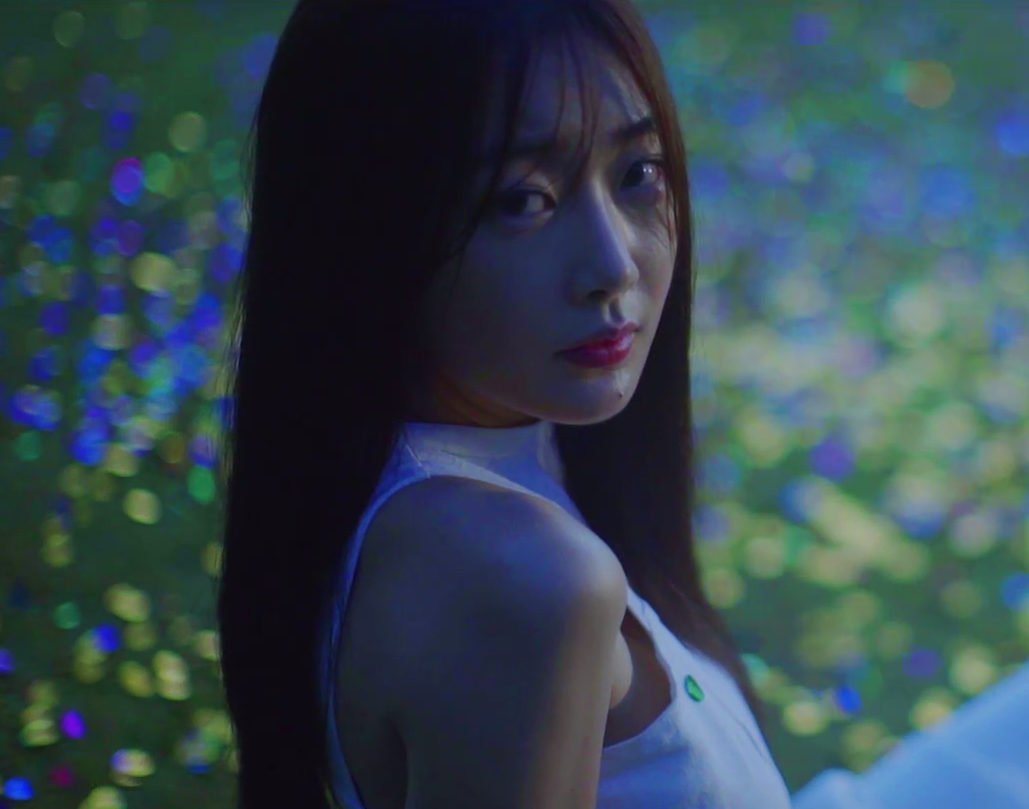 Dal Shabet’s Subin presents a brilliantly alienating MV with her release of the single, “Circle’s Dream.” The MV transports the audience into a realm of the fantastical, characterised by overtly vibrant landscapes and the dichotomised colours of red and white. Upon watching it the first time, I felt at once displaced and discomforted by the image that it put forth.

The MV is reminiscent of Sigmund Freud’s psychoanalytic theory in his essay “The Uncanny,” where the uncanny refers to an image of the familiar that has been made strange. The fictional realm of the MV that constructs a pretense to the familiar world of reality is gradually made unfamiliar. The illusion that the viewer is able to sympathise and imagine themselves as the figure onscreen breaks down. The image of the protagonist as a figure of the familiar self is disrupted and reconfigured as the MV pushes on.

Subin first appears alone in various static backdrops of the grass field of blue glitter rain, a balloon scattered space and finally on a wooden balcony. The scenes vacillate between each other in abrupt cuts, adding a fragmentation to the overall vibe of the MV. As the MV progresses on, each scene becomes populated by two images of Subin, sometimes in disorienting and opposing angles, while at other times both figures occupy the same space.

The result is a stark disorientation that gives me the creeps. The multiple number of Subins onscreen vary between one to as many as five. The veneer of a realistic world becomes strange and rooted in a surrealistic, fragmented fantasy. What makes it even more discomforting is the manner in which all the images of her are staring straight at the camera, almost as though expressing an awareness of being watched.

Frued’s conceptualisation of “The Uncanny” gives rise to discussions about the ‘double,’ or more commonly raised in discussions of doppelgängers. K-pop is not unfamiliar with the concept of doppelgängers, a trope with its roots in Gothicism. However, Subin’s “Circle’s Dream” amplifies the notion of the ‘double’ by multiplying the figure of Subin beyond the typical image of only two. The MV pushes the boundaries of doubling and consequently inspire the fear of “The Uncanny” ever so strikingly.

When confronted with the ‘double,’ there is a fear because the individual is made to confront a projection of herself, becoming aware of her conscience and the double as an unacceptable other. Freud puts forth that this projection of the double is a manifestation of a buried self in order to preserve a self-image that is desirable – effectively, the double represents the darker facet of human psyche that is denied by the self. 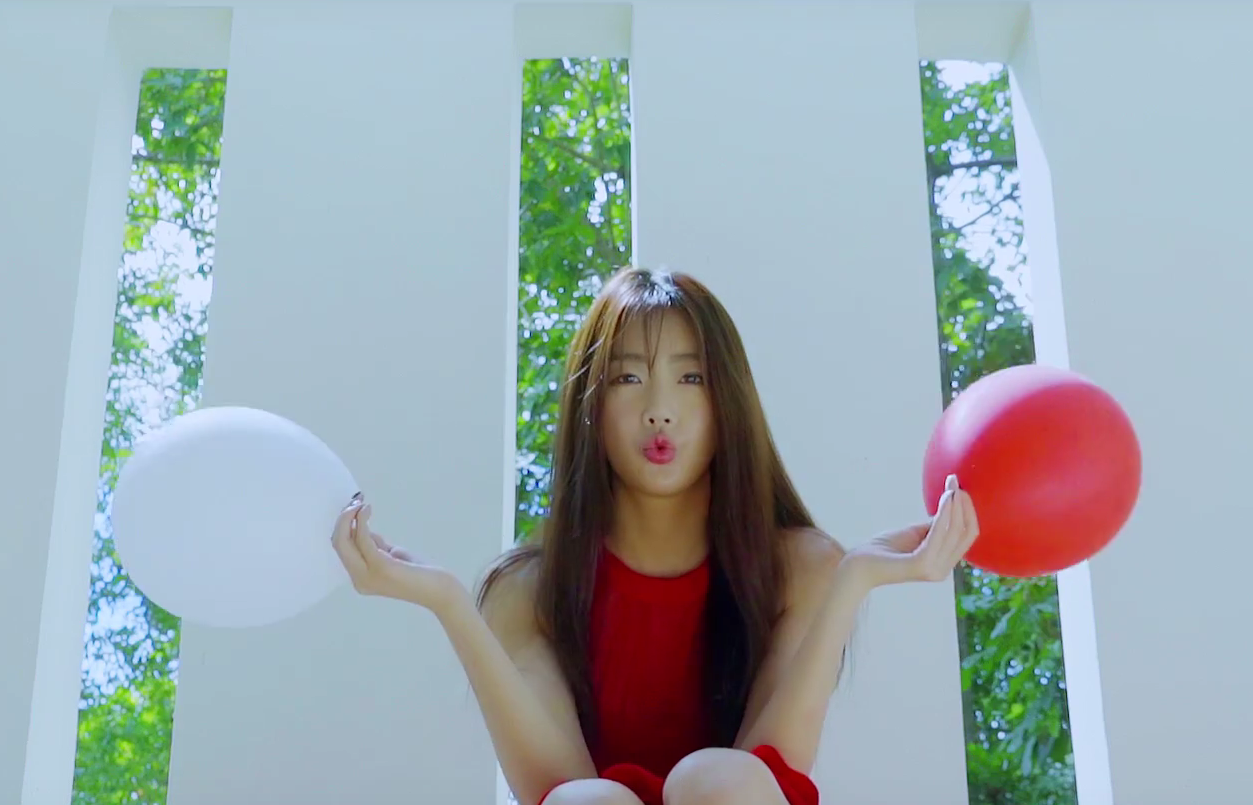 What is fascinating but also immensely terrifying in the MV for “Circle’s Dream” is how the MV places Subin as the figure of the double. The camera, and by extension the screen we are viewing the MV, is transformed into a plane that projects Subin as the other. As she stares into the camera and back at the viewer, she vocalises what Freud would consider the submerged thoughts of the viewer.

The violence implicit in the lyrics, delivered through Subin’s placid vocals, makes it even more jarring and brilliantly chilling:

It is a song that verbalises the intense insecurities of the self and the desire to reform the self, to the extent of acceptable self-mutilation. The transition to becoming angular is a re-sculpting of the individual’s physical for, while at the same time expressing a desire to inflict harm on others.

Taking into consideration the notion of the ‘double’ as a visualisation of an individual’s worst fears, the MV then successfully sheds light on the possibly crippling self-doubt and pressures of society to be a certain shape:

Adults say
That being round makes me look happy
But why don’t I have any happiness?
Don’t you have a single degree of truth in you? 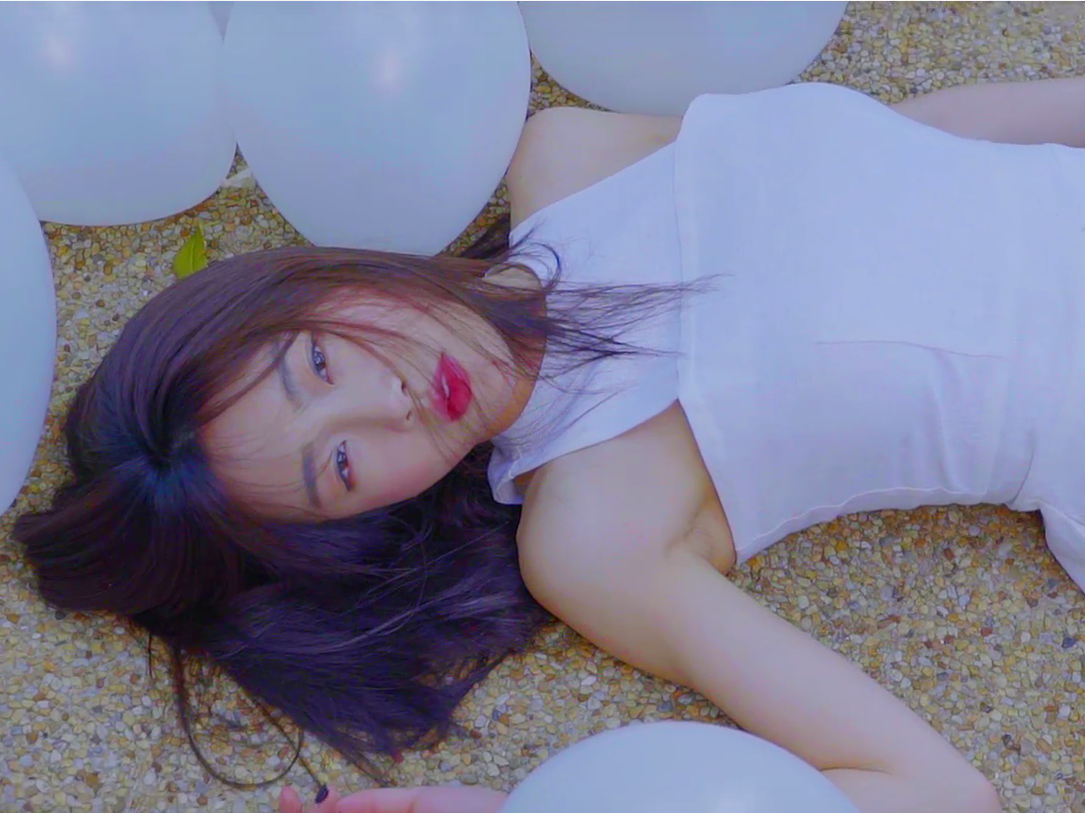 The very nature of the MV, with Subin seemingly speaking to the viewer, then forces us to question whether these plaguing thoughts of self-doubt should be entirely submerged. The violence conveyed almost too placidly through the lyrics also points towards the insidiousness of submerging such thoughts and feelings of insecurity.

It is a song that describes a desire for acceptance so strong that perverts the individual, so much so that these thoughts can only be manifest through the figure of “The Uncanny.” It is a desire that has morphed and mutated beyond acceptance, existing only through the rejection of our denial of its presence simply because it seems too monstrous:

There is an acute perversion of desire that has taken the form of violence. It is a violence that is enacted both on the self and on others – a determination to carve an existence into the world, even if it comes at the cost of bodily mutilation.

At the same time, the song also vocalises a narcissism of the individual. It narrates the desires of the individual, in trying to construct some form of self-image that is palatable to an external world. Falling back to Freud’s notion of “The Uncanny” and the ‘double’ as the projection of a submerged self, “Circle’s Dream” speaks of the desire to reform the self in a bid to become acceptable. It is a song that verbalises the inner most fears of being rejected and hence extremities that will be undertaken to gain acceptance in the world.

This amplification of Subin as the other that is speaking the submerged self-doubts and desires of the viewer becomes unsettling, which is brilliant when speaking of what the MV and song has achieved emotionally. It forces the viewer to face the issues of self-image by presenting the figure of the ‘double’ as a figure of “The Uncanny.” The MV aims to disorientate and provoke, which it achieves. Watching the MV hence becomes an experience that is simultaneously a process of alienation and confrontation.

Watching the MV a second time gives me even more chills. The MV creates a bubble of existence between the reality of the viewer and the fictional dreamscape of Subin within the realm of the MV. Freud postulates that only when faced with the unfamiliar, will the individual be motivated for self-protection. Working in the same way, the MV forces us to question self-image and the pressures to conform, possibly arguing the need to banish these harmful notions for self-preservation. This surreal experience dissociates and discomforts, where we are forced into confronting these whirling and endlessly plaguing thoughts.

Perhaps coming off as a Siren song of sorts, it traps the listener and viewer in the fantasy of its own construction. Once the MV begins, we lose our ability to immerse ourselves within the realm of fiction. Rather, the MV is constructed such that the barrier between fiction and reality breaks down as long as we are watching and listening to it. It is precisely this that makes the MV enrapturing yet immensely terrifying all at once.