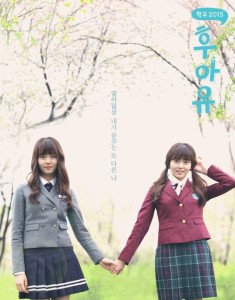 From twins swapping lives to characters with multiple personality disorder, there has been no shortage of doppelgängers as a motif in recent K-dramas. The cultural fascination with doppelgängers extends to K-pop as well: the interest in idols who are practically clones of one another never seems to end, and the doppelgänger appears in varying forms in MVs.

The figure of the doppelgänger might have roots in the myths and religions of several cultures, but it was brought into the realm of Western literature first through German gothic literature, and then through influential English gothic novels like Mary Shelley’s Frankenstein and Robert Louis Stevenson’s Strange Case of Dr Jekyll and Mr Hyde. A doppelgänger can take on different forms: it can be a ghostly counterpart of a person, a double (such as a twin or a person who looks the same as another, but may not be biologically related to him), an alter ego, a reflection, or even a shadow. Whatever the form, the doppelgänger is a duplicate of a character, although it usually has a different personality or behaviour from its original.

Given that K-pop has been dabbling in gothicism for some years, it’s no surprise that the doppelgänger—a common trope in the gothic mode—surfaces in MVs. But why use the double, or doppelgänger, as a motif? In other words, what does it achieve? Why do doppelgängers fascinate and yet weird us out? It is worthwhile to note that while the double is not exclusive to MVs with a more gothic aesthetic, it seems to produce an eerie effect even in a less dark setting. 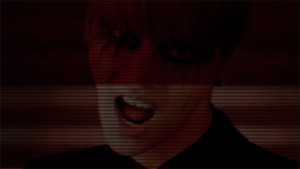 Although we are often unwilling to admit it, we all have within us negative qualities or the potential to behave in socially unacceptable ways. A doppelgänger may have these negative traits that we try to suppress and reject. By giving form to dangerous impulses, the doppelgänger allows us to confront what we have repressed. It may also give rise to a struggle between our “good” and “bad” side, and serve as a moral warning. This type of double usually appears as an evil alter ego.

VIXX‘s “Hyde” uses Strange Case of Dr Jekyll and Mr Hyde as a reference point to portray a character who is struggling to keep his abusive and murderous impulses in check. In the novel, Dr Jekyll transforms into the deformed, monstrous Mr Hyde by drinking a potion. He intended for this to allow him to act out his darker impulses without affecting his conscience, but he gradually loses control and transforms into Mr Hyde involuntarily. 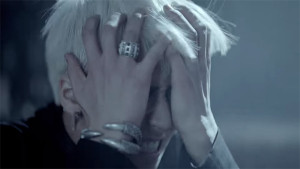 In “hyde”, the reason for the emerging evil side of the persona is unclear, and the persona is presented more as a victim of the dark force that is threatening to consume him. This draws the listener in through a sense of sympathy: as much as we would like to condemn the persona as simply evil, we cannot do so, because his moral side is still part of him. If we were subjected to this same dark force, we would want to be understood by others that we are the victim, even as we appear to be the aggressor. Even though the evil double seems to embody all that we view as immoral, we remain attracted to it because it is in some way part of every person.

On a broader level, the unease that a doppelgänger creates stems from more than its characteristics. Even if a doppelgänger isn’t evil, it can still be startling and bizarre. Unless we are born with an identical twin, we generally believe that we are unique in terms of appearance. The presence of a doppelgänger challenges this belief, and also disrupts our control over ourselves. Because a doppelgänger bears such striking resemblance to its original, and yet is autonomous, its behaviour may be misattributed to the original and affect others’ views of the original. 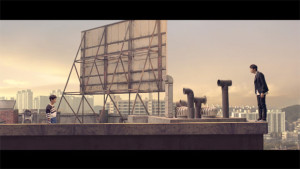 An example of a non-evil double is JB’s doppelgänger in GOT7’s “Stop Stop It” MV. JB’s character confesses rather unpleasantly to his crush (played by TWICE’s Dahyun), threatening to jump off the rooftop if she rejects him, essentially forcing her to accept him or else become the cause of his death. Dahyun doesn’t hear him because she is listening to loud music. Unconcerned, she walks off, and the door opens again to reveal a second JB. The original JB falls off the roof in shock, and finds himself in the future, where Dahyun is now his girlfriend and is much more bubbly (as he explains in the MV commentary). By the end of the MV, JB finds himself back on the rooftop, a few moments before the confession. What action he takes is never revealed, but it is strongly suggested that his doppelgänger from the future has changed what he was intending to do. Despite the positive outcome, the presence of his doppelgänger still produces a shocking and slightly creepy effect.

At times, a doppelgänger may not even fully resemble its original in appearance, or share the same gender. Zico’s “I Am You, You Are Me” MV employs a male/female doppelgänger pairing. The MV reverses the chronology of a typical relationship in which a couple begins dating before wearing couple outfits and rings. Zico and a cashier at a convenience store he frequents find themselves dressed with uncanny similarity every time they meet. The cashier girl is visibly unsettled, and tries to differentiate herself by removing her jacket in one scene, only to find that Zico is wearing the same T-shirt in a different colour. They even wear the same accessories, and their shoelaces come loose at the same time. 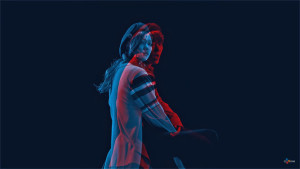 Although the idea of accidental couple outfits creating a couple is cute, the MV executes this coincidence with a dark undercurrent that attests to the disconcerting effect that doppelgängers can have. As doppelgängers prompt us to realise that there may be multiple selves fractured into different bodies, a related impulse follows: that of seeking out your doppelgänger, someone to complete you. This need is also a source of unease. The attention given to couple culture, and the need to outwardly portray this state of “completeness” in the form of couple outfits is expressive of the anxiety of being incomplete. It is also telling of how fragile this state ultimately is.

Disruptive to ideas of self and other as it may be, the double has remained an important device in literature and other types of cultural texts. In its many forms, it holds up a mirror for us to confront the dark, hidden parts of ourselves, and to reflect ever-changing concepts of identity and selfhood.