HA:TFELT Challenges Convention and Expectations with "Me?" 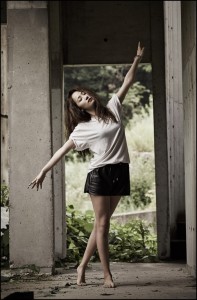 There are so many things I can highlight that make HA:TFELT‘s Me? a landmark album in K-pop and one of the strongest releases of the year. Not only is it a sophisticated, gripping listen, but it manages to be both incredibly polished yet emotionally raw.

Known to many as Ye-eun from the Wonder Girls, HA:TFELT showcases her own artistry in a cohesive and dynamic way, unapologetic about going against the grain or alienating those who subscribed to her established persona.

HA:TFELT has not kept quiet about how much time, effort, and emotion has gone into creating this album. In interviews she’s mentioned that her artistic vision for Me? went against what management saw as a more commercial release, yet she stood her ground and fought for the album to be structured the way that she wanted.

It’s fitting that the mini album is titled Me? since it challenges all previous perceptions of the idol Ye-eun with her identity as the artist HA:TFELT. The songs on the album feel experimental and slip between genres.

What remains central, though, are thoughtful lyrics, high-quality production, and powerful vocals. Most of the songs tend to reflect on loneliness, heartbreak, and disappointment but still offer a fair amount of variety despite the overall gloominess of the album.

Me? starts off with “Iron Girl” which features rap parts from fellow Wonder Girls’ member Lim. The raps seems slightly misplaced in this song, especially the one in the middle, but HA:TFELT’s vocals shine on this song without being flashy, coasting atop guitars and drums that make the song feel more like soft alternative rock.

“Iron Girl” makes for a great introduction to the album, considering the song’s discussion of a woman standing against adversity and the doubts of others only to succeed in spite of low expectations. It reflects HA:TFELT’s journey from the fall of the Wonder Girls to the release of Me? well with its poetic lyrics that emphasize the metaphorical importance of self-assurance and determination. However, there are moments where HA:TFELT speaks bluntly, with lines like:

This is followed up by one of the more experimental tracks on the album, “Truth.” The second song is rooted in ambient electronic production, which matches the somber lyrics asking someone to resolve a long-running conflict with honesty. “Truth” swells in intensity over the course of three minutes and forty-five seconds with impressive subtlety, and HA:TFELT’s vocals chase after the swells with explosive vocals, especially in the song’s last third.

At this point, strings, drums, and claps suddenly come in to replace the quieter snaps of the song’s beginning, only to fade out at the very end for the song to return to the initial mood. The desperation of the song fit the blunt attitude of the lyrics, which are less adorned than anything on “Iron Girl.” This fits since “Truth” is certainly one of a few vocal showcases for HA:TFELT, who shows even more maturity and instinct as a singer and composer than she was known to be prior to this release.

The title track, “Ain’t Nobody,” takes the experimentation to another level, refusing to be a simplistic ballad with its smooth transitions into dubstep and trap during the chorus. HA:TFELT continues her trend of speaking plainly about her own emotions and the perspectives of others, suggesting that it’s easy to get swept up in our own fascinations, be it her attachment to a lost love or an ex-boyfriend’s preference for superficial, short-term relationships. 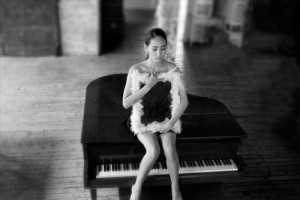 The music video seems to reflect that talking point as the choreography implies the explosiveness of those intense feelings, and the plot displays both a man’s and woman’s aversion to the pain of potential loneliness.

Next up is the sultry “Bond,” which fuses hip-hop and electronica over a cleverly gritty remix of the James Bond theme. The instrumental alone is phenomenal, but HA:TFELT’s vocals are deep, rough, and reflect the tension of wanting a “bad boy” even if it may end in chaos. Beenzino offers a rap verse that’s mostly predictable. Nonetheless, it fits well enough with the trope that the song is playing with, although I would have liked to hear more singing lines from HA:TFELT in their place.

It makes sense that JYP thought this song would work well as the title track since it’s sultrier and easier to build a promotion around. However, I think it fits well an album gem that fans have to dig a little for. “Bond” is a standout track and a prime example of how taking risks can turn a song that could have ended up being cliché into something fresh and unique.

“Wherever Together” offers the most curious moment on the album. It’s purely an electronic dance track, resembling the likes of a Zedd production. This makes this song flatter than most of the other tracks on the album, especially since there is more empty space for the production to shine. However, the vocals that HA:TFELT does include are bright and loud, which transitions the album to its most optimistic moment, with lyrics about the potential of new love taking two people on a promising journey together. 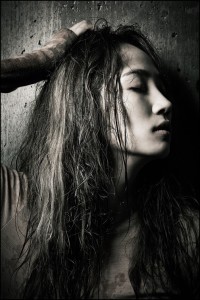 After this is the sentimental, guitar-ballad “Peter Pan,” which takes us back to the album’s tendency to fixate on specific themes. With “Peter Pan,” HA:TFELT discusses how the harsh realities of life can destroy the youthful spirit of hope and love and wishes for an opportunity to escape to a more worry-free existence.

This song is a grower, starting out simple but building up to something greater. Honestly, “Peter Pan” is a safer, weaker track for this album, but what saves it are HA:TFELT’s vocals at the end of the song — piercing and chill-inducing. The track won’t feel overly special in its style or message. Still, its sensitivity and sincerity shine through on this vocal showcase.

“Nothing Lasts Forever,” the final track, ends the album on a mood of mourning with its lyrics and its back-story. HA:TFELT wrote this song for a long-time Wonder Girls fan who had passed away from a brain tumor. As she had come to know the fan very well through visits, the song was meant to reflect her own regret and remorse over losing someone so important. For that reason, HA:TFELT chose to use the stripped-down recording of her vocals.

Plain and emotional in its lyrics, “Nothing Lasts Forever” compliments “Peter Pan” with its theme of life bringing about pain and hardship for those who don’t deserve it.

While the song feels as lonely as the melancholic instrumental sounds, HA:TFELT brings a resolved feeling of comfort in that she won’t forget the person she lost, despite this confusion over the strangeness of fate and bad fortune. It’s a vulnerable close to an album that started out with something akin to a battle cry for those who have been empowered by hardship. 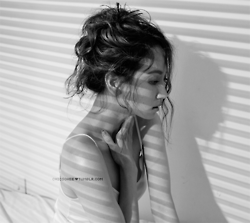 However, the overall message of Me? focuses on how all of these varied emotions of sadness, wanting, and loneliness can sum up to the whole of a person that is both tough but capable of reflecting honestly upon their own hidden vulnerabilities and fears. HA:TFELT’s release is special in its boldness, experimentation, and composition. After listening, one really does get the sense that she fought for this album to be made exactly the way she had imagined, and the result is definitely something worth experiencing from start to finish.

Me? is a powerful and raw re-introduction to Ye-eun, showing that she has much more to offer in her artistry than what conventions may expect. One can only hope that others won’t underestimate her next time.