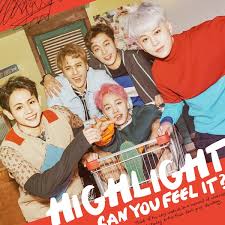 After a rather tumultuous departure from Cube Entertainment, we are now officially introduced to Highlight, the new old group comprising five members from what was previously known as Beast. Having set up their own company, Around Us Entertainment, Highlight has finally made its debut with a six-track EP, Can You Feel It.

Having suffered the loss of a member and having undergone a name and company change, fans have been waiting – yearning, really – for this whole debacle to be finally put to rest. And with this new EP, it is, indeed, a new start for the band. There was undeniably, however, a tinge of worry and trepidation as fans held their breath for the release of this album – Beast was, after all, one of K-pop’s top tier boy groups. Would Highlight be able to surpass themselves?

Well, they certainly were — and with great finesse and style, and with simplicity as their modus operandi. Prior to the actual release of the album, the band had chosen “It’s Still Beautiful” as a pre-release track. As mentioned previously, one of Beast’s strengths had always been their ballads, and their ability to draw out emotions through their slower songs. “It’s Still Beautiful” is no exception; if anything, it only serves to prove that Highlight is an upgrade from Beast, if their ballads are anything to go by.

The lyrics centre on the idea of how even when a love is lost, the beauty of what it once was does not lose its splendour – and is that Junhyung I hear singing the entire last verse? A song with no rapping at all, it is a delight to hear Junhyung singing, and his mellow, slightly tense voice weighs in wonderfully. It gives the band’s overall sound an added depth – something that nobody even knew was missing, until now. The track also relies purely on the piano and the layering of voices, and it truly demonstrates Highlight’s ability to put the soul in soulful. This was a track quite unlike any of the ballads that Beast had previously produced, and having it as a pre-release track certainly upped the expectations for this new album.

Thankfully, the rest of the album does not fail to deliver. The album begins and ends with two upbeat songs, “Plz Don’t Be Sad” and “Can You Feel It”. With both tracks, there is also a certain cleanliness and clarity in the production sound, rendering both songs a delight to listen to. The former is a cute, fun song where the boys implore their lovers not to be sad. “Can You Feel It”, on the other hand, seems to be a track directed at their fans.

Can you feel it?
We’re coming for you
There’s no longer a long wait.
I feel the same
I will not leave you alone I promise you 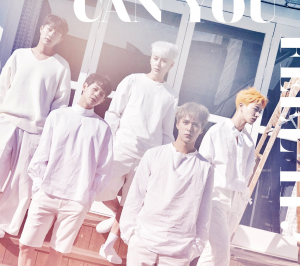 While it is not uncommon for bands to write songs dedicated to their fans, this one is especially significant, given the road that Highlight had taken in order to produce this album. “Can You Feel It” is a poignant, slightly bittersweet end to the album, despite its upbeat tempo.

Sandwiched between these two electronic tracks, are “Start” and Dangerous”, which continue the simplicity rhetoric. Again, there is great simplicity in the way that these two songs are produced. Much like “It’s Still Beautiful”, these two gentle R&B tracks are rather thin in terms of texture – there are fairly few instruments being played together at one time. In this way, the focus is kept on showcasing the members’ diverse vocal timbres, creating thicker textures out of layering their voices rather than relying on instruments. Such a production method certainly works for Highlight, and makes for a very pleasant listening experience.

As the first EP produced under Around Us Entertainment, Can You Feel It is a very significant album. Technically speaking, the boys have close to nine years of experience under their belt, but this is, nevertheless, a debut for Highlight. Still, their wealth of experience shines through in this album. They know where their strengths lie as a team, and they know how to use their voices and what sounds best for each member. Listening to this album feels just like meeting an old friend after having spent a long time apart — growth is evident, but they remain the same at the core. There are obviously strains of Beast that are evident in the music, but overall, Can You Feel It truly showcases Highlight’s personality and talent.

(Images via Around Us Entertainment) 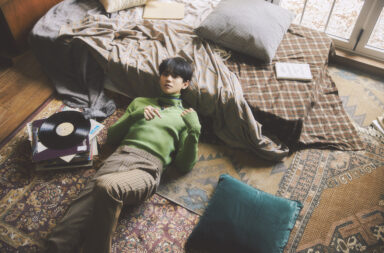 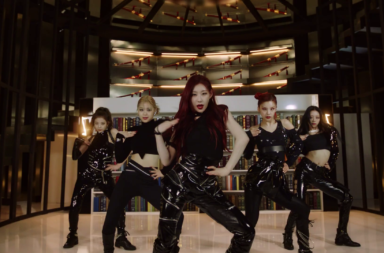