Solve the "Mystery of Venus" with Hello Venus 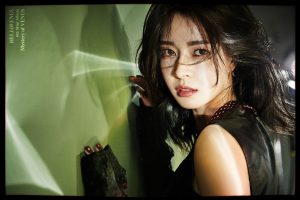 As mentioned in our recent roundtable, my resolution this year is to listen to more girl groups and the opportunity has already come with Hello Venus and their 6th EP, Mystery of Venus.  My experiences with Hello Venus have been limited to “Do You Want Some Tea?” and “Sticky Sticky,” so this album brings a fresh and different approach to them that I really enjoyed. The mini album is an amalgamation of previously released tracks done in collaboration with the writing team Devine Channel, plus the new title track.

The title track this time around is “Mysterious,” which laments the feelings of curiosity that comes with being interested in a person you just can’t figure out. The song is upbeat, with an addicting whistle and piano combo that gets stuck in your head in the best way. The video is fun because it expresses the playfulness of the lyrics while playing with the “mystery” aspect of the title. The lyrics ask questions we all ask when fawning over a new love:

What facial expression, what food dish do you like?
Can you watch scary movies by yourself?

It compares the new infatuation with a book you want to know the ending of or a movie you didn’t finish. You want to know everything about them and that’s relatable. The vocals stay light to match the song and none of it gets to be overpowering or overdone.

“Runway” is a dance/pop pre-release track, part of the aforementioned collaboration. The song talks about dreaming and wanting the other person to open up more, to let the girl in. To let their feelings be known because she’s already lain everything out on the table. How does it tie in with the mystery theme? Well, there’s always a sense of uncertainty in any new relationship, a sense of not quite knowing where things are going yet. Hello Venus has already told this person: “I like you so much/I won’t hide myself/You know how I feel”.

However, this other person is still holding back. Despite the pleas to please get on the same page, there’s still that edge of “will they/won’t they” at play here. The mystery is this: will they open up or not? It’s not something we get a resolution to, but the vocalists do an amazing job of emoting just enough to get us invested in this relationship, yet not overdoing it to the point of sounding like a girl pleading and begging pathetically to be loved. 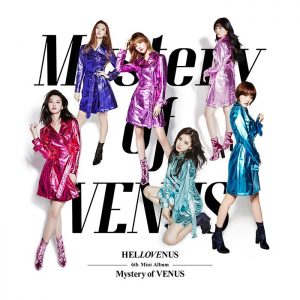 This leads us to “Glow,” which is the slow jam of the album. Now this is a departure from the somewhat bubbly sound of the rest of the album, but it’s got some legit R&B vibes that keep it from being a typical sad ballad. It’s slow enough to make you slow down and think, and if you’re in the right mood it might produce a tear or two. The definite high point of this particular song is the last chorus with Seo-young and Alice. The next rainy day you get, go outside and listen to this song.

The final track is “Paradise,” the last of the Devine Channel collabs. It ends off the album with a retro-inspired track that will have you snapping your fingers all over the place. This is easily the song where Yeo-reum really shines. It’s the best track to lead out because it feels like closure. It’s not so upbeat and dancey like the first two tracks, where you want more, but it’s just the pick-me-up you need after the somberness of “Glow.”

“Paradise” again brings in the mystery that has been the theme of the album. The lyrics reflect this:

Why do my eyes keep going to you?
Strangely, I’m shaking
I have a good feeling for some reason
This isn’t like me

A mystery isn’t always about some deep dark secret or figuring out the whodunnit? moment. In this case, the mystery is simply not knowing what may happen but trusting it to be something good. 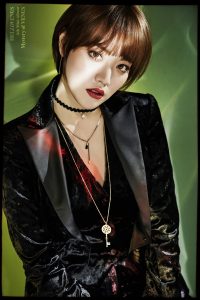 What Hello Venus has done with Mystery of Venus is produce good music. It isn’t sexy for the sake of sexiness, or in hopes of appealing to a new (read: male) audience. It isn’t red lipstick and smoldering gazes in an attempt to be seen as mature. The album doesn’t include unnecessary runs or struggle high notes or many of the distractions found in a lot of girl group music. The vocals are sharp where they need to be, nothing sounds strained, the songs are relatable and the music is well produced. Devine Channel and Hello Venus is a good combination and the real mystery here is why this hasn’t been thought of sooner. The Mystery of Venus is case closed: It’s a good album. 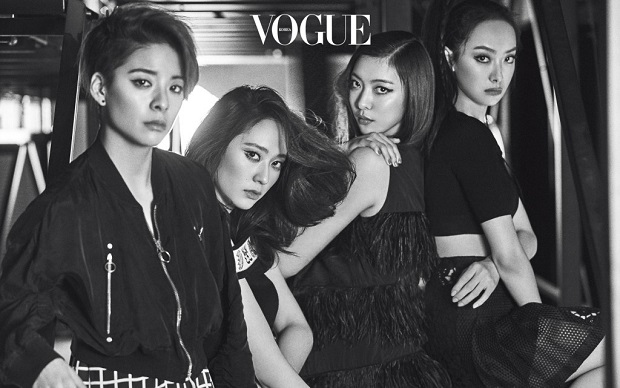