Welcome back, readers, to the Best of Weekly Music Shows! The Lunar New Year was still felt this week, with everything before Friday not airing a new episode. Among those shows that did air, there was quite a divide. Suzy won Music Bank, Dynamic Duo and Chen won Inkigayo and while M!Countdown didn’t air, it was announced that AOA won. It was a busy week for comebacks, with Red Velvet joined by Huh Gak, Masc, and Shin Ji-hoon. Below are my five favorite stages of the week.

I admit it: I have a weakness for jazz and Broadway-inspired choreography, and Hello Venus’s latest comeback has both. “Mysterious” isn’t particularly complex, but there is something to be said for nailing a simple routine, and they nailed this. I loved the gunshot peel-off used to open the dance, I love the short kick-line in the chorus, I love the backup dancers that came straight from The Maltese Falcon. “Mysterious” is pure, theatrical fun.

I have no idea why I like this so much. “She” is a cheesy, over-the-top pistache of a genre that I as an American and programmed to hate. And yet, Top Secret’s disco fever has infected me. Somehow, the things that should make it lame force it around to being glorious. Smiles large enough to see from space, too school for cool choreography executed with enough precision to  slice through cement, and a song that is less disco-inspired and more straight-up disco all work together to turn “She” up to eleven.

There are no words to describe “Hakunamatata”. The debut track from coed group Walwari, “Hakunamata” is purely unique in a way most K-pop can never be. It’s random and off the wall, consisting of 30% beatboxing, 20% vocals, 10% Disney references, and 40% dance breaks; all adding up to 100% what-the-heckery. And it somehow works. It certainly draws attention, and it does make you want to dance. Even if you can’t dance, because Walwari can’t really dance either.

It appears that Vromance is out to remind the world that not just hip-hop can speak to the plights of a generation. “The Jobless” is a smooth R&B track lamenting the wretched state of millennials. Having been told that a college degree is the key to success and happiness, Vromance is showcasing the reality faced by a lot of youth — debt, a crappy part-time job, and the feeling that everyone around you has managed to figure this “adult” thing out while you’re stuck without money, without love, and starting to lose your friends. “The Jobless” is bitter and disillusioned, and the epic vocals of Vromance only give it more punch.

Inkigayo has a knack for putting on special stages, and they should really keep it up. This week, we got a chance to see the MCs — Jisoo, Doyoung, and Jinyoung — step out from behind the microphones and onto the dance floor. While I would have preferred to see a more integrated routine, I did enjoy a chance for each idol to showcase the area of dance they favored. Following up the three sexier routines with the cheesy crowd routine of “Someone In the Crowd” was just the cherry on top.

Any performances you think I missed? Leave them in the comments! 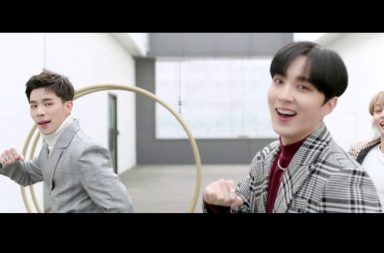 TST Fail to “Wake Up” an Audience