Jung Joon-young's "The First Person": A Reprieve for the Heartbroken 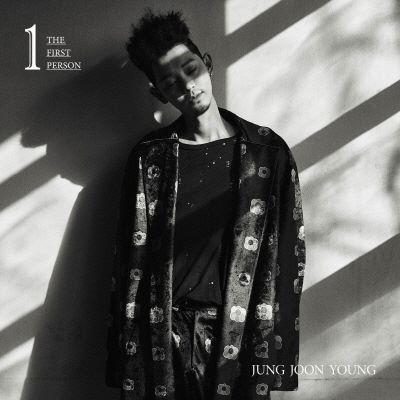 After the shocking news of his scandal, Jung Joon-young departed for France in October 2016. For a period of close to four months, he was reportedly travelling France in preparation for his new album release. Following his recent reappearance in variety show 2 Days & 1 Night, his newest album, The First Person, was finally released on Tuesday, 7 February 2017.

One of his previous albums, Teenager, was dominated by heavy rock beats and guitar riffs. His own band, Drug Restaurant, produces music that fit into harder rock, with more explosive guitar riffs building upon a pulsing bass line. These songs speak of Jung Joon-young’s tendency towards rock music as a means of expressing his own uninhibited spirit. The free-spirited musician does, however, have a reserved and contemplative side that surfaces in the music he produces.

The First Person presents a series of melancholic songs that deviate from his image as a rocker. Instead, listeners are presented with a more introspective collection of works, one that is perhaps more honest about Jung Joon-young’s emotions and state of mind. This is not entirely a surprise as he has also been associated with the stunning ballads that he delivers, evident in his previous songs such as “Sympathy” and “Amy” that he has included in this album as well.

The first track of the album is titled “Intro” and it records Joon-young speaking. Presented as a conversation, it speaks to the listener and wins over with an honesty even before any of the songs are heard. His sombre voice narrates in English, “Please don’t be sad. Hope these songs can be little gifts for those who are suffering from heartbreaks. Thank you.” He, as a musician, has promised his listeners a gift to heal the soul. A connection is made between listener and musician that envelopes the listener with a slightly melancholic yet soothing presence.

Following the first track, “Princess” and “You & Me” are ballads that resonate in the listener’s ears with melancholy. Joon-young’s deep voice resounds with sorrow that infects its listeners with the ache of regret and loss. Coming with an MV, the title track “You & Me” follows the story of a lost and irretrievable relationship that one can only painfully relive through memories. Jang Hye-jin’s feature in “You & Me” pushes the song forward with a voice that has a tinge of sorrow, refraining from being overly bubbly or sweet.

Unlike the first two songs that overwhelm with orchestral melodies, songs like “Artist” and “Star” possess a simplicity in their construction that moves the listener even more. With barely any instruments making up the melody, they speaks of a certain beauty in being stripped bare and exposed – emotions that are raw for the world to see. Listening to them through a earpiece, these songs create a space of contemplation in its skeletal compositions. The soundscape of these two songs captivate in its message that is scattered beautifully like fairy dust through music.

“PSYCHO,” sung entirely in English, is supported primarily by an acoustic guitar. Despite the glaring title, the lyrics are heart-breaking. It relates the story of an unrequited love that grows alone. Joon-young sings,

You are always in my mind
My heart is filled with the love for you
But you don’t love me at all.

Being sung in English, the song is reminiscent of English rock ballads. In actuality, numerous of his previous songs too seem to have influences from Western rock music. A good example would be the song “Friends” from album, Teenager, that remind me of songs such as The Maine’s “Growing Up.” The versatility of Joon-young really shines through here, revealing the variety of influences he has had as well, especially from the Western music scene. The singer also recently released a Chinese version of his song, “Sympathy,” indicating the wide reach of his music across geographical and language barriers.

Despite Jung Joon-young’s desire to cast himself in the image of a rocker that is wild and beyond the confines of this world, his charisma shines through in such melancholic tunes. His voice itself finds a way to capture and soothe in its sombre tone that enraptures his audience. Admittedly, confining himself to ballads perhaps limits his experimentation with music, but this album does serve to prove his ability to captivate even only with his voice. 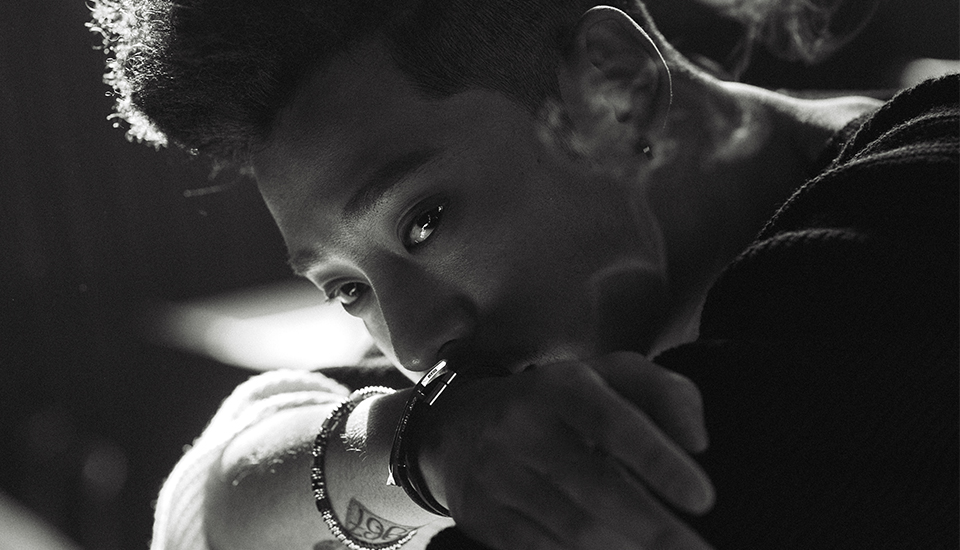 The album closes with the song “Outro/Echo,” with heavier beats and an electric guitar lining its melody. Joon-young sings with an edgier voice, recalling his previous rock songs. His character pushes itself through in this song, with a familiar sound of his explosive voice that might have been buried in the rest of the songs on this album. Ending on such a note, it creates a disjuncture from the solemn image previously established through the album. Instead, I see it as an attempt to break away from the despair and melancholy, proceeding with new vigor in his music.

Titled as “Outro/Echo,” it fails to offer a closure. Rather, as it ends one tracklist, it pushes open another door, one that is bursting through with energy. Indeed, the final song does exist as an echo that resounds and creates an anticipation for what is to come next. Hopefully for Joon-young, as one sound fades out, another comes to take its place. The songs in this new album surround sadness, so much so that it pains me to listen to it. It is leaden with sorrow that affects especially because of Joon-young’s sonorous vocals.

Going back to his words in “Intro,” I truly believe that this album is speaking to a population of broken-hearted individuals, offering itself as a temporary reprieve through shared melancholy. Brilliantly written and composed entirely by Jung Joon-young himself, The First Person is honest in its emotions delivered. Perhaps for a while, as the songs play in the background on an especially troubling night, we can each be soothed by Jung Joon-young’s music. Having returned from a prolonged absence, maybe this is his way of telling the world that as we stumble and fall, we can find ways to comfort ourselves and recuperate, through expressions of grief and more importantly, through music.