Hello everyone; hope you all had a good weekend.

It’s Halloween on Monday, which means many of you have been dressing up and celebrating this weekend. If so, I hope you had fun! And for those of you waiting for Monday, I hope you have a fun time, too!

Halloween has been increasing in prominence in South Korea, especially among young children. But the competitive pressure over costumes has led to some kindergartens taking a more low-key approach to maintain the fun spirit that is seen to set Halloween apart from the more formal traditional Korean festivals.

Aside from kids, idols usually also deck out in various costumes for the occassion. However, celebrations this year have been more subdued in light of the protests against President Park Geun-hye. Cube and SM‘s Halloween parties were effectively cancelled; but Music Bank did provide some costumery, as idols arrived for recording as vampires (Pentagon), Greek gods (SF9), and more. My favourite has to be Bulldok as revheads, riding into the Music Bank car park in mini cars. 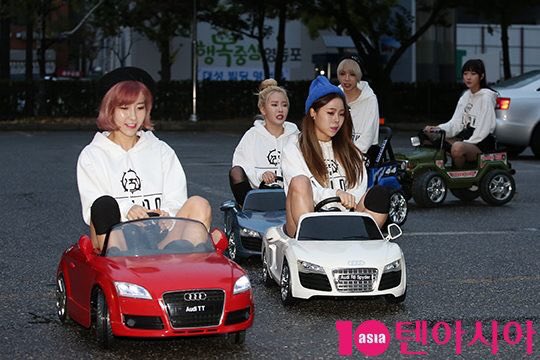 Readers, what were your favourite Halloween costumes from this year? And what about your own costume? I know I already asked this in the post for our latest Halloween-themed playlist, Supernatural, but I would still love to hear about them!