When YG‘s Lee Hi made her comeback last month, some things, like her soulful voice and retro-inspired music, were the same as ever; but, there were also differences. Not only had Lee Hi matured; but under the guidance of Tablo and his HIGHGRND sub-label, she also had the opportunity to look beyond YG. From Shinee‘s Jonghyun, to The Barberettes‘ Shin-ae An Wheeler, to Dean, to fellow HIGHGRND act Codekunst, and Californian singer-songwriter Ilsey Juber, Seoulite part 1 brought Lee Hi into contact with a variety of influences.

The second half of Seoulite, though, is pretty much a YG affair. With the exception of one song, familiar company names like Teddy, Kush, P.K, Lydia Paek, Dee.P, Kang Uk-jin and Rebecca Johnson assist Tablo in painting Seoul as a city of R&B and loneliness. But while the familiarity is appreciated, it’s just not as exciting as what the outsider producers have to offer.

Teddy and Kush are behind lead single “My Star,” a dizzily happy ditty that has a slight country twang to its retro R&B sound. The only cheery on this half of the album, it’s about Lee Hi finding her star, gun, fate — her everything — in her relationship. This is a rather pedestrian song; but coming as a follow up to the part 1 singles, and paired with a cute MV (co-starring One, formerly of 1Punch), it passes muster as a single. And on this half album, it serves as an illusion that is about to be shattered five times over.

“Blues,” “Passing By,” and “Up All Night” present a plaintive trio of heartbreak. “Blues” — from Rebecca Johnson, Dee.P and Tablo — captures the pain of separation. Lee Hi’s voice is soft in the verses, but her signature vibrato betrays emotion that finds release in the middle-eight and final chorus key change. The Lee Hi-penned “Passing By” is set to an ’80s chorus; she and Kang Uk-jin craft a guitar-driven ballad paired with Lee Hi’s higher register, singing of driving a lover away.

Kang Uk-jin teams up with Tablo for “Up All Night,” a piano-led ballad addressing insomnia. Lee Hi’s delicate higher notes are beautifully desolate, as are the harmonies with the female backing singer. Her lower notes during the final chorus make for a lovely aural experience. Tablo’s feature (with what sounds like Mithra Jin on echo duty), though, is redundant: he adds little to the song lyrically, and we miss a chance to hear what Lee Hi could have done with that section.

There is only one other feature in this half, and thankfully it is one that works very well. Bobby‘s aggressive and desperate growl in “Video” plays off with Lee Hi’s resolve to not put up with a boyfriend whose “eyes are wandering,” creating a compelling narrative.

Her lyrics are penned by Dean; and if the alternative R&B sound didn’t give it away, he also composed “Video,”  alongside fellow Joombas songwriter Le’mon. This is the only non-YG song on this half of the album — and it’s also the most interesting, right down to the funk guitars hanging out in the background, which underpin Lee Hi’s new-found DGAF attitude towards her philandering boy.

Final track “Missing U,” from P.K and Lydia Paek, brings us back to that classic R&B sound. And while the order thematically makes some sort of sense, coming off the intrigue of “Video” just makes “Missing U” more disappointing than it should be. The overstretched notes in the chorus don’t help either, causing it to drag. That said, it does remind you of urban nightscapes like the city of Seoul. 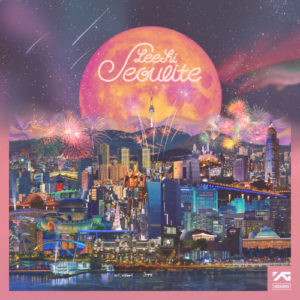 It may have been three long years since Lee Hi’s last album; but it has given her the chance to see out her childhood away from the limelight, and take the time to nurture her skills, talents and self. Seoulite is a showcase of Lee Hi’s growth in this time: there is a noticeable maturity throughout this album, be it how Lee Hi tackles different themes, the more subtle emoting with her vocals, or her involvement as composer and producer. This is just the start, of course, but I am definitely looking forward to seeing Lee Hi grow further as a musician with her future releases.

And while she has established retro as her sound, and is ably catered to in that aspect by the House of YG — they have produced some solid music on this album — I hope Lee Hi continues to extend her boundaries with more collaborations, because tracks like “Hold My Hand,” “Fxxk With Us” and “Video” are truly the most interesting songs on Seoulite.

And while Hi Suhyun‘s “I’m Different” is included as a bonus track in the full version of Seoulite, I do hope we get to hear more all-girl collaborations in the future, too!