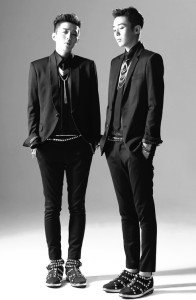 Admittedly, last year’s slew of idol-agency disputes as well as the ongoing “exodus” have left us all a little jaded as it seems no company nor idol group could be spared from their share of conflict. While the majority of fan and media attention is on disputes featuring the biggest names and labels (the harder they fall, after all), disagreements between humbler agencies and less popular artists often slip by unnoticed. Or, they can steal away to China, as Woollim is claiming Tasty duo Daeryong and Soryong have done after business negotiations broke down.

And while the Chinese-Korean brothers’ departure from Woollim isn’t exactly new or even that surprising, it’s notable to see how quickly and decisively Tasty has proceeded following their break from the company. On July 15th, Tasty updated their Weibo page with a post announcing that the duo would be ending their eight-year stay in Korea after failing to see eye to eye with Woollim. “Although our time in Korea is ending, we won’t stop making music,” they reassured fans.

Woollim responded with a statement the next day, expressing confusion and concern. The company revealed that they had been working on a Korean and Chinese comeback for Tasty in June, and could not understand why the duo had abruptly left without any notice and cut off all communication when they had already completed recording the new song. Still, Woollim was quick to add that they were not jumping to conclusions, and were waiting to hear from the twins.

As it turns out, Woollim didn’t have to wait long. Tasty took to Weibo again, this time to directly address Woollim’s statement of supposed ignorance:

?? One-sided disappearance? What about the time we talked with the directors and the CEO? We told you thoroughly about the things we couldn’t understand and you told us that the company understands. To say now that we suddenly disappeared and it is unilateral…we don’t understand. 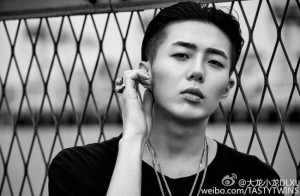 In regards to the recorded comeback song, Tasty insisted it was Woollim Entertainment who had been acting one-sidedly, accusing the company of ignoring the members’ opinions and threatening a comeback delay if the duo did not cooperate.

Woollim did not offer any further comment on the issue until a week or so later, when Tasty suddenly announced a Chinese single, set to release on July 26th along with teaser photos of the twins. Woollim’s statement to the media was brief. “We are shocked and dumbfounded,” the agency said.

The next day, Tasty uploaded a series of screencaps of their KakaoTalk chat with Woollim CEO Lee Jung-yeop on Twitter (which were later deleted) to discredit Woollim’s claims that the twins had severed contact and acted slyly to advance their career. Through the screencaps and Tasty’s own explanation, the duo returned to China on June 3rd and was shown to have called Lee Jung-yeob a few days later on June 6th.  Then, Tasty called the company again on July 21st, the day they announced their Chinese single.

In response, Woollim issued the classic “say nothing while still saying something” PR line, “We are looking into it.” 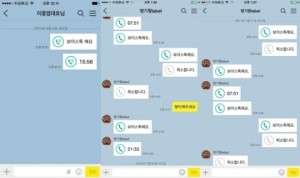 To be fair, Woollim later released a response to clarify the KakaoTalk screencaps. It was true that Tasty had contacted the CEO after returning to China, but the duo had not called with any other intention but to demand the cancellation of their contract with Woollim. The company did not acknowledge the second call placed on July 21st, claiming that Woollim had found out about Tasty’s upcoming Chinese activities through social media networks. At this point, Woollim concluded:

But today, they [Tasty] once again only used SNS to say things that make them look like they continuously tried to contact us.

Woollim’s latest statement lies in direct conflict with the company’s original report, in which Woollim presented themselves as completely blindsided by Tasty’s leave to China, as well as the duo’s Chinese activities. While the content of the calls between Tasty and Woollim were not revealed, the fact that Woollim confirmed at least the first phone call between the two parties shows that the agency was well aware of the twins’ departure an entire month before the news officially broke. With this knowledge, Woollim’s earlier statements about being caught off-guard seem far too naïve to be believed – rather, the company comes across as rather manipulative, feigning surprise in order to paint a picture of a trusting agency and two traitors. 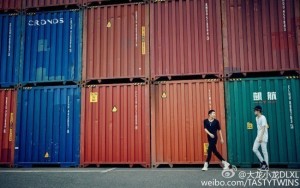 This certainly isn’t the first scandal Woollim has dealt with by any means, but perhaps the first conflict in which the company has been embroiled in publicly with its own artists. Past issues have shown that Woollim, as a small company, deals with scandals solely with the goal of self-preservation. Sacrifices have to be made by small companies to ensure survival, whether such sacrifices translate to CEO Lee Jung-yeop selling his home in order to fund the company, or Woollim neglecting to defend (and subsequently losing) Tablo during the TaJinYo controversy in order to protect the company’s budding boy group.

In the case of Tasty, it was clear from the start that the duo were a far more experimental venture than say, Nell or Infinite, and the uneven proportions of investment between the Woollim artists showed in Tasty’s sparse discography. Despite debuting in 2012, Tasty have only produced two single albums. Their most recent promotion was the digital single “ADDICTION,” which was released nearly a year ago. During the same time, Woollim debuted their first girl group Lovelyz – maybe Tasty had predicted they would be placed into storage for the remainder of their contract now that Woolim had a safer, potentially more popular project in their hands. 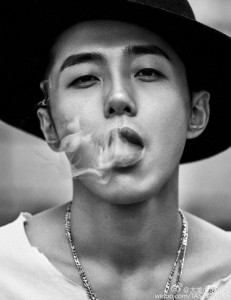 Woollim does have legitimate cause for complaint, however. On July 26th, the Tasty twins released not one, but two Chinese singles, “S.E.X.Y” and “AAAA” through their Weibo. Currently promoting under the name DXLX (a stylized combination of their Chinese names, Da-Long and Xiao-Long), Daeryong and Soryong are making clear, and rather bold, violations of their signed contract with Woollim Entertainment. In many ways, Woollim’s PR tactics regarding Tasty is reminiscent of SM’s handling of Kris and Luhan’s departures from EXO in favor of China, and perhaps this has something to do with the merger between Woollim and SM C&C. Or, maybe not, and Woollim is naturally attempting to maintain control as the company continues to grow. As Tasty makes attempts to advance in the Chinese music market, it’ll be interesting to watch how Woollim attempts to resolve the situation, though judging by previous cases, the conflict between Tasty and Woollim isn’t getting resolved anytime soon. 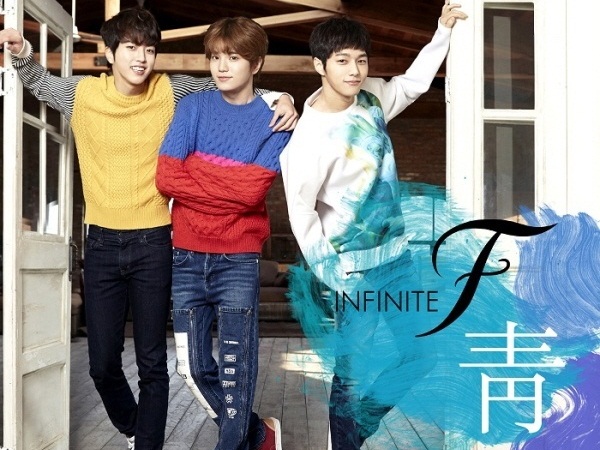 Tasty is Quite “Spectacular” 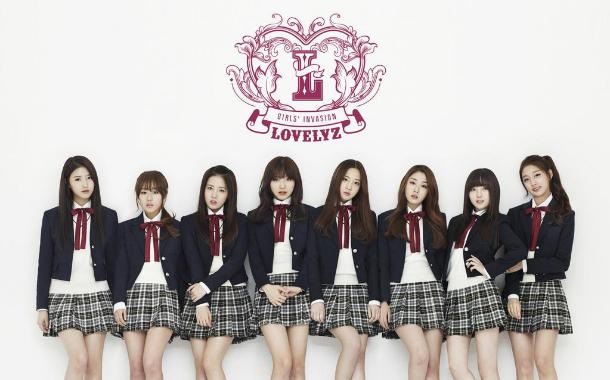