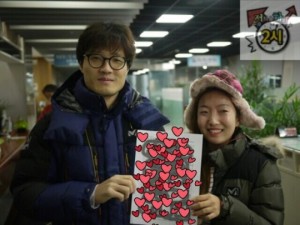 Welcome to December everyone!  Can you believe it’s almost the end of the year? Just in case you missed anything while recovering from Turkey overload or had been busy fighting the crowds during Black Friday sales, here’s some of the things that happened last week in the K-popiverse.