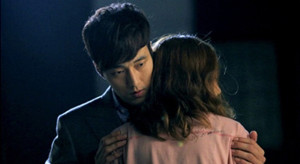 The last week in K-pop turned out to be surprisingly good for K-drama fans as three solid new K-dramas debuted to take the place of the ones that concluded the week before. Which of the three were some of my favorite things? Keep reading to find out.

The following are the 5 Things that happened in K-pop last week that I thought were a bit more special than the rest. Spoilers ahead, so turn back now if you’re not up to date with your K-pop and don’t like to know things before you see things.

The Tasty twins made a strong come back last week with their new title track “Mamama” from their second single album Spectacular. They’ve labeled the genre of “Mamama” as swing/hip hop and it worked for them and showed growth vocally since their debut song “You Know Me.” Anyone else think they look like they could be Yoon Eun-hye’s younger brothers?

4. From Taemin, With Love

There couldn’t be anything possibly cuter than Taemin‘s planned event for Na-eun while he was away in Japan done by his hoobaes Exo, right?! Wrong. Taemin’s reaction when trying to see if Na-eun was wearing the bracelet he bought for her on the music show broadcast was cuter.

Not any more at least. MBLAQ‘s latest release “No Love” off of their special album Love Beat was definitely something to love. The MV for the song was a sweet and simple behind the scenes video that was meant to be a gift for fans, along with the album, as they kick off their world tour.

2. Turning Heads with a Good Doctor

Joo Won returns to the small screen as the lead in Good Doctor. He plays a controversial pediatric surgery resident who is autistic with savant syndrome which gives him the ability to understand and memorize the intricacies of the human body, but his autism restricts his social skills to that of a 10 year old. The story is well written and paced and Joo Won’s character Park Shi-on, is definitely an underdog you want to succeed in a world of hospital politics. Here’s a clip of one of the lighter moments in the drama with his onscreen sunbae, Cha Yoon-seo, played by Moon Chae-won.

All three of the dramas that began last week: Master’s Sun, Good Doctor, and Two Weeks started off with strong debuts. Of the three though, I would say that Two Weeks was the most well rounded: good story, great cast, awesome acting, etc.  Lee Jun-ki plays Jang Tae-san, a gangster who’s spent time in jail, but is not a totally bad guy. He finds out that he has an eight year old daughter suffering from leukemia and that he is a match for a bone marrow transplant and can save her life by having the transplant surgery in two weeks. The only problem? His former gangster boss and his high powered colleague has framed him for murder and instead of taking the chance of him convincing police of his innocence–they decide to kill him off. This clip from the drama is when he meets his daughter for the first time–although he wasn’t supposed to seek her out and she wasn’t supposed to know who he was.