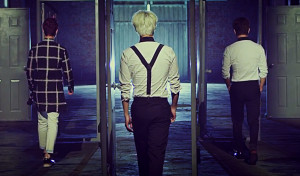 This week, in idols and music, we took a look at MBLAQ‘s “Mirror,” the lesser known releases from the month of May and 2PM‘s “My House” comeback. This week’s mixtape was part 2 of songs that have garnered music show wins.

In fashion and TV topics, we covered the first four episodes of Orange Marmalade, our favorite performances from last week’s music shows, idol comeback concept photos, the last episodes of Ex-Girlfriend Club, episodes 4-6 of The Producers and the series Angry Mom.

Our Sunday Social listed our multiple giveaways and interviews, and our latest Buzzbeats episode was all about Exo. Our Roundtable looked at our favorite Japanese releases from Korean idols. And our Week in Review segment continues, covering the highlights of the week.

As per usual, I’ve chosen a few comments from this week to highlight:

When I think of Japanese releases by Korean idols, and the benefits of creating a career in Japan, FT Island definitely stands out. Unlike a lot of groups who go to Japan to compensate their lack of success in Korea, FT Island’s delve into the Japanese market lost them a lot of their popularity. For the first few years, the decision to go to Japan would probably have been seen as a failure of a marketing decision equivalent to that of the WonderGirls and the US. They went from being the rulers of the small pool of idol rock bands in Korea to being the little fishes in the big pond in Japan. They sacrificed a lot in going to Japan, but musically, I think it’s probably the best thing that happened to them. Like a few of you mentioned, Japan gave FT Island the opportunity and freedom to learn, grow and develop their musicality and artistry and make the music which they want to make.

My favourite FT Island Japanese song would have to be Beloved, I just love it so much. Actually, the whole Top Secret single/mini album is pretty awesome.
Other songs that I love are:
UKISS – Tick Tack
SHINee – 1000 Years, Always By Your Side
IU – Beautiful Dancer, Monday Afternoon
Big Bang – Let Me Hear Your Voice
SNSD – Galaxy Supernova 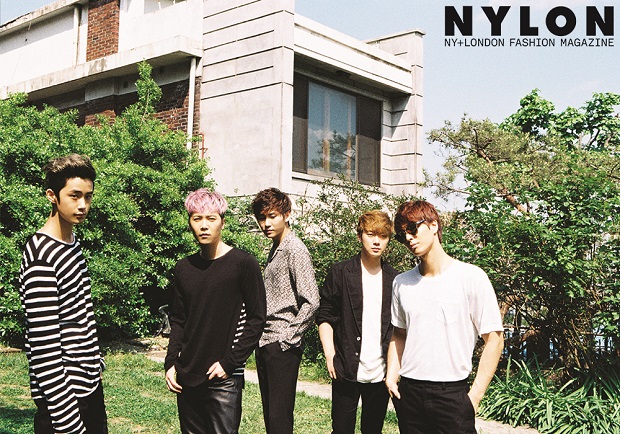 I think what most people fail to realize is that there is a popularity cycle to idol groups. While Shinee is a very talented and might be more musically articulate, they cannot be compared to Exo because they have already been past that phase that Exo is right now. Shinee are already well-established and don’t need that extra boost to fame because they are already considered top tier. People complain how Exo is in your face and other groups deserve to be more famous but someone has to be on the top of the game. People always side with the underrated ones because they don’t have enough exposure but once they do achieve that fame, they have nothing left to prove and people look for another group who is less appreciated.

SM knows that an idol group’s popularity is always short lived. I think it’s the same with every other group out there right now. B.A.P, BTS, etc. have promoted at least twice a yr because their companies know that while they’re at the peak of their fame, they have to strike the iron while it’s hot and keep the momentum going. If the group is on hiatus for at least 6 months, a new group will debut and take a lot of the fans, then the older group will lose that “It” group title. 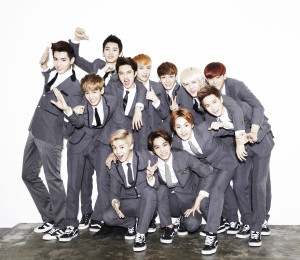 I love you guys for keeping it objective. I think I’ve begun to understand myself as well, as to why even though I have only less than a handful of EXO songs that I really like is that because instead of connecting to them as a “fan”/”EXO-L”, my connection to them is like that somebody who I know, or should be able to relate with in many levels because several of them are the same age as I am, and if there’s any age difference, it really is not that significant.

I also agree that EXO is at’s turning point. Like a coming-of-age kinda thing. And since they’ve made that of an impact in the industry, whether others wouldn’t like to admit it or not, and the path they take from here is important. I’m so glad how Kris, Luhan and Tao‘s conditions were pointed out as they really ARE- severe symptoms of a system that is bound to self-destruct in the long run. I mean, in the entirety of the time that I’ve been lingering around kpop, I haven’t heard of a band that’s got members leaving here and there.

Also, I also believe that like EXO is in it’s turning point, the kpop culture (if not the Korean society) is at a stage where cultural norms are being challenged and how they will perceive and act upon these challenges. Not only are the dynamics of breaking into the music market are being criticized, but EXO has got more than one member (most recently Kai, as I’m sad but ready to admit) that have been lashed on for problematic actions.

I mean, strategically speaking if the Korean economy relies heavily not on their korean market, but on their international market as well. I think it’s safe to say that it’s the same with the kpop industry. They have to deal a very diverse market and I think taking time to actually consider making a breakthrough by being a group that really invests in understanding their increasingly diverse fanbase’s (especially since fanbases are SM’s lifeblood) thoughts and perceptions. I really think it would be an extra boost to them. It’s basic marketing and economics. 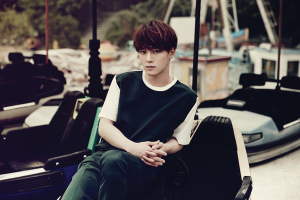 Also! YouTube, for goodness gracious sakes! So much could be done through alternative media to help them keep connected to the fanbases while letting them have the time to explore their artistic talent. I mean, from what I’ve read Chanyeol, Chen and Yixing have amazing potential when it comes to songwriting. Needless to say we have D.O. who can pull of those non-kpop songs and (imo) Suho who has much potential in music as well. Worried that they’d lose the fanbase by giving EXO a break from the mainstream music scene and letting them grow as artists? I think that’s too much backward thinking and it’s time for SM to revise it’s strategy.

Although for that last part, I strongly believe that the fans have a strong chance to give their hand in it as well. I mean, if there’s anything I’ve learned during the short time I followed one budding actor in America-Stephen Amell– is the companies need to give their artists their own ways of connecting to people as well. Be it through facebook, youtube, instagram or even a blog that visitors could have a reasonable assurance that the artists themselves are writing on. It doesn’t even need to be fancy. Not just through fansign events, not just through merchandise that are short-term profits in all cases. It isn’t even that costly and the investment returns can be very exponential.

(Mentally hoping someone can relay all what I’ve said to SM cause I’ve been speaking in some terms “business people” can very much understand! XD)

Thank you for continuing to frequent our site and participate in our content!