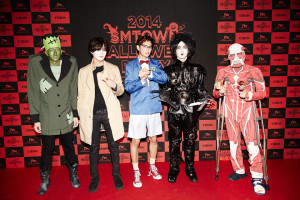 This week, in idols and music, we took at look at Oh My Girl‘s “Cupid,” AOA‘s Jimin and N’Flying‘s Seunghyub‘s Jimin N J.Don release and BTS’ comeback with “I Need U.” We also published our interview with MFBTY and took a look at SM Entertainment’s success.

In fashion and TV, we covered our favorite performances from last week’s music shows, episodes 5-8 of Girl Who Can See Smells, the end of Roommate, photoshoots with extra flair and the issue of idols entering televised music competitions.

In sociocultural topics, we looked at the Junsu vs. Concert MC situation, discussed turbans and curry as a major simplification of Indian culture and returned to the Iggy-CL comparison.

We also covered the YouTube effect and discussed the variety shows casts we’d like to see in our Roundtables. We brought back our Week in Review segment to cover weekly news, so look forward to seeing that more regularly in the future!

As usual, I’ve chosen a few of your comments to highlight:

RainbowsnDaggers on Just for Laughs: Turbans, Curry and K-pop

In Caribbean dishes, ‘curry’ is just ground turmeric, used to add color, flavor and thickness (for those who don’t like watered down sauce). Ordering curry would be like ordering basil. But in the UK, curry is always used to describe Indian takeaway, so it depends on where you’re from.

As for the show, can’t say I’m surprised. I’ve seen Koreans use a rasta wigs to represent Jamaica and they love to white-wash the hell out of New York whenever they film here (an impressive feat). Plus I’m pretty sure that Africa isn’t all starving babies and tents.

What I find funny about Korea’s narrow-minded view of other cultures is that when the Avengers filmed in their country, they had Marvel sign a contract saying they would not portray South Korea in a negative light. S. Korea knows how visual images can impact a viewers opinions, and their hypocrisy reeks of an inferiority complex. It’s like those actresses from the 40’s and 50’s who grew up poor, moved to Hollywood, changed their names and their faces, and became screen sirens. They did everything they could to distance themselves from their past. SK doesn’t want to learn about other cultures because they think every other culture is inferior to their own. But they will gladly take your money as they judge you.

People like to shit on SM, and I understand why, but there’s a reason why they’re at the top in the Korean entertainment industry. They’re very, very good at what they do. There have been slips and falls here and there, but they managed to get up each time. From a strictly business standpoint, I admire them a lot. 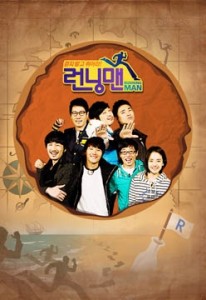 seihanda on Roundtable: Cast Your Own Variety Show!

My variety show cast is different with you and probably a lot people would disagree with me.

First, i would go with variety show veteran like Yoo Jaesuk, Ha Ha, Ji Sukjin and Kim Jongkook.
And i will add potential newbie like Lee Kwangsoo from dongyi and leesang‘s Gary.
I think gary will need a love-line counterpart so i guess actress Song Jihyo will be suitable for him.

For the show format, i am thinking about urban action variety show where the member go to certain landmark and complete some mission.
Also every member will wear name tag which they must protect or they will be oust if it ripped off.

Wow, what a nice idea. i belief this show will have huge success worldwide

That sounds like a great idea, seihanda! K-TV should really get on that, and SBS would be great for it!

Thank you all for contributing your commentary and being great readers this week! Our staff appreciates your participation our discussions.

(Images via The Star, SM Entertainment and SBS)