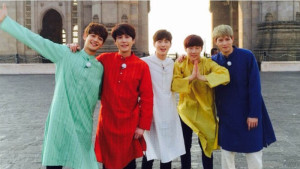 Most people, when they lack specialized knowledge, shrink away into the crevices of shame and horror, sometimes vowing to come back armed with information and sometimes taking permanent residence in that dark hole. K-pop is too hipster for that; too confident for that.

Given its brave attitude towards life and knowledge, it was not a surprise to find a complete misuse of the turban and the curry on Fluttering India. Before I elaborate on the hilarity of reducing India to two symbols – turbans and curry – I would like to clarify that the show has been unexpectedly good in several ways and that this article is not so much a critique of the show as it is of an unfortunate trend in K-pop.

In the show, the turban was used in the animated reconstruction of Indian history – the Taj hotel specifically — for contextual purposes and worn by the head reporter to prove that the team was in India; that the fancy dress competition had begun; that the turban is India. What this stupidity led to was a string of never ending ironies.

So intent on making a costume out of a nation, they failed to notice the fact that they had not encountered even a single turbaned man after landing in Mumbai; so much for the pan-Indian nature of the symbol. As for the background to Taj, Jamsetji Nusserwanji Tata – the creator of the Taj hotel – was Parsi. The Parsi community does not wear turbans – they wear small caps – and definitely not, as implied by the sketch, Rajasthani turbans. 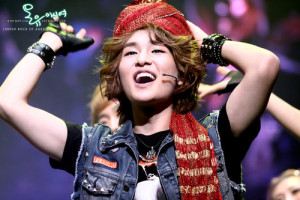 If you noticed, I jumped from religion – ‘Parsi’ – to region – ‘Rajasthani’ – within the length of a single sentence which should explain that the use of turbans fluctuates across religions and regions. Not all turbans share the same cultural burden or qualify as a distinctive part of a person’s identity. Some turbans are markers of a certain caste while some are markers of royal lineage.

In addition to religion and region, turbans are also culture specific. The turban worn by the head reporter and by Onew in his Rock of Ages performance is the kind worn by grooms in mostly North Indian weddings. I don’t even want to get into the mess that accompanies uprooting crucial aspects of a tradition and wearing it for the heck of it – I am tired of educating an industry which doesn’t even want to be educated – but will definitely mention that the two looked utterly ridiculous. What is hurtful is, of course, the fact that they most probably wanted to look ridiculous in order to meet the demands of ‘humour’ not by cracking the joke on their ignorance, but by trivializing complicated traditions into “aren’t they weird?” and hence, “isn’t this funny?”

The problem of course lies in the fact that turbans are neither weird nor funny but are in fact, the symbol which attracts an unimaginable amount of racial violence outside India. Associated with ‘terrorism’, turban wearing Sikhs – 2% of the whole Indian populations – have been subject to racial slurs, racially motivated assaults and even murder. Those who are not Sikhs but have worn turbans on festive occasions, have dared to represent their culture in countries hell bent on whitewashing and Christianizing the desi population in the call for ‘uniformity’, have also had to face humiliation, humiliation which often develops in a perverse form of hatred for their own culture. For the Indian diaspora then, wearing turbans is both an act of reclaiming their otherness and exposing themselves to, and I use the following term quite consciously, terrorism by white people.

Considering the reach of K-pop and related contents, if they still think it’s funny to trivialize the turban then congratulations, you have successfully entered the Coachella hall of shame competing neck-to-neck with instagram pictures of white women wearing bindis and hashtagging the hell out of it with #Namaste #Bindi #Third eye #Chakra #Kamasutra. Quite surprisingly, Yoon Mi-rae with her maatha patti and Tiger JK with his turban, for Wondaland, are recent participants in this prestigious race of turning culture into themes, applicable and removable on choice without having to shoulder the burden of these ‘ornaments’.

To persist on this train wreck of cultural representation, let’s talk about curry. Eyebrows have been raised when culinary experts on foreign television channels have ooh-ed and aah-ed over the fragrance of ‘curry’, about the festival of spices and other completely unrelatable nonsense. Therefore, when Koreans, including K-pop artists, claimed that the only thing they knew about India was curry, I was forced to engage with the question which has haunted me for years: What the hell is this curry?

‘Curry’ is not a dish in India. We don’t walk into restaurants and order ‘curry’ because it is not a part of the menu and because it means nothing to us. Indian-American cookbook author Anupy Singla explains in her book, Indian for Everyone:

The word “curry” is widely misunderstood. In the West, especially in the United States, it refers to a spice blend that is added to water, vegetables, and/or meat to lend a distinctly Indian flavor profile.

In the South Asian mind, curry refers less to spice and more to the consistency of a dish. We rarely—if ever—cook with the spice blend known as curry. To us, curry means “gravy.” 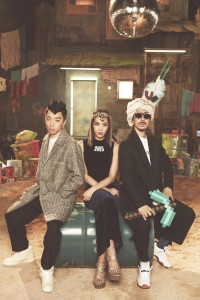 An anglicized version of the Tamil kari, curry is not a singular homogeneous entity but instead keeps on changing from dish to dish. It is not the main part of the dish either. It is, as mentioned, only gravy. The varying nature of curry also implies the lack of authenticity and hence, it is totally understandable that with globalization ‘curry’ may become more British or more Korean depending on the region and not please Indian taste buds.

What is a problem is that when you come to India, the so-called homeland of ‘curry’, and quite ignorantly ask for curry, I can’t help but snicker condescendingly. That’s somewhat like going to South Korea and referring to kimbap as sushi – makes sense but not quite. For Fluttering India, a show whose main purpose is to gather ‘correct’ information, this is surely not the way to go about it. Are you telling me you can know your macchiato, Americano and latte instead of just calling it coffee or feel ashamed when you can’t pronounce ‘foie gras’ but find it a struggle to not demand curry in a country where technically there exists no dish called curry?

No, I do not find these mishaps infuriating. I just find them pathetic, ignorant and extremely funny. Imagine going around asking people whether they’d be accepting of new cultures while simultaneously butchering theirs in their own country (I am looking at you, Suho). That makes for awesome “Remember those Koreans…”conversation but what it also makes for is a conversation on the lack of K-pop’s genuine engagement with countries they want to spread their cultural power in, and by genuine engagement I mean sitting down and talking with the people of the country, asking questions before making rash decisions, recruiting substantial number of the local population in the production team, and more. If they had done that they could have saved several minority communities the exhaustion of watching variety shows always fearing that something wrong is just about to happen.