"The Danger of the Single Story": The Road for Hope(less) & (Un)Exciting India

When it was announced that Suho (EXO), Kyuhyun (Super Junior), Changmin (TVXQ), Sunggyu (Infinite), Minho (Shinee) and Jonghyun (CN Blue) were coming to India for a variety show produced by Hello’s Counselor‘s producer Lee Ye-ji tentatively titled Exciting India, the first shoot of which is to be filmed on February 2nd for five days, it sure as hell had Indian fans extremely excited and surprised.

It is not K-idols coming to India that is surprising. The Korean Cultural Centre at Delhi has only recently entered into a contract with JU Entertainment to encourage the growth of K-pop. N-Sonic has already come as judges to the third K-pop Cover Contest and later on for concerts across three cities in India. It is well known in the country that South Korea is trying to test India as a potential market for K-pop.

However, it is the entry of these top tier artists which has taken us by surprise. We did not see ourselves making this SM–Woollim–FNC leap so soon. And we weren’t totally wrong either. For these idols aren’t coming to encourage K-pop in India or interact with Indian fans. What they are coming for is to ‘survive’ the ‘harsh conditions’ of India while interacting with the ‘natives’ to understand their ‘culture’. And as a native surviving in these harsh conditions for the past twenty years, this news has left me mildly irritated. Mildly, because this is not the first time Korean media has shown appalling ignorance and insensitivity to India.

Remember when BoA went to Kolkata in Road for Hope? If you don’t, then let me give you a short summary of the one hour and thirty minutes long episode: poverty, children, more poverty, dirt, child labour, caste system x50, abject poverty, diseases and lack of hygiene. Oh, and poverty. Some of BoA’s excellent insights included “How do they live in this place?”, “You should go to the doctor”, “You should go to school” and “Poverty”.

Now here’s the funny thing. I was born in Kolkata and the Kolkata I know is home to: one of the finest literary traditions in India; brimming with modernized Rabindra sangeet; the melting pot of world-renowned activists and academics; the battleground, along with a few states in the South, of successful students’ movements; and the birthplace of mishti doi and jhaalmuri.

This is not a minor discrepancy in image and perception. This is a complete distortion of a culture and its people. BoA, and South Korean media at large, has borrowed the white man’s savior complex because somehow economical and technological development has turned them into Korean equivalents of post-Renaissance ubermensch who have assumed the responsibility, without the permission of the so-called deprived countries, to uplift and civilize these 21st century barbarians. This intrusion into affairs of a country they know little to nothing about is part of the neo-colonial violence inflicted by the upcoming hegemonies. 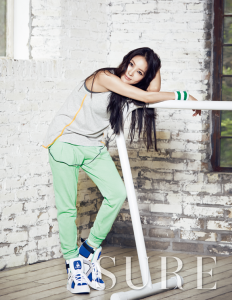 I am not denying the presence of poverty in my country nor am I denying that India is afflicted with several socio-political and economic calamities, but to repeatedly claim and portray that India is only the amalgamation of ‘children without dreams in a sad land’ is a violent denial and distortion of my identity and history. As writer Chimamanda Adichie said, “Show a people as one thing, as only one thing, over and over again and that is what they become.” The danger of the single story which Adichie elaborates on is what the Korean media has courted time and again, learning nothing from its mistakes.

Reducing India to a symbol of poverty and using it as a medium to show ‘awareness’ among idols is not only the romanticization of poverty – where five days are enough to understand and cope with the stigma of poverty – but also the dehumanization of poverty-stricken victims who are imagined as victims toiling within the system without a voice or complaint. Lack of portrayal of agency and dissent justifies the presence of these South Korean saviours who despite the grime, dirt, angry elephants, violent flying carpets, dense jungles, anacondas, anaconda charmers, Ebola/Swine flu will save the poor Indians from the poor fate because we all know that a bit of charity and bit of social service solves all problems! Yay!

It is absolutely reprehensible that idols who don’t take any socio-political stands in their own country suddenly find it permissible to pass judgements on countries they know nothing about. The confidence with which they believe they have all the right to talk about social issues in a country they have researched nothing on comes with the hegemonic power they assume and exercise over that country. This hegemonic power i.e, the power exercised by a more dominant culture on a less dominant one, maintains the Foucauldian power-knowledge nexus: Knowledge is power.

Endowed with (supposed) cultural and economic superiority, they don’t need to gain actual knowledge or an actual understanding of the ‘native’ to say “I know” but can liberally pass off their assumptions as hardcore facts about the subject country. By being a more powerful country, it holds the power to create narratives and pass those narratives as the only narrative, the single story under the illusion of understanding. It’s a two-way process: Their power sanctions their half-baked knowledge about another culture as the knowledge and their claim to this knowledge sustains their power.

This maintains the image of a benevolent helper who, by virtue of the tag, assumes power to take any action — good, bad and ugly — without actually doing anything productive. It is further sustained by the assumption that the subject is a voiceless monolith suppressing the verbalization of their knowledge and hence, effectively depriving the subject of any active power.

It is within this power dynamic that the idol decides to speak for them at large, rampantly destroying identities, histories, politics, imaginations and the painstaking research done by activists for years. They are unable to do the same in their own country because they lose their capital; from culturally powerful, technologically advanced, racially pure South Korean idols they become just idols — frivolous and at the beck and call of a production house. They can no longer claim knowledge because they are only idols and therefore have no rights to power.

While I am bemoaning their arrival in India for reasons already mentioned, Koreans fans and other international fans are scared of this nightmare dressed like a daydream  for completely different (and inane) reasons. And what better way to make tangible your fears than in the form of racist and ignorant bullshit.

Ever concerned about their oppars, Korean fans have taken to petitioning against the show because apparently the “Ebola situation in India is a mess right now”. I cannot even take this hilarity seriously. India has had only one case of Ebola, that too months ago. So this piece of breaking news has left me rather flabbergasted. Another piece of breaking news is that compared to India, the States is and has been completely untouched by Ebola because guess what, white people don’t contract diseases. 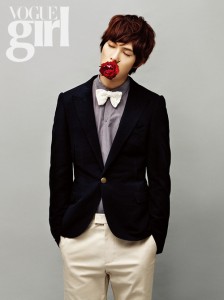 International fans, on the other hand, are behaving like what a particular youtuber calls ‘Cultured Racists’. Within a span of twenty-four hours everyone in the whole world had researched everything about India and became reliable and trustworthy critics of the monolithic Indian scenario. Cue comments from all those people who went vacationing in India for a year.

These fans are so concerned about the caste system and the condition of women in my country that they cannot fathom how their delicate oppars will deal with it. It is no surprise that they understand the caste system in the country as this abstract oppressive System, and also have the gall to think that ‘women’s issues’ is endemic to only India.

Forget the complexity of a caste system which has a different structure in every district – and we have 676 of them – I don’t think any of these concerned fans have any bloody idea of even the four basic castes. Also, I am guessing women have found heaven in First World countries because that is what these comments lead me to believe. And just in case anyone’s interested, I am an alive and unharmed woman in India. I know it’s shocking; after all, India is just a country of dead female fetuses, but I am the last one standing.

It is in these comments of fans that one gets to see the warped picture of India which has been sold time and again to unaware populations. There is a reason why Slumdog Millionaire won the Oscar despite the whole country claiming there have been better, truer depictions of India in the past. It’s because the authenticity, if any, of a disempowered country rarely lies in its hands but rather in the images produced by countries with greater cultural, economic and political capital. And the ‘authentic’ India increasingly seems to be either a medium to display your kindness and magnanimity towards its eternally silent, under-privileged ‘natives’ or a vessel of spiritual transcendence unashamedly subsuming complexities and reducing people to two-dimensional cardboard cut-outs.

Therefore, it isn’t easy for me to not be apprehensive of Exciting India or brush past the several offences done to my country and its people in the past, because it is their images, unfortunately, that hold a greater power of representation than mine will at the moment. But if they use that power to maintain their superiority while convoluting, and ultimately disregarding, social realities then I’m sorry, this show and for that matter, the introduction of K-pop artists in my country, is not at all welcome. Their Ghar Vapasi is the only ghar vapasi I’ll support until, of course, they decide to grow a brain and understand matters like informed and aware adults.

I’ll be more than happy to be proven completely wrong by this show. In fact, I am dying to be proven wrong so that I can flail over these artists finally, finally coming to my country but until then, I’ll continue to writhe in anger, frustration, tension and fear.