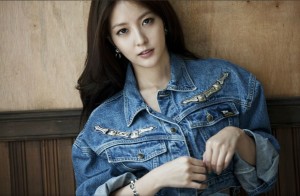 Although currently going through a hailstorm of contract and member issues, SM Entertainment is still a monster in the K-pop industry. Every little thing going on with SME groups gets attention. This unending attention speaks to the massive success of the company. So, how does SME manage to do it? How does SME continuously pop out superstar groups and make bank?

One key aspect of finding success is in knowing your target market, and SME definitely knows their market: teenagers. The teenage market, particularly girls, is a boon for companies, especially SME. It doesn’t matter whether it’s a girl group or boy group; girls eat them up and will spend countless dollars on being a “good fan.” That’s not to say that SME doesn’t target the boys. Just look at SNSD: they bring the boys out. Not to mention EXO also has some avid fanboys. And even older audiences have love for SME artists. Super Junior is now in their late 20s and early 30s and so are their fans. SME snags fans while they are young, and generally manages to keep them for a long time – as long as the idols mostly stay out of trouble. 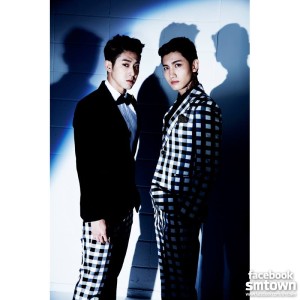 SME is very good at picking the right people for groups. Once they have figured out their target market, they pick accordingly, whether it’s based on looks, talent, or personality. SME seems to have a finger on the pulse of the market – perhaps they even manipulate the market to fit their needs.

Yes, there have been some issues — the EXO-China line, Jessica, JYJ, and Hangeng, to name a few — but all-in-all, the artists the agency have put out have been spot on. (Note: the aforementioned problems aren’t a fault of the members themselves, but of their situation.)

It doesn’t matter if the song is actually good or not, a catchy track sells, and SME is king of the catchy track. “I Got a Boy” may have caused a desire to pull hair out/cover the ears, but it’s difficult to deny that the song gets caught in your head. The same goes for countless other songs. The agency’s ability to produce such tracks almost guarantees chart presence and fantastic album sales. Thus, the groups bring in a bit of money.

Group? Check! Music? Check! Now what? Publicize the heck out of a group, which SME does oh so well. SME is a master of teasers, whether it’s an exceptional amount, confusing, requires fan involvement, or just eye catching. There are also consistent concerts. We may not see a new album for years (can we get more SHINee? Or maybe TRAX?), but you can guarantee there will be an SMTOWN tour, SHINee World, or Super Show almost every year.  SME artists’ never-ending appearances in the entertainment world and CFs go without saying. 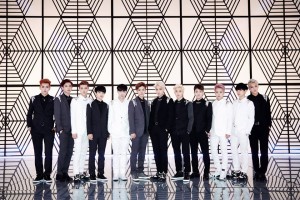 One unique way SME is using publicity is Mini EXO. How unusual and loveable was that idea? EXO mascots running around, being distinguishable as their respective member, and basically being cute as heck: GENIUS!

Knowing your fans and fan service go hand-in-hand. If you want to remain in their good graces, you better give them what they want. This goes beyond doing aegyo or being greasy on request. For SME, that equals tons of albums – which mean tons of photos and posters – and promotional activities. Any chance the fans get to see their biases is a good maneuver: the more the better. The SM Town COEX Artium is also an avenue of catering to the wants of the fans. From candles to food, SME artists are branded on practically anything a heart desires. 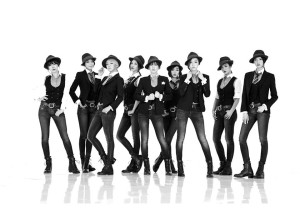 Individual groups also have their own ways of fan service. For example, in Super Junior’s case, it means quite a bit of homoerotic stage personas/actions and generally creating ships within the group.  If you google “Siwon kissing” or “Heechul kissing” the first results will typically be about another member or male label mate. SHINee isn’t far behind the group in this context either. Fans salivate and scream over such things, and keep coming back for more because the groups are probably going to give it to them.

Whether we like them or not – and most of us probably see an issue with the way some things are done – SME generally knows what they need to do for their idols. No, the system isn’t perfect — just look at groups like CSJH-The Grace, any other group that fell apart, or other idols wasting away in the dungeon. At the same time, SME can randomly throw a new member into a group with minimal fuss and come out a winner. All these steps they take when dealing with groups mean fame which equals money. Money means they keep dominating the K-pop scene, for better or for worse.

What do you think the secret to SME’s success is?