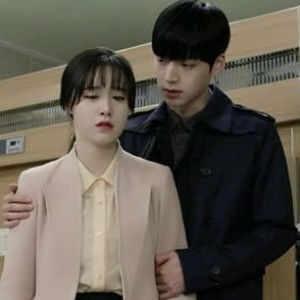 Well, that was a let-down.

Blood comes to a close in these last four episodes, and holy crap, what a disappointing ending this was. It felt like these four episodes came from an alternate universe where Blood had the same characters but different storylines because they had almost nothing to do with the prior sixteen episodes.

The main conflict throughout Blood has always been Ji-sang, Rita and the other doctors trying to figure out what is happening in ward 21A. As the story has gone on, it has become apparent that Jae-wook was using the patients in the ward as human guinea pigs for an experimental process with vampire blood, believing that in small amounts, the healing powers of the vampire virus would function but not turn the hosts into full infected.

Episode 17 starts off with this failing massively. The patients of ward 21A are being driven psychotic as a side effect, eventually developing into out-and-out vampires. Ji-sang, Rita and the others are forced to make a deal with Jae-wook to research what is happening, because if they don’t, Jae-wook will release all of them into Seoul. This main conflict is eventually solved when…actually, it really isn’t. Other than a few background references here and there, this plot thread just tapers into nothing. It can be assumed that Ji-tae will continue the research, but seriously. The driving conflict effectively vanishes. 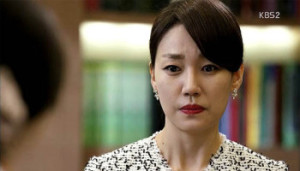 In place of that, these final four episodes are pushed by the deterioration of Rita’s uncle’s, the hospital chairman’s, health. As he is dying due to the vampire vaccine Jae-wook crafted, the tension shifts from Ji-sang vs Jae-wook over vampire ethics to Rita vs Jae-wook over ‘you killed my father figure’…for a while. Rita’s anger completely dissipates when she learns her uncle killed her parents, and her aunt was complacent, so she turns on her aunt, which causes her aunt to work with Jae-wook to kill Rita. It’s this mess of random, illogical plot that makes little sense. Blood is all over the place, and the best way to get through it is to just smile and nod, because if you think too hard, your brain will melt.

The worst example of this is Ji-sang’s fate. After a bloodbath in an abandoned warehouse, Rita is the only survivor. Ji-sang is alive, but dying; he has a couple hours at most. So, the two go up to the roof to fulfill Ji-sang’s dying wish of seeing a sunrise, where he dies in Rita’s arms. A few months later, Rita is taking a trip she and Ji-sang talked about when she is surrounded by vampires, only to be saved by Ji-sang.

This makes no sense. How is he not dead? Literally, everything known about his physiology indicated he was going to die. More importantly, how did Rita not know? He died in her arms. Did she not cry over his body and thus still be there when he woke? How long did this resurrection take? Was there no funeral? How come Ji-sang didn’t immediately call the love of his life when he realized he was human and alive? 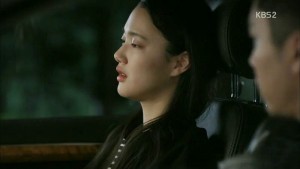 The only good thing in these episodes was the sudden focus on Jae-wook’s surviving minions. Jae-wook has been unraveling over the course of the last 10 or so episodes, frequently killing his own men. While normally, this is glossed over, Blood gave the two minions left — Ga-yeon and Chul-hoon — some great scenes.  Chul-hoon was, until these episodes, nothing more than a typical thug. But now, his family is breaking apart. His brothers are gone, and his sister won’t leave their father, even though they both know they need to break free of Jae-wook’s destructive hold. In the end, Chul-hoon gives his life to save Ga-yeon from their father, unable to bury any more of his family. Their scenes are poignant and touching. If anything, moments like these should have been included sooner.

Blood was never going to be high art. It was never going to be a ratings monster or draw viewers in like moths to a flame. It was just an average drama, if a well-executed one with enough originality to keep things fresh-ish. But sometimes, that’s what you want in a drama. It’s a shame that Blood lost its marbles towards the end of the run.