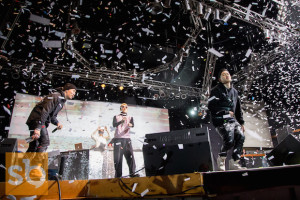 In film, fashion, and TV topics, we reviewed the best performances from last week’s music shows, the film Sea Fog, episodes 9-12 of Blood and final episodes of Unpretty Rapstar.

For socio-cultural topics, we discussed classic works that K-pop should adapt, the identity and history behind the South Korean netizen and the story behind the recent Soul Shop lawsuit fiasco.

In addition, this week we had a post dedicated to the winner of Seoulbeats March Madness 2015: none other than JYJ‘s Jaejoong for his second win in a row. Our Roundtable delved into the idol fashion that we love.

I’ve chosen a few of your fun comments for this week:

Every time I think Mamamoo can’t top themselves, they just blow all my expectations away. Every vocalist could be a solo artist and Moonbyul has already proven to be one of the better female idol rappers. Every promotion cycle is genuinely enjoyable and every live performance is clean. Now, along with great music and performances, they give us empowering lyrics too. Us Mamamoo fans are spoiled. The ONLY thing I could say that could be somewhat negative is that Mamamoo’s concepts are all similar in that they have the retro-jazz thing going for them, and it’s not exactly original except for that they are one of the few groups that are going that route at the moment. However, they’ve expanded that general concept into many more. I would just be concerned that their music could start sounding too similar. My only hope is that Mamamoo would gain more recognition because they would be a great group to represent k-pop.

Dia P on 6 Classic Works K-pop Should Adapt Next 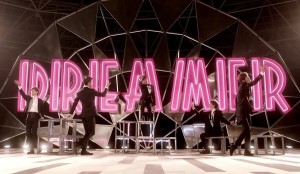 IIRC, I think HISTORY did a Gatsby-ish concept with Dreamer, but don’t quote me on that.

Personally, (while they aren’t exactly “classic” works) I would like to see some musical theatre concepts: Phantom of the Opera, for example, would be very suited to boy groups (I’m thinking of Block B or BTOB: with some girl group member walking around as their Christine). Brown Eyed Girls could definitely pull off Chicago, and I can imagine f(x) painted green as a Wicked reference (Pretty Girl?).

Now that I think of it, IU‘s music is somewhat Broadway sounding. Sometimes I think that with all the musicals that find success in Korea, that their pop music would sound more theatrical.

fangirlimnida on Exo’s “Call Me Baby”: A Performance MV Packed with Personality

If SM releases a music video for Exodus or El Dorado that is actually tied to the Pathcode yada yada, I swear I’ll be on a bangtan fasting for -insert required time- to watch cringey Exo Next Door.

As always, thank you for participating in our discussions and being awesome readers!