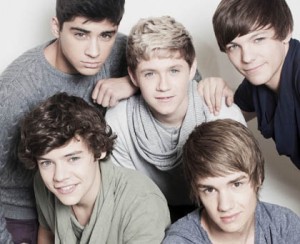 Hello, everyone, hope you’ve all had a nice Sunday.

This weekend has been a difficult time for our counterparts in the Western music fandom, as Zayn Malik left One Direction. Those in the loop knew that it was only a matter of time until Zayn bounced, but the speed at which it all happened still surprised many: one minute he was leaving 1D’s Asia Tour, the next he was leaving the group altogether.

Directioners have been experiencing much turmoil as a result; a turmoil that many a K-pop fan knows only too well — especially after 2014. Directioners and K-pop fans have had their differences in the past, so some K-pop fans are viewing this as payback, or karma for their own suffering. But while everyone loves a bit of schadenfreude, a kind word wouldn’t be remiss either.

Zayn is already hitting the studio with Naughty Boy, and One Direction is continuing its tour as four; but while it looks like things are moving on, there is still a lot to process, for everyone involved. As the 1D fandom works through these events and their own emotions, what advice do you have for getting through a group split?