One Direction's Use of K-pop is Not the Best Ever 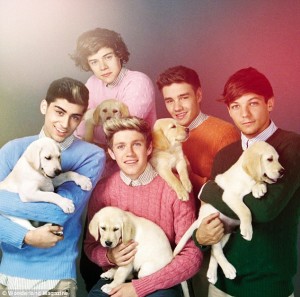 There’s a pretty popular boy band called One Direction (1D) that is getting lots of attention for their newest song and MV, maybe you’ve heard of them? Of course you have. Jokes aside, if you’re a K-pop fan who’s been active on social media you would’ve heard of them. You may also harbor some strong resentment towards their fandom, Directioners. With 1D reaching teen superstardom and with K-pop achieving global reach, legions of fans from both camps have experienced a number of clashes. This isn’t surprising considering both fandoms involve (or revolve around) boy bands and thus share a similar audience demographic, but unfortunately instead of seeing their similarities, the two fan groups have made it a point to compete instead.

You may recall from last year that Big Bang won in the “Best Fan” category at the MTV TRL Awards, a category in which they were up against 1D. This was shocking for Western pop music fans around the world as many had still not heard of K-pop; 1D fans in particular had come face-to-face with a fandom as big and as dedicated as their own. Although this is now in the past, 1D’s new MV for their song “Best Song Ever” has disturbed the already shaky ground between the two fandoms, rekindling the conflict between K-pop fans and Directioners.

Essentially, what has happened here is humor gone wrong. In an attempt to separate themselves from other boy groups, 1D has used B.A.P’s photo in what is being perceived as a slight. The K-pop community, and specifically the Baby community, has gotten all riled up. From tweets encouraging fans to over-take 1D’s Twitter follower numbers, to Tumblr posts of photoshopped images of the 1D boys, there is no doubt that “Best Song Ever” has ruffled some feathers. K-pop fans are notorious for defending their “oppas,” but this blow-up is treading earlier ground by going beyond the reaches of the Korean pop culture realm.

The divide between 1D fans and K-pop fans is fundamentally the same as the divide between different fan club groups within K-pop fandom; we’re all essentially into the same thing (aka boy bands), but that doesn’t stop us from fighting for the recognition of our specific favorite group. Despite the conflicts and emphasized differences between Directioners and K-poppers, their goals boil down to the same thing(s): they celebrate the group’s anniversaries, they make Tumblr posts to share special moments, and — unfortunately enough — they find ways to take pictures of the members when they’re out and about living their personal lives, just like K-pop fans. 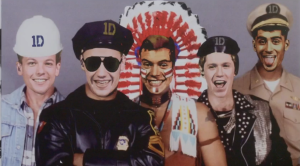 This cross-industry squabble differs from local K-pop fandom disagreements in that the K-pop fans in question are upset because of the lack of recognition Directioners have given to the magnitude of the collective K-pop fandom. To exemplify the current situation: if a 1D fan posts an ode to a group member’s hands on Tumblr, with a single photo, you can bet that a K-pop fan will counter it with a post affixed with tens of photos of a single member’s hands from a single K-pop group. This constant one-upmanship contest may seem quite unnecessary to some, but it also displays K-pop’s vulnerabilities in the face of competing with a group that obviously has a firm grasp on the international music industry.

Let’s be honest: until PSY came along, K-pop was still a super niche market that seemed light years away from being compared with or even made fun of by 1D. Now that this recognition has happened, and groups like B.A.P have gained enough popularity to be recognized as even existing, the K-pop collective is getting little more than “humor” from Western media. I’m often quick to dismiss something as a joke, but the recent upswing in negative portrayals of K-pop groups, and specifically B.A.P — looking at you, Tosh.0 — is no longer funny. “Let’s all laugh at the funny Asian guys with blonde hair and jumpsuits!” is absolutely not a joke I am willing to participate in. 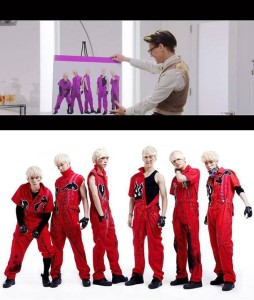 K-pop groups aren’t “funny,” they are simply different than Western groups. In the first place, there is a complete disconnect in style between 1D and K-pop, due to the different cultural atmospheres in their individual industries. The fact that B.A.P’s style is being dismissed in their MV blatantly emphasizes 1D’s lack of understanding of that difference. We saw it with “Gangnam Style” and we will see it every time a K-pop singer or group gets noticed by the international public eye.

In 1D’s defense, they did portray multiple Western boy groups as “not their style,” but a question stands out: does 1D think they’re above these successful and internationally popular groups? So they don’t want to be lumped in with the now irrelevant and washed-up Backstreet Boys? Well, I hate to break it to you, 1D, your music isn’t any less generic-pop than theirs and they had plenty of screaming fan girls of their own. The argument that 1D used those pictures out of “respect” for these other boy bands falls a bit flat; if 1D hasn’t recognized its own fundamental similarities to each and every one of those boy bands, there must be some ignorance there.

1D’s use of B.A.P’s photo may not have been a personal attack but it certainly was representative of the dismissal of K-pop boy bands as being legitimate, marketable groups. On the same level, they also instigate that Korean pop groups are as irrelevant as the other “outdated” groups used as examples. Korea may not be the place of origin of the boy group as an entity but they have been producing them successfully for many more years than 1D has been around. Groups like Shinhwa and H.O.T have been through years of anniversaries and gift-giving fan-meets with their respective fan groups before 1D had teenage girls screaming their names. 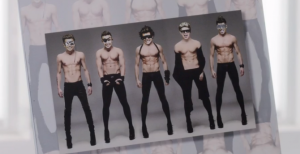 Things have escalated to a point where fans are now participating in hate campaigns that insist for TS Entertainment to sue 1D. Nothing will be gained by reacting to this issue in such a charged manner as that will only serve to damage the image of the K-pop community. Some personal advice: if you meet a Directioner online or in real life try to find common ground before assuming that he/she hates B.A.P or K-pop. Going back to Seoulbeats’ own recent series, there are so many things to love about K-pop and that’s why we’re all here. Something as small as one photo getting mistreated in an MV shouldn’t ruffle our collective fandom feathers – at least not for more than a couple of minutes. K-pop has a history of creating incredible boy bands whose popularity lasts for years and years, and that’s not something that 1D — or anyone else — can take away.