S Makes a Surprise Return with the Lovely "Autumn Breeze" 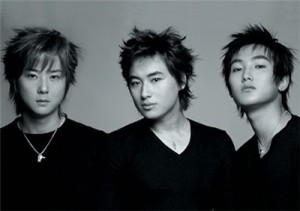 The K-pop industry is undoubtedly fast-paced and saturated. Newly debuted artists have to build a following, capitalize on their success and keep going, rarely taking breaks. If a group doesn’t release anything after a year or two (a century in the industry), most take it as a sign that the group won’t return. So when it’s been a decade, we usually take their debut as a one-off, which appeared to be the fate of project group S.

Composed of Kangta (of disbanded first-generation idol group H.O.T), Shin Hye-sung (of reunited first-generation idol group Shinhwa), and singer-actor Lee Ji-hoon, S debuted in late 2003 with Fr.In.Cl. (an industry standard level of odd acronym that stands for Friends In Classic). The album did well with the public and won them several awards, unsurprising considering the talent and fame the trio of friends brought to the group. With this kind of success, the fact that they never followed Fr.In.Cl. up was unexpected.

Since then, the three have gone their separate ways. After a brief foray into the Chinese market, Kangta has done little since his post-military comeback in the ways of performing and instead has remained behind the scenes as a performance director at parent company SM Entertainment. Hye-sung has been busy with Shinhwa since their reunion in 2012 even through a repeated knee injury that was so bad the first time he had previously received exemption from military service. Also exempted due to an injury, Ji-hoon has invested his time in his acting pursuits, most recently in the 2013 family drama You’re the Best, Lee Soon-shin.

Needless to say, they’ve been busy, which is why the announcement late last month of the group’s comeback with a new album titled Autumn Breeze seemingly came out of left field. Despite the surprise, their return is welcomed. For this writer, Kangta’s failure to follow through on his late 2013 promise on Twitter to return to the stage had been saddening, to say the least. But this album, which he produced entirely, more than makes up for it.

Autumn Breeze opens with the promotional single “Without You,” a surprisingly devastating sounding ballad about moving on. Starting with a melancholy piano, the track sets a mood of loneliness and hopelessness. The percussion, strings and harmonica (a staple of heartbreak) that join in later on only add to this tone. Let’s not forget to highlight the wonderful vocals of the group itself. They have distinct timbres that harmonize so well, evident particularly in the final chorus. From Hye-sung’s emotive tremor to Kangta’s ad libs, the execution is brilliant and moving.

But with lyrics like “Your annoying and irritating nagging/Your voice, I can’t ever hear it again/If you’re worried about me without you/There’s no need, I’m comfortable like this,” the message seems to contrast with this heartbreaking sound. This is not your average break-up song, dwelling on pain or sadness. In fact, this is the opposite: this is a song about finally moving on from a relationship, a surprise considering the music video features a couple (Lee Ji-hoon and Yuri of Girls’ Generation) longing for one another as they remember the ups and downs of their relationship.

Where “Without You” lacks in its disparity in lyrics to music, the next track “One Last Memory” fills in with plenty of actual heartbreak. Addressing something that might even be worse than a break-up, the lyrics talk about the walk to a final date, knowing that a petition to break-up will come at the end. It’s one thing to hurt from the end of a relationship but another entirely to try to prepare oneself for that end, and the song does a lovely job of letting listeners into that experience, one that is distinct from the average sad ballad.

The chorus itself “I’m suffocated by the thought of me without you/Each step I take as I walk hurts so much/I can’t meet you like this, I’m meeting you in just a few minutes/I need to smile so you can leave in peace” is enough to understand the feeling of the song. And the quiver in the group’s voices as they sing these bittersweet lines gives me chills, especially at the end when they belt together.

Thankfully, the album lightens the mood with “Utopia,” a sweet ballad with a positive message. With lines like “Like a child’s dream that freely flies, I want to fly into my world,” the song has this feeling of seeing the world anew. There’s something fresh, bright and happy about it, especially with the almost breathy excitement that the vocals bring in conjunction with the lyrics.

But it’s the details in the music that make this pop: the crystalline piano and barely there guitar at the start, the subdued but steady drums throughout, and the swelling strings against the fully developed electric guitar at the end. The timing of the instruments as they enter and exit the song is well-balanced. None overpower another. Instead, it’s all like a perfectly choreographed dance, which is just exquisite. 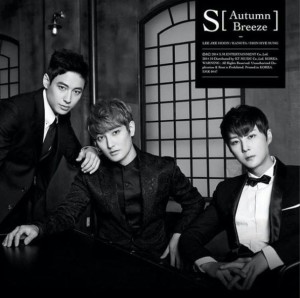 The happiness unfortunately ends here as “One Fine Day,” contrary to the title, returns to the sorrow of the previous tracks. Similar to “One Last Memory,” it addresses heartbreak from a different angle: one of the anguish resulting from realizing on “a fine day” that one is forgetting a relationship, both the good and the bad.

The bittersweet nature of the topic is especially evident in the way they sing. Ji-hoon sounds so painfully wistful, and Hye-sung’s use vibrato is on point and sets the mood wonderfully. And then there’s the warble in Kangta’s voice: it creates this feeling that he might start to cry mid-verse. Such a poignant delivery from them is a testament to their talent as singers.

The album wraps up on a sad note with “Secret Letter.” A more typical ballad, the track recognizes that breaking up is sometimes the best option. With its rich musical intro cutting into the stripped down first verse and then building from that, this is the stuff that drama soundtracks are made of.

Particularly notable in the music is the use of the violin in the second half of the track. Arguably one of the most emotive instruments, the violin here almost sounds for a brief moment like it is wailing. It sets a somber tone, fitting for a somber track.

That a break-up is for the best is a hard truth to accept, a message that would have fit better before “One Fine Day,” since this time they beg to forget the relationship and move on more quickly in this track. In fact, this whole album in its subject of the different parts of the cycle of a relationship might have been even better had a narrative been applied to the order of tracks. It could have begun with “One Last Memory,” right before the break-up, then followed up with “Secret Letter” in the immediate pain that comes. From there it could have gone to “One Fine Day” as memories begin to fade then into “Without You” and finally wrapping up on a happy note with “Utopia.”

Despite its lack of an overarching storyline applied to the tracks, Autumn Breeze undoubtedly delivers great emotion by way of the lush music and evocative vocals. S may technically be just a group project, but it’s such a great one. Kangta, Hye-sung and Ji-hoon are definitely capable singers, and together they make beautiful ballad magic. Hopefully, we won’t have to wait another decade for their next release. 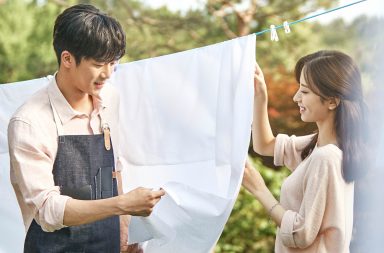 Movie Review: SM Town’s “I AM”

Kangta Announces His Return to the Stage