Composed of an oddly episodic presentation and an incidental sense of having no clear genre, Your House Helper traces the story of an uncommon guy: the house cleaner Mr. Kim (Ha Seok-jin). With more discomposition than your average K-drama, Your House Helper manages to somehow be an entertaining watch; at least for the most part.

The following contains light spoilers for episodes Your House Helper. There are also brief mentions of sexual abuse and suicide. Readers who may find this distressing are advised to proceed with caution.

Parting from the previous review, every episode of Your House Helper highlights much of what is right while uncovering the stagnant and unworkable deliverance of the series. No more is the main issue of the show its duality of romance and humor. Now, the problem lies with its unconventional episodic presentation which focuses on one female character every two episodes. On first sight, it might seem like such a format poses little to no issues. Yet, it is only when you look at the entirety of the show that you realize what is wrong. It is not these individual episodes that suffer, but the entirety of Your House Helper’s cohesiveness.

Though, again, alongside these flaws are a few redeeming points. As highlighted in the first few episodes, the show has amazing sound production. For all its stylistic downfalls, it manages to envelop the viewer in an atmosphere of luscious tranquility. The delicate selection of minuscule—and often overlooked—sounds adds clarity, detail, and authenticity to a world which manages to get it from almost nowhere else. From the blowing wind to appropriately-placed music, it is this focus on ambiance which helps to draw the viewer.

Likewise, while much might be wrong about the way in which characters are handled, it is in fact not because of their conceptualizations. Each one of the girls, each one of the characters in the drama—even those who serve as mere means—have some sort of complex story to tell. From having a crush on one’s gay best friend to sexual abuse, and even suicidal contingencies, Your House Helper manages to give every single character depth. This becomes an important aspect which furthers the sympathy viewers might have for the characters. 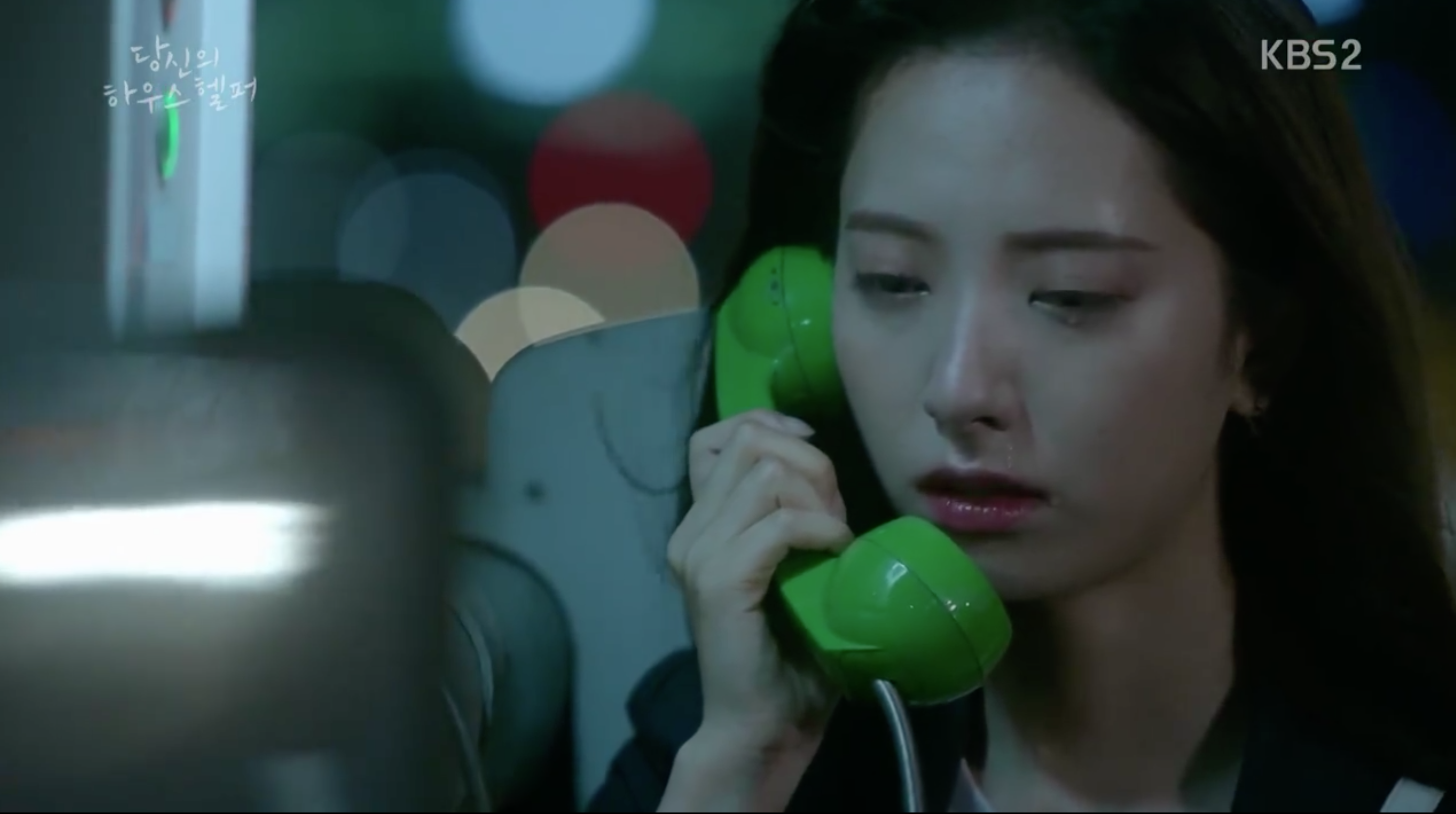 As explained in the initial review, the drama manages to contemplate the reality of the issues women go through. Im Da-young’s (Bona) story of empowerment
and Yoon Sang-ah’s (Go Won-hee) breakage of an abusive relationship are just two of the numerous stories. This female centrism is different; it makes Your House Helper stand out from similar “slice of life” K-dramas.

But none of this matter—not the deep backstories, not the relevance of womanly issues—if the show is lacking in cohesiveness. With the drama’s clear objectives to entertain while highlighting the story of the women, it is clear Your House Helper lacks direction. Too many stories, too many characters, and too many ideas mark the downfall of the show.

More than half of the drama’s episodes can take the credit for destroying the show’s potential. Come to think of it for a second, a show which centers around a house helper should, you know, center around a house helper. It is not until episode 24 that the focus starts shifting to Mr. Kim. 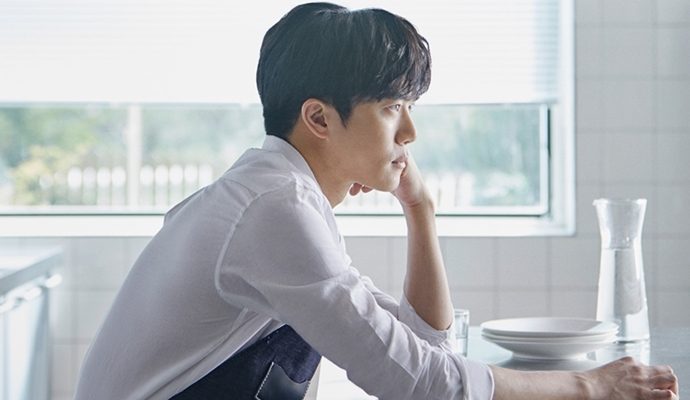 Initially, the viewer might expect revelatory clues about Mr. Kim to be spaced out throughout the entirety of his helpful interactions with the girls. Instead, the drama is filled with excuses to develop secondary stories; secondary stories that tell viewers close to nothing about the titular house helper, the main character of the show. It is, if not to show a very small sliver of his personality, futile to even showcase these episodes. From the perspective of a producer, these episodes provide pseudo-substance and, especially, time to a show that might not have been that long. From the perspective of a viewer, it is senseless. It might not have been, however, this impractical if the results of the aforementioned interactions at least served to build up towards its conclusion.

However, the sense of empathy does not extend beyond the backstories. In actuality, the story doesn’t play with the viewer’s emotions for the purposes of its unforeseen climatic ending. Rather than introducing elements that might make viewers wonder about Mr. Kim’s origins, the drama makes viewers wait. Furthermore, there is no incentive to keep watching the show. While initially, everyone might wonder what’s up with Mr. Kim, by the time viewers realize they are being bombarded with the definition of filler episodes, they are unlikely to continue watching. 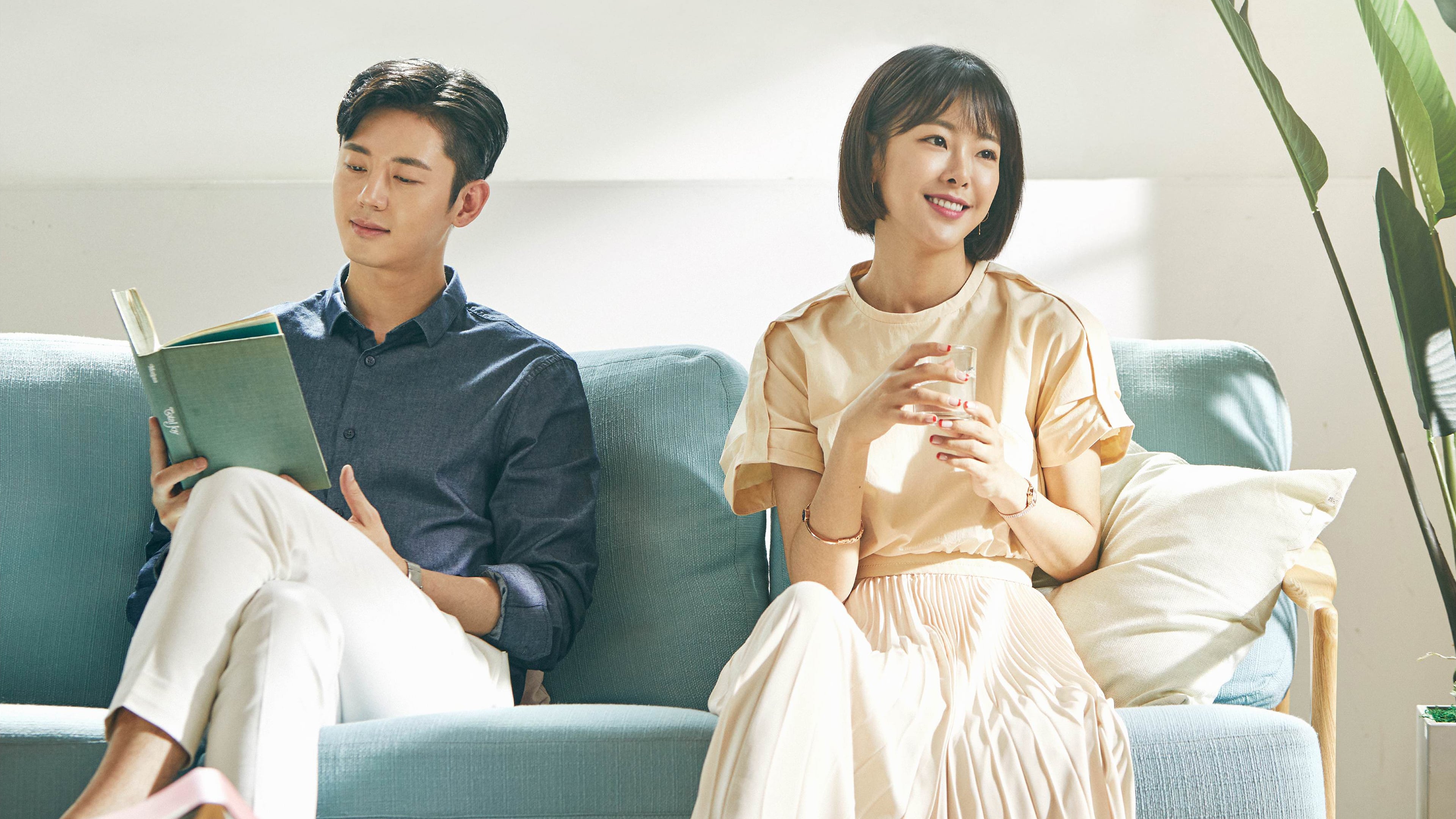 Through the drama’s name, from the trailers, from the synopsis, and from the start, we are led to believe this show is about Mr. Kim when it barely is. Everything stuffed in between the first and the last episodes lacks vision and direction. It’s almost as if all these intermediary portions placed were borrowed from another show and thinly veiled with the storyline of Mr. Kim to extend the time of the drama.

Coalesce all the aforementioned with a lack of realism and it is an experience of watching scripted characters rather than people. Even for a show, that’s not right. In turn, it is clear that the world lacks verisimilitude, the people lack inherence, and most of the show lacks vision. The worst part is that all of these issues might have been resolved with condensation. The faulty buildup might have been completely masked if the creators were less ambitious and made a show that was more focused. The characters might not have needed their alienating quirkiness if the show had not tried to make so many characters uniquely personal in a show that isn’t theirs. 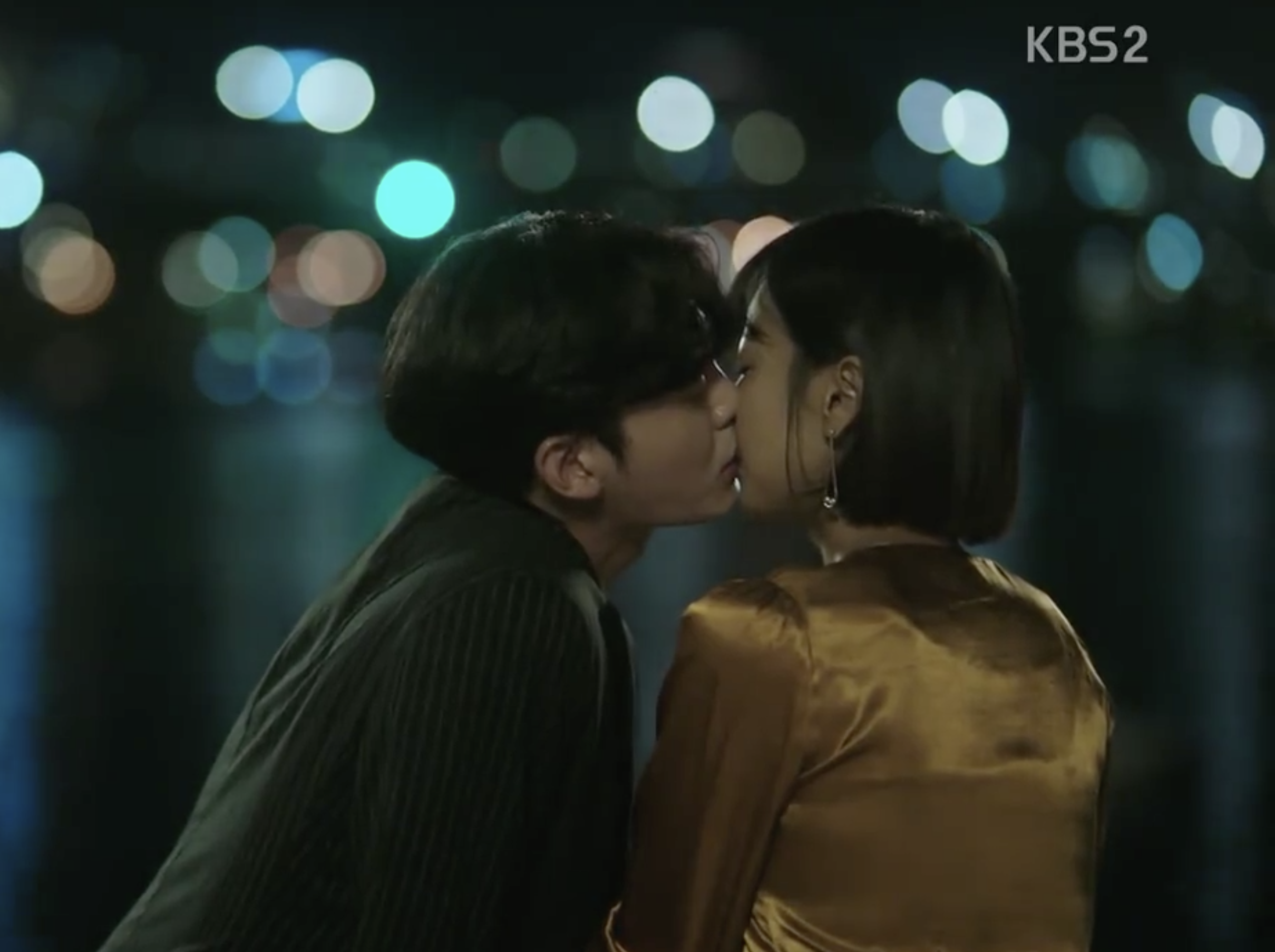 Partly responsible for destroying the realism of the world is also the drama’s development of romance; a characteristic which has always had a presence with varying amount of undertones for all the story’s relations. On one hand, you have Sang-ah and Kwon Jin-Kook (Lee Ji Hoon) in love, on the other you got Mr. Kim and Da-young acting like, at best, friends. And yet, they all end up together.

In a romantic drama, it is expected for relationships to build up, though, in Your House Helper, relationships exist rather than develop. Da-young is a trash-maker, Mr. Kim is a trash-cleaner. You expect them to end up together because they are the archetypal polar-opposite characters of your average show. Yet, the tense chemistry-developing moments come from nowhere. An uneventful kiss marks the climax of their romance for Mr. Kim and Da-young.

Now, let’s jump to episode 31. After watching an entirely standalone series about the problems of women, the drama finally goes fully into Mr. Kim’s story. Arguably, the ending was well-thought out. Although there were no powerful buildups to this moment, it was revelatory in its own way. It shines a light on the depths of Mr. Kim’s carefully-made story. From his past relationships, the death of his mother, to his dealings with mental illnesses, and his relation with a girl who was much like him, Mr. Kim is shown to be quite interesting and multi-faceted. Likewise, more is implicitly revealed about Go Tae-soo (Joo He Bong). Recovering from a debt, Tae-soo has developed a brotherly relationship with Mr. Kim after the overcoming of his past gang associations.

These revelations are neatly tied up in the final episode, offering the necessary closure for viewers. While the job of building up the main story was quite poor, there is a strong emphasis on giving hopeful endings to everyone. This last episode is more of what viewers would expect: Mr. Kim and Da-young are together, Sang-ah was able to open her jewelry shop, So-mi becomes an empowered entrepreneur, and so on. The show’s conclusion, however, highlights another important characteristic of the show. Without an antagonist, the show makes it clear that problems often come from the one’s inner self. Framing the story in this manner, Your House Helper is a unique story of self-improvement. 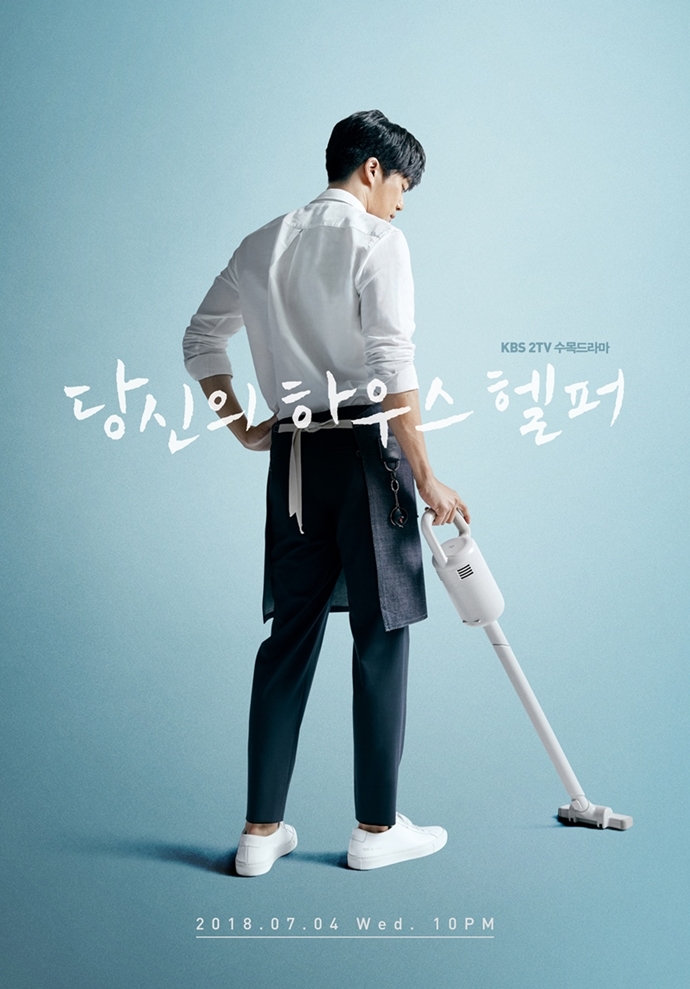 If we take that ending and deliberately ignore its downfalls, Your House Helper is commendably righteous and revelatory. With subtlely, Your House Helper disguises itself as another mainstream show while conveying underrepresented issues. Take a look at the show’s feminine-centric focus and it is clear the drama doesn’t shy away from speaking about topics which are controversial in Korea. Gang activity, homosexuality, and mental health are all interwoven into the drama’s plot.

Ultimately, for all that doesn’t seem right about the show, Your House Helper manages to be somewhat entertaining—if by nothing more than being a time killer. Conjecturally, it seems that the pieces of the drama are well-made but barely fit together. Simply speaking, the drama presents two parallel stories that do nothing but poke at each other. Let me be slightly obvious and say that a great show is one you want to solely watch. The fact that I would rather be doing homework while watching the show in the background says a lot. Ultimately, Your House Helper works well in its niche; it is that show you play while doing something else. It just isn’t particularly special—even with all its potential.