Kangta Announces His Return to the Stage 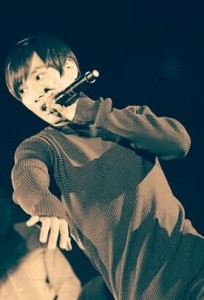 Kangta, former vocalist of the first generation idol group, took to Twitter on December 10 to make a big announcement: After a long hiatus from the Korean music scene, he is preparing to make a comeback. He tweeted, “I will be returning to the stage with a new song soon~~Work mode start!!!” Shortly after, SM Entertainment confirmed the news and added that he has been working hard to prepare his comeback with the release of his new album next year.

It’s great to see Kangta turning his attention back to his own music career instead of working behind the scenes with other artists. He has spent his time recently as a director for SM and as a coach on Mnet’s The Voice of Korea along with some acting activities, mostly in China.

While this will be his first Korean release since his 2008 album Eternity, released right before his mandatory enlistment, it would perhaps be more accurate to say that this is his return from a three-year hiatus. Following discharge from his military service, Kangta made a foray into the Chinese market with his mini-album 静享七乐 (Rest in the Seven Tunes) and the leading single off it “Love, Frequency (Breaka Shaka).”

Featuring Victoria of f(x), the music video is still a favorite of mine. I can never say no to Kangta in a suit and sunglasses. The song itself is a fun electropop track and three years later is just as catchy as when it was first released.