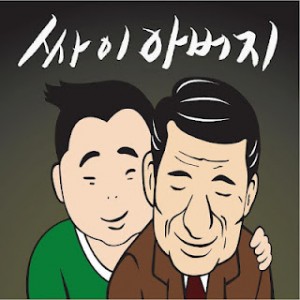 May 8th was Parents’ Day in South Korea. It was a day for many Korean children, young and old, to acknowledge the impact and sacrifices their parents have made upon their lives. There has been many K-pop songs dedicated to parents, most notably g.o.d.’s “To My Mother”, and recently two singles by BtoB and Psy, both titled “Father”, the latter’s single being re-released for free last week on Parents’ Day. Korean culture, as well as other cultures influenced by Confucianism and neo-Confucianism, place a lot of value upon filial piety and respect for their parents on a regular basis, so Parents’ Day seems a little heavy-handed. Nevertheless, when I heard that BtoB and Psy released songs for their fathers, I’ll admit, I got a little teary. I’m always a sucker for anyone who takes a lot of time and effort into making their parents happy, so whenever I hear about an idol buying a business for their parents, or crying over the hardships their parents faced, the idol’s likeability increases tenfold.

Besides being human, we all share one thing in common: parents. Parenthood is one of the toughest struggles that one can face in life. Parents, unless they are completely cold-hearted, would do anything for their children, regardless of risk, if it meant preventing their children from being harmed. Keeping this in mind, I’ve always wondered how the parents of idols must have felt in seeing their children choose K-pop as a career path, and how they felt when their children experience the pain and dangers that come with being an idol. Some idols, such as T-Ara’s Boram and SNSD’s Sunny have the fortune of having parents and relatives within the industry, but what about the droves of parents that aren’t already a part of the Korean entertainment culture?

Imagine letting your child venture off alone into the forays of the corporate world that is the K-pop industry. With the amount of intense work and hardship that comes with becoming and being an idol and the isolation they face from family and friends, it’s still surprising at how willing some parents seem to be in allowing their children to audition and participate in training to become an idol. Even if their children do become successful, the likelihood of this actually occuring is still minimal, especially with the scores of young adults and teens trying to enter the K-pop industry. Moreover, with their children’s success, wouldn’t parents be frightened at how vulnerable their children will become as a result of being prominent in the public forum? Imagine being Yunho’s mother or father during the infamous glue incident. Many emotions must have been running for his parents once the news broke; was regret one of them? Once their contracts are signed, trainees become the property of their entertainment company. With the recent scandal about Open World Entertainment abusing and exploiting its trainees and idols, I wonder how involved the parents of these trainees were in the careers of their children? 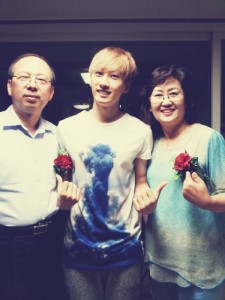 The majority of trainees in the K-pop industry are minors and parents should be the middleman between children and corporations, especially when they are at such an impressionable age. Nonetheless, parents are humans, and they too can become victims of manipulation by entertainment companies. Many idols were randomly discovered by scouts, and in odd circumstances. Various idols were scouted in situations that would rise suspicion; Lee Hyori was discovered with friends at the mall, Super Junior’s SiWon in front of his school, Kangta at an amusement park, and even CN Blue’s YongHwa was scouted after being found in a random photo on the Internet. Another honourable mention is the Jung Sisters, SNSD’s Jessica and f(x)’s Krystal, who were approached by talent scouts at age 5 and 9 as they were vacationing in South Korea with their family. What if these scouts had been con artists, who instead of allowing their children to become idols, had robbed and exploited them? It is easy for a person to fall for a get rich quick scheme, which is why the Ministry of Culture, Sports, and Tourism and the Korean Creative Content Agency (KCCA) created a seminar on December 11th, of last year, for parents of trainees, in addition to creating an online register for entertainment companies and agencies to combat fraud. The exploitation of trainees is a major issue within the K-pop industry and these initatives will hopefully open up more dialogue for reforms.

But aren’t there parents who are adamantly against their children becoming idols? The always disapproving Asian parent stereotype is a trope that has been reiterated by Asians and non-Asians alike, especially over career choices. However, a parent being opposed to their child entering the K-pop industry seems like the logical, and believable, reaction to their child’s 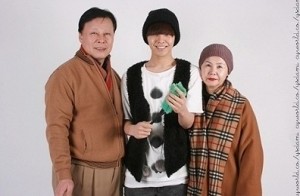 decision to become an idol. The K-pop industry is a difficult industry to break into, and it requires a lot of physical and mental stress, as well as a loss of privacy and ownership of one’s identity. It’s not surprising that a parent would be wary of a child’s desire to be an idol, an, just as unsurprising, is the refusal of their children to let go of their dreams to be idols, which could result in them fleeing home to follow their dreams, the most noteworthy of cases being Kahi of After School, JYJ’s Jaejoong, and Kim Hyun-joong. This would cause a rift between parent and child, and even parent to parent. 2PM’s Wooyoung revealed that his parents’ almost separated over their opposing views on his dreams to become a dancer. However, most idols who had parents initially disapprove of their dreams, slowly ease up to their child’s decision, especially after their child eventually succeeds in becoming an idol. However, sometimes parents are not able to see their child gain success in the entertainment industry. An example of this is Rain, whose mother passed away before he became a popular soloist. His mother struggled to take care of their family after her husband, Rain’s father, abandoned them. I can’t imagine the pain that Rain must have felt after his mother’s passing, and it’s amazing that he managed to maintain a successful career after her death.

In some cases, the difficulties their parents’ faced in life  are usually the drive that most idols use to create a successful career for themselves in K-pop. Many idols, like DBSK’s Yunho, JYJ’s Jaejoong, and BoA, were raised in financial instability, and jumped at the chance to become idols in order to gain stability. These rags-to-riches stories are always heartwarming, and this feeling is heightened when idols use their success to help their parents gain better lives, like opening a cafe and restaurant, which idols like Miss A’s Suzy and Super Junior’s Yesung have done.

Being a parent is difficult. The decisions a parent want to make for their children is an attempt to do what’s best for them. Mistakes will always made when one raises children; mistakes are inevitable, and comes with 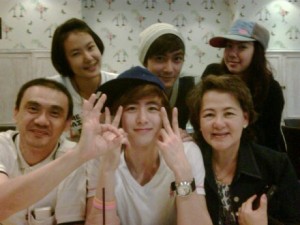 being human. Parents try to support the decisions their children makes for themselves, even if it conflicts with what they think is right for their children. Parents of idols should be lauded for supporting their children and the pain and regret they may feel when they are unable to protect their children from scandals and violence committed by anti-fans. Idols do their best to protect their parents from the threat of netizens and anti-fans, and the stress of avoiding public scrunity must be difficult to handle. Fans should thank idol parents that supported their children through thick and thin, for better or worse, and hope that the Korean government will be more strict with laws to prevent trainees and their parents from being exploited by entertainment companies. Without these parents, none of the idols we know and love today would have existed, so I think they deserve our support, no?