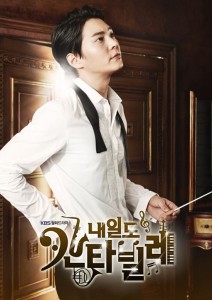 If you have any knowledge of Japanese dramas, there is one drama that is a must see, Nodame Cantabile. Based on a popular manga, the story spawned both a popular anime and drama in Japan. With that success under its belt, KBS commissioned a Korean remake renamed Cantabile Tomorrow staring Joo Won and Shim Eun-kyung as the quirky main leads, Cha Yoo-jin and Seol Nae-il. The result was presently surprising!

Some Korean remakes such as Boy’s Over Flowers or Playful Kiss, though successful, lose that spark the original Japanese drama had. However, despite having low ratings, the production of Cantabile Tomorrow seems dedicated to creating an honest reproduction of the original drama. Its attention to detail is where this production really flourishes. From the dedication to characterization, plot progression, aesthetics and music; they have captured the original spark of the story.

The plot focuses on the unusual relationship between music prodigy, Cha Yoo-jin, and the quirky pianist, Seol Nae-il. They have completely different personalities with Yoo-jin being cold and precise and Nae-il being messy and childish; the only thing they have in common is that they both play piano. Joo Won and Eun-kyung’s portrayal of these characters is refreshing but fully embodies the lead characters of the original, Chiaki and Nodame. Once the two characters find out that they’re neighbors and decide to play a duet together, Nae-il starts to grow a very obvious crush on Yoo-jin. From this point onwards, she starts invading his life to his ‘dismay’. Now we are invited to enjoy a relationship with a quirky dynamic that even Nae-il’s second love interest, Lee Yoon-hee, could not break.  From the introduction of the main pair, more and more eccentric and quirky characters are added to develop the plot of the drama.

The side characters are just as important as the main characters, providing comic relief and more drama. There is the small contra-bass player, Mini Min-hee, the outgoing rock violinist, Yoo Il-rak and the excitable timpanist who openly declares his love for Yoo-Jin, Ma Soo-min. Together, they make up the main members of the ‘S’ Orchestra. Their honest personalities enable them to easily become friends with Nae-il and force Yoo-jin into becoming friends. Their antics are interesting and entertaining, if not slightly ridiculous at times. So far, the funniest character would definitely be Yoo Il-rak’s father, the overemotional chef is so dedicated to his son’s dreams he allows all his son’s friends and classmates to eat free at his restaurant. All. The. Time. At this point, I have no idea how the restaurant has not gone out of business. 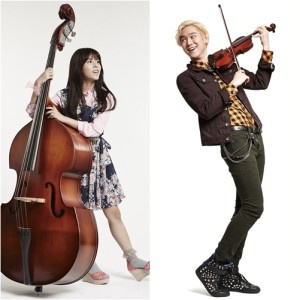 conductor, Franz Stresemann. He is the main catalyst for many of the trials the characters have to go through. However, he seems to pale in comparison to all the other characters. His role as a teacher is eclipsed by the portrayal of the character; he speaks about performing with emotion, yet he himself doesn’t even seem capable of showing a large spectrum of emotions at all.

You would expect his facial expression to be exaggerated like in the Japanese drama, yet the actor seems to present to the viewer the same expression, paired with a pair of monotonous, dead eyes. We have been stuck with the same portrayal since the start and I can’t help but feel a little put off every time this character comes on screen.

The plot is anchored in the development of characters as they come upon trials in their pursuits of music. Though the characters can be called eccentric and sometimes unrealistic, they go through authentic transitions that reels in the viewer with relatability. Pressures about their futures, friends and family threaten to take over as they strive for their dreams, all the while trying to stay true to themselves.

The creation of the ‘S’ Orchestra was the first step for Yoo-jin in pursuing his long time dream of becoming a conductor. Through this orchestra, Yoo-jin started to gain things he would have never thought he could achieve, one of the biggest ones being friends. With them, he starts to grow away from the cold and precise character we were first introduced to into a warm character that is able to rely on others. The characters start to learn from each other, despite being in a competitive university environment, to find a balance between pursuing their dreams and reality.

There is no limit to what the characters can learn; all the characters are set up for development from the very start. Even the strict Professor Do, who can be defined by his use of a fan to discipline his students, starts to develop when he starts to pursue Nae-il as a student. He comes to realize that using force and discipline does not work on everyone, especially in the case of Nae-il. The viewers are invited to change their opinions on characters, even the likable characters have sides of themselves that are not perfect. For instance, when Yoo-jin refuses to apologize to Nae-il for mistreating her or when Yoon-ho tries to force Nae-il to do a duet with him as a requiem for him starting losing usage of his hands.

This drama is unique; no character is completely evil or good, except maybe that one lady on the university board. They are just humans trying their best. They make mistakes, get frustrated and confused; this makes it incredibly easy to become emotionally invested in these characters when they get over their problems together. I ended up crying more when they were triumphant than when they lost — I get emotional when watching dramas. When Min-hee’s dad came to her concert after telling her for ages that contra-bass was a waist of money or when Yoo-jin finally apologized to Nae-il for miss treating her, these moments bring the drama to life. 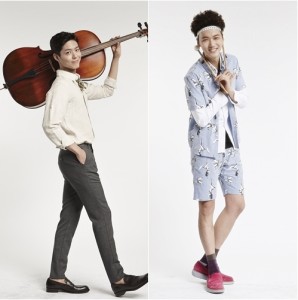 Anyone staying away from this drama due to the classical music focus of it, is really missing out. Classical music, for some people, seems like a boring and complicated form of music but this show breaks down that wall by making it accessible to anyone. Even if you don’t know a thing about music, it doesn’t matter because the show invites you to indulge in and understand the emotional level of classical music. They use classical music as the soundtrack to set up the emotion of a scene all the time.  If Maestro Von Stresemann has just taken the rug out from Yoo-jin once again, we receive a dramatic or sad piece of music that suits the situation. Through this, viewers can start to understand the emotions interwoven with the melodies later on when viewing a performance by the characters. The music has been beautifully woven into this show, giving the production the perfect finish.

The movie I’m a Cyborg but that Is Okay shares some similar elements to Cantabile Tomorrow. I personally recommend readers check it out if they find themselves becoming fans of the Cantabile series. I’m a Cyborg but that Is Okay is filled with eccentric and quirky characters that reel us in as they grow over the course of the movie. Set in a mental hospital, it focuses on one young man’s desire to help a girl who believes she is a cyborg. Though a little more abstract than Cantabile Tomorrow, the entire story is deep, hilarious, cute and very real. So check it out if you’re interested!

I have watched every form of Nodame Cantabile since it first came out and every time I have watched it, I have been left stunned. All the different productions have their differences; there is something in this story that can never be changed. It really shows just how similar people are despite differences in culture, class or personality. This is an honestly touching television show and I find myself crying, laughing and smiling all the way through it. Now, with four episodes left, let’s hopefully Cantabile Tomorrow will be able to achieve the ratings it deserves.