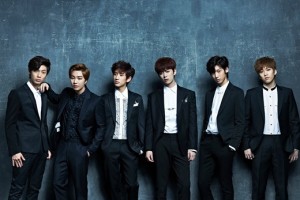 Three years after debut, Boyfriend will finally be holding their first solo concert, titled 2014 Boyfriend, the First Chapter in Seoul ‘Bewitch.’ The show is scheduled for November the 23rd, with the group flaunting their brooding new image through their recently released teaser for the concert.
[youtube http://www.youtube.com/watch?v=_bWUctTmsOs] The teaser is in line with the decadent, mature and vampire-themed Boyfriend we saw in their latest MV “Witch.” The teaser promises fans a theatrical spectacle, with Starship Entertainment creating great buzz around the concert, releasing the following statement:

Boyfriend will perform concepts from cute ‘nam-chin-dol’ to ‘beast-like’ wild styles. Boyfriend is confident that they are well prepared to give as much as they can for their fans who have waited for a long time to see their first solo concert in Korea.

After years of hard work, Boyfriend’s first solo concert marks an important milestone for the group. It will allow them to fully showcase their talents, along with their new, and perhaps more marketable, image. Thus far, this image seems to be working well for them, with their latest song “Witch” earning them their first music show win. Fingers crossed the show allows Boyfriend to go from strength to strength!