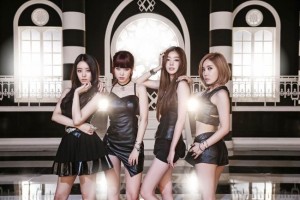 Last time we were together we explored the stage collaborations we’d like to see between groups. This week, let’s focus on individual groups themselves. We have all had these moments where we could picture the perfect concept for a group that they haven’t done yet: it fits so seamlessly in theory. It’s a wonder the company hasn’t already implemented it yet.

This week we propose the following:

Imagine the entertainment company of your favorite group has hired you to put together the concept, style and music choice for their next promotion cycle: what concept would you plan and for what reasons?

Cjontai: I doubt I was alone in hoping Lovelyz would be the female version of Infinite. I know people are opposed creating sister groups that are the exact replica of their brother groups, but I was looking forward to seeing a female group pull off some hard-hitting choreography. Maybe not so on the nose like Sonamoo‘s debut, but would it have killed their choreographer to give them some moves more complicated than the Itsy Bitsy Spider nursery rhyme? Actually I would love any girl group to take on tougher choreography that isn’t so much about selling their sex appeal as it is selling their actual dance talent. Wa$$up had that opportunity, but their company did them a disservice marketing them as a twerking group for their debut. They’ve improved, but that debut was such a setback in getting fans to take them seriously.

Speaking of being taken seriously for undervalued talents, I want BtoB to push out a sexy R&B concept. They have really great vocalists, but one would never know it from their title tracks. I came across some of their R&B songs randomly last year, and it proves that title tracks shouldn’t be chosen so flippantly. They’ve been out for a while now, so they can afford to take risks. They may as well go all out and do the 2PM grown route since they’re at an age where that would be appropriate.

Hania: I’m all for girl groups pushing out more intense choreography, and demonstrating a broader range of talents, rather than alternating between infantile cuteness or exaggerated sexiness. Groups like Wa$$up, as Cjontai mentioned, had a lot of potential to go in a unique direction, but ended up going for a route that would provide short-term attention. 4Minute have begun to amp up the edginess with the likes of “Crazy”, and I think they could continue to work on building this new image and sound to create something really special.

In terms of boy bands, Boyfriend have recently demonstrated their maturity and development as performers, and I’d love to see them push this further. An edgy and slightly creepy concept could work really well for them, and I’d love to see them play with costumes, storylines, settings and their vocal abilities to basically make it an audio-visual spectacle. Their choreography has recently become quite spectacular and eye-catching, and this is something they can definitely develop in the future to carve out a unique look and sound.

Gaya: I want an A Capella concept. There are already groups capable of doing this, so I want an entire promotion cycle done in this style.

And it doesn’t have to be just the vocal groups like Spica doing this; BTS would probably excel at something like this, and Exo has all those beatboxers. I want to hear more of that! 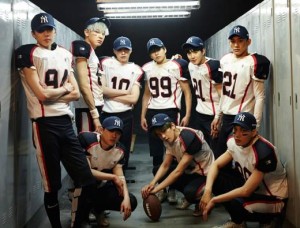 Mark: I’d like to see a Doo-wop concept not far removed from how Secret did “Shy Boy.” That was such a great promotion that I’m surprised to not see that pop up more throughout the years. It’d also be cool if there was a girl group that promoted themselves like a boy band. I’m very much psyched with how The Ark is doing all these dance covers of popular boy bands to show that they got moves. Why not have them promote with similar choreography? Speaking of which, can we get more AOA Black, or others trying to follow suit? And I’m not talking about another dance group playing Rock Band Air Guitar Hero on stage. They should be able to play their instruments live!

Cjontai: Funny that you should mention that, Mark. I was expecting CLC to be the girl group to break that mold since they can actually play instruments. They drummed up attention pre-debut by busking, so I figured they would’ve tapped into that strength, but alas, it seems Cube doesn’t have enough faith in them to go that direction. It’s really disappointing because they could stand out from the rest of the rookie girl groups if they did. It’s also frustrating because why would you pour all of that energy into training them to learn instruments only to hide that talent? 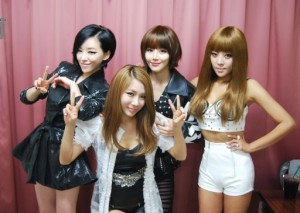 Andy: I’m in agreement with those wanting a girl group to do a harder concept with their choreography. They don’t have to dress like boy groups — though girls dressing in suits like Brave Girls did at one point would be stellar. But, it will be nice to see someone not doing cliched “street,” “sexy,” or cute outfits. Also, can Secret go back to their “Madonna” days when they are so divalicious?

As for the boys, I really want 2PM to go back to their more acrobatic style. It seems they are too busy building on this party motif they started back with “Hands Up,” but I’m not digging it as much as say “Heartbeat.” I’d even take another group doing something like that, because there are way too many boy groups doing body rolls and crotch grabs right now, and we need some variety that isn’t coming from a bunch of teenagers. You don’t have to air hump or grind the stage to be mature and sexy.

Willis: Quentin Tarantino‘s Kill Bill was the inspiration for the previous Brown Eyed Girls comeback. That got me thinking that another Tarantino film would serve as an equally compelling source for creative inspiration — Pulp Fiction. I can see the girls take on those characters and bring out that dark comedic essence of the film. They could utilize the iconic twist scene and reboot that dance trend.

What concept would you like to see become a reality, readers?