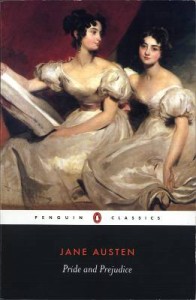 There are few things that appear farther apart than classic art and K-pop. Yet, the former often inspires the latter. Sherlock Holmes inspired SHINee, Alice’s Adventures in Wonderland for Boyfriend, Ga-in drawing from John Milton and the Bible, and there’s more Shakespeare in K-pop than you can shake a stick at. I’ve always been of the opinion that one good turn deserves another half-dozen, and there are plenty of works that K-pop has yet to tap. The below are six works that — fingers crossed — will hopefully be showing up soon.

In a world of saccharine sweetness and love at first sight, a little Jane Austin style complication can never go amiss. After all, true love never runs smooth, and it would be glorious to hear some pop music reflecting that. A charming girl group singing about how the guy they like is a twat, a boy group crooning over how their ‘ideal girl’ badly wounded their pride, or even a duet in the characters of Elizabeth and Darcy.

Rebel Without A Cause

The 1955 film Rebel Without A Cause remains one of the best films ever made, with James Dean turning in an amazing performance as Jim Stark. The film deals with themes that are particularly applicable to South Korea; namely the issue of simply not being suited to the life that society has claimed is ideal. A hip-hop group such as BTS or M.I.B. could easily dig into the feelings of isolation and confusion that stem from not connecting to the safe, materialistic life that most people desire and needing to find others like them in order to be truly happy.

Sonnets From The Portuguese

A collection of love poems penned by Elizabeth Barrett Browning, they are the most famous poems in the English language. “How do I love thee? Let me count the ways” is from one of her more famous sonnets. Her work could inspire some top-notch love songs, especially if the lyricist took note to what made her poems so powerful. They key to Barrett Browning’s writing was that her meanings are immediately clear, and looking more closely doesn’t alter the meaning, but enhance it with nuance and layers. 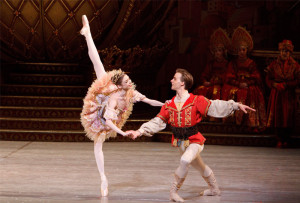 The famous ballet by Pyotr Tchaikovsky, Marius Pepita, and Lev Ivanov is one of the few that non-ballet fans have heard of, and is perfect for adapting not into a song, but an album. The plot finishes about halfway through the first act, with the rest of the ballet simply showcasing different styles of dance inspired by various sweets. Why not do the same with music? The sensuality of  Arabian coffee, the passion of chocolate, the cool bite of peppermint, with a duet for Sugar Plum Fairy and her Cavalier, all sampling Tchaikovsky’s iconic score. It’d be more interesting than most K-pop Christmas releases.

Similar to Rebel Without A Cause, F. Scott Fitzgerald‘s magnum opus revolves heavily around the idea that all that glitters is not gold. Here, though, it is a painful lesson learned only by success and experience that money does not buy happiness, love, or even internal peace. Though something that could only be done by a top-tier group, the thought of SNSD, EXO or (especially) Big Bang  expressing what they’ve given up in the name of fame is tempting beyond reason. 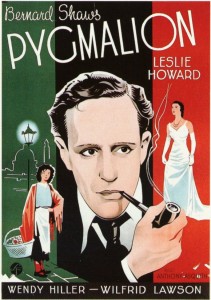 The most well-known work by George Bernard Shaw, Pygmalion is a dramatic re-interpretation of the Greek myth of Galatea, a statue crafted by a man as the most beautiful woman alive, and when he fell in love it, Aphrodite brought her to life. It deals with the idea of men crafting perfect women, as if there is one mold for such a thing. A girl group known for its more feminist ideas, such as Miss A, Mamamoo, or Spica could either have some real fun tearing down the idea that they should change in order to please a man with a tongue-in-cheek pop song, or play it straight and dig into the idea that they need to be ‘fixed’ and the unfortunate implications that go with that.

Classic art is classic because it transcends the time it was created. It lives on through itself and the works and reinterpretations inspired by it. These six are works I’d love to see given the K-pop treatment, but what are some you want, readers?