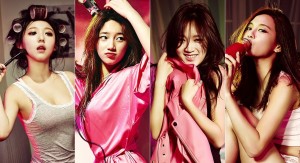 Miss A finally made their much-awaited comeback at the end of last month, with their third mini-album Colors. This takes places after almost a year and a half hiatus since their last release, but their return was certainly worth the wait. Two weeks into their promotions, the release is proving to be a major success – their music video for title song “Only You” has exceeded 5 million views on YouTube, and more impressively, the song has achieved three perfect all-kills on digital music charts up to date, breaking the girl group record for the number of all-kills achieved with one song alone. 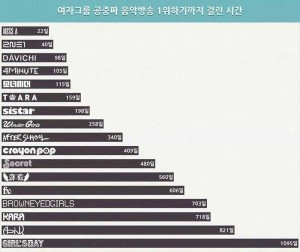 This brings us back to Miss A’s earlier days; as a matter of fact it brings us all the way back to the group’s beginning, during which the Miss A broke another record amongst girl groups – the fastest time taken to win #1 on a music show. Expectations were high for their debut, partially because they were from JYP Entertainment, one of the “big three,” even more so because they would be the second girl group of the company after Wonder Girls, who were the top when it came to girl groups at the time. However, Miss A exceeded expectations with their debut. Their debut album Bad But Good was released on July 1, 2010, and just 22 days after their debut, they achieved their first win on KBS Music Bank with the title song “Bad Girl, Good Girl.” 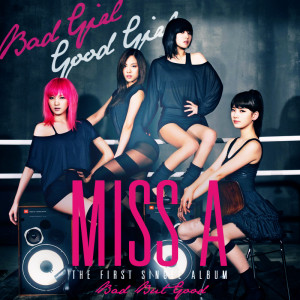 Looking back on their debut over 4 years later, Miss A certainly did set themselves apart from others right from the start. The lyrics of “Bad Girl, Good Girl” aren’t about pining for a boy, nor are they bubbly with the excitement of being in love; instead, the girls of Miss A warns those talking behind their backs to shut up, because they doesn’t know them.

This probably contributed largely to the sassy image Miss A became remembered for, and it’s just as well, since the members brought a lot of that sassiness into their execution of the song as well. “Bad Girl, Good Girl” doesn’t feature any extravagant vocals, but the deep and strong voices of the members are just what the track needs. Furthermore, they are also able to project in their singing the confidence the song demands, especially during the “you don’t know me / so shut up boy” parts.

The choreography of “Bad Girl, Good Girl” also managed to establish the members as great dancers – it is of considerable difficulty, as well as being on-point and subtlety sexy. There is pretty much no pause throughout the whole song, the members have to lie down and get up multiple times, and I’m pretty sure the dance to “Bad Girl, Good Girl” was the first I witnessed that ended with a standing split. Also contributing to the song’s popularity is the “you don’t know me” hand movements, which became frequently parodied by other celebrities covering the song. Finally, it’s always impressive to see rookies perform like they’ve already had a solid amount of stage experience, and I think Miss A definitely had that confidence and fierceness that comes with experience down right from the beginning. 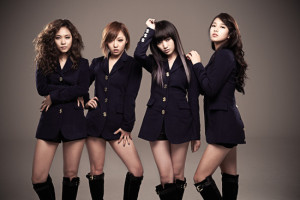 Over time, the group has grown and developed in different ways. Musically, the group has gone through a variety of concepts, such as the subsequent “Breath,” in which the yearning for a man expressed is quite different from the sassiness of “Bad Girl, Good Girl,” or “I Don’t Need a Man,” which is more along the lines of “Bad Girl, Good Girl” lyrically, but is much chirpier and upbeat in terms of melody. Miss A has also done some promotions in China, particularly the Chinese members Jia and Fei. In addition, perhaps the most significant change in the group since debut is the rise of Suzy as the “nation’s first love,” which led to her becoming one of the most popular female idols in the industry.

However, some things have also stayed the same throughout the years. The group continues to bring us great music with every comeback, the members still exude that same confidence on stage that they had since their debut, and “Bad Girl, Good Girl” continues be known as a legendary girl group debut song. All the best to Miss A in their promotions!