An Assortment of Tunes on Super Junior's “Mamacita” 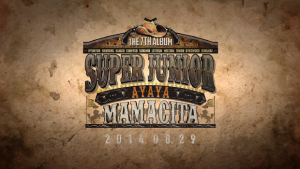 Two years have passed since Super Junior’s last outing under the main group. They have promoted with Super Junior-M and done various other projects in the interim. This cycle marks the return of members Leeteuk and Heechul, who have been absent during their last promotions because of military enlistment. It is also the first Super Junior album without Yesung, also due to military enlistment.

During their last promotions, the group surprised long time fans with their slight change of sound in Sexy, Free, and Single. Are we in for a stronger deviation from the Super Junior Funky with Mamacita?

It has been argued before that Super Junior is great at selling themselves rather than simply just the merit of their music. That is the truth about most pop groups. They are manufactured to sell an image and personality. People buy into this entertainment reality which happens to come packaged with music and video. Over the years, SM Entertainment Super Junior have refined this process to a tee, but can we really fault them for sticking to their guns? Nope. Needless to say, Mamacita is highly produced (as most SM Entertainment albums are), but there are still a lot of redeeming qualities about individual tracks and the album itself.

Title track “Mamacita” starts off with a jazzy 1920s horn section before changing up the rhythm, adding a beat while the horns take up the background. It is familiar to fans of Super Junior, with the group harmonies and chant-like chorus. The lyrics seem to be symbolic of dealing with a power that is devious underneath their veneer. Either way, “Mamacita” is intriguing for its usage of horns to give it a different texture. Not a bad single, although it doesn’t deviate much from a typical Super Junior single.

The album slows down its tempo with a nice little R&B number. “Midnight Blues” is a mature track that emphasizes the vocal qualities of the group. It is simple with a downtrodden beat, some synths, and harmonies filling out the track. The lyrics tell a story of longing for someone that is gone to them now.

“I walk on the same street multiple times,

Pulled by the light that swallows me.”

This song immediately stands out because of its rhythm. The melody is based off that beat, and the vocals really flourish under the integrity of the base. Super Junior are able to effectively emote and punctuate the verses with some nice runs.

The next tack follows in the same vein as the prior. “Evanesce” is a mid-tempo pop number. It relies on a lot of harmonies, but the production seems to be a bit much for me. It starts off with a nice melody and adds in a lot more elements as the song progresses. I quite like the introduction because of its earnest vocals. The lyrics are also quite poignant as the guys lament about love withering away and not being able to have the person they want and love at the same time. However, the chorus is too much. There is a lot going on as the guys echo each other, questioning why love ends. This song would probably work better with less production flooding out the members’ abilities to vocally execute.

“Raining Spell for Love” may actually be my favorite track off the album. The percussion on this track is excellent. It actually helps to build up some verses and isn’t just another tertiary element that plods along in a standard pop number. In fact, there is a dubstep breakdown during Eunhyuk’s rap, but it works well in setting up the following stripped down verse. The drums start to build up to the chorus again like little beating drops of rain (Oh, so clever). I am a bit of a sucker for anthems, and “Raining Spell for Love” may not be experimental or stand out for any one element in particular, but it is a darn good pop song.

The pace picks up in “Shirt.” It is almost certainly Latin-influenced. This a fun little ditty that seems more in line with the title track. The song begs to be performed. It feels like a novelty type of song and is a nice change up in tempo from the prior song. This actually marks an uptick in pace for the next few songs in the album.

Super Junior continues the quicker speed in the funky “This is Love.” It moves along with keyboard synths that you can groove to. I found the vocals in this song to be a bit lacking overall; it didn’t have the crooning soul that I expect to anchor a song like this. Ryeowook and Khuhyun’s lines did occasionally reach that sweet spot, but I was ultimately left wishing those two had more to do, as this song becomes forgettable otherwise.

This section continues the upbeat tempo with “Let’s Dance.” It adds some electronic elements with guitar to make for an energetic listen. It is another one of those highly produced pop songs. The beat is actually really fun and the instrumental breakdown is likely the best part of the song. All in all, it is a decent pop number that is not overly ambitious.

Meanwhile, I did not like “Too Many Beautiful Girls.” At all. When I first saw the title, I had a feeling I would not like how it unfolds, and I was right. It has some whistling action and is cheerful, but it feels like such a standard song that doesn’t have much character. The lyrics are almost comical due to its shallowness.

As the next to last song, “Mid-season” starts to wind down the energy. It certainly has a seasonal character to it. The synth beat and harmonies create a warm atmosphere. The song does not stand out, but it does at least hit the mark of creating that seasonal longing.

“Islands” is the album ending ballad. It is stripped back, the members getting to emote over a simple piano melody. Nothing overly done and a nice touch to an album filled with mid-tempos and upbeat songs. It is quite the perfect fan appreciation type of song.

“All the things we shared,

Colors in my heart every day.

With the same light, we are made as one, forever.

As we look at each other.”

“Islands” is a reflective track that makes for a great closer. The appreciative tone and cleaner sounding production makes for a nice contrast to the album.

Super Junior have come back to the K-pop world in full force with Mamacita. The album has some familiar sounds on it. At times, the production is too heavy-handed and bogs down the tracks. As a whole, the album does not stand out for anything in particular and that’s probably the major gripe I had.

A lot of the tracks sound nice and catchy, but it doesn’t hold much of a punch outside of that. There are exceptions and some nice R&B and pop numbers that make it a fun album to listen to. However, I get the feeling that Super Junior is fine and comfortable staying in this very safe pop zone instead of trying anything too left or right of center. A decent outing for the group, if a bit boring at times.