"Nasty Nasty" are Not So Nasty After All 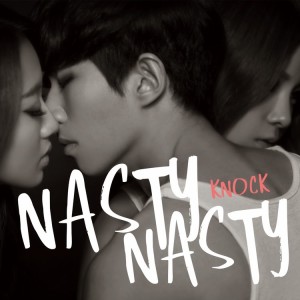 When Star Empire Entertainment announced a unit project involving ZE:A‘s Kevin and Nine Muses’ Kyungri, the response was unsurprising; “they’re copying Troublemaker, how unoriginal!” However, the company soon revealed that it would be a trio and not a duo, and that the third member would be a promising rookie named So-jin. While the sexy co-ed side unit may always be associated with Troublemaker, it was thought that this fairly underutilized combination of idols would carry some potential.

As if to prove the early naysayers right, the trio called Nasty Nasty has not reached the potential as forecasted by some. Diving right in, there are positives about this trio as a performance team, but their latest MV has failed to please, to some extent. The group’s vibe is more classy-sexy than Troublemaker’s raw sexuality, and curiously, it’s quite contrary to its name. If anything, the two co-ed units should switch names to be more accurate to the tone of their promotions. But, back to the MV.

There are theories going around about the plot of this MV, and many are wondering if/how all of the characters are related. This writer’s personal theory is that Kyungri and Kevin used to be together and are still in love but for whatever reasons they have broken up for. Quite possibly to spite Kyungri, Kevin has started dating So-jin, but even as the two flirt and party, all he can think about is his past with Kyungri. Kyungri is torturing herself by looking at pictures of Kevin and falling back on those old break-up standbys – drinking a lot of wine and soaking in a tub.

The real and pure nature of his relationship with Kyungri is symbolized by her white clothing and how the scenes of them from the past together are done in bright lighting with flowing white fabric and pastel wear. His scenes with So-jin are all done in a dark settings and have an edgy, devil-may-care quality to them that hints at the fact that he’s making poor choices. It actually seems like So-jin is getting the short end of the stick overall – no one wants to have sex with a guy that is picturing someone else’s face plastered over theirs. 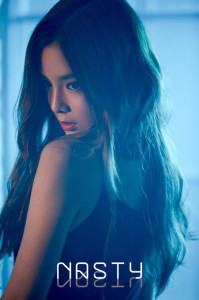 And this song is about sex, make no mistake. People are complaining that the MV has not lived up to the trio’s name, but the lyrics certainly do. Perhaps they should’ve picked a different name, to stifle expectations a little – apparently the word “nasty” carries heavy connotations – but if the MV doesn’t get banned for visual content, it may still get the hammer for referencing erections. The sexiness in the MV is certainly present — in fact, it’s difficult to miss — but it is of a more subtle nature, in comparison to the implications of the name “Nasty Nasty”.

The best, and nastiest, part of this single is really the choreography, but the MV doesn’t highlight it. It never fails to amaze me that companies spend so much time on the dances for K-pop promotions and then neglect them in the final MV product. Obviously, that’s why “dance versions” exist, but it is MVs structured like “Knock” that get the worst of both worlds. The drama scenes aren’t long enough or detailed enough to make the story automatically understandable, and the dance scenes are too short and too few to give the viewer a good sense of the choreography. Just release two versions of the MV – one with no dancing, and one with all dancing.

Another big factor in MVs like this is how well the idols act with each other. Sexiness can quickly become awkward – looking at you Troublemaker – so it is key to have performers that gel well together. I’m particularly impressed with So-jin. As a rookie, she manages to hold her own with her more experienced co-stars. And Kevin, the notoriously inexperienced boy, doesn’t look like he’s ever dated a girl in this MV. On the other hand, Kyungri would draw little criticism — she shines as the one who oozes sexiness and charisma. This quite natural manner is probably what earned her the part. 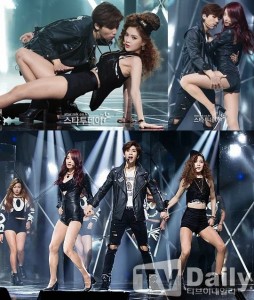 Going back to what I said before, the video editing and cutting has spelt the downfall of this MV. The performers haven’t been allowed to evolve on screen, and they haven’t been able to display genuine chemistry. Couple choreography portions have been left out of the video, and scenes of intimacy have been left underdeveloped. The consolation here is that there seems to be no awkwardness between the idols. But the working chemistry has not translated into anything further — netizens are hung up on their blatant dissociation from their own group name.

It isn’t a bad debut, by any stretch, but it isn’t the glorious, sexy, explosion of a song and MV it could’ve been. The song and MV had a markedly sad and subdued tone that I wasn’t expecting from a group called Nasty Nasty. It would’ve been better for them to chuck the depressing story all together. So what if it gets banned because the choreography is too provocative? If you call yourself Nasty Nasty, and put out sexy teaser photos, you’d need to go all out for the final product or you’ll be called out on false marketing.