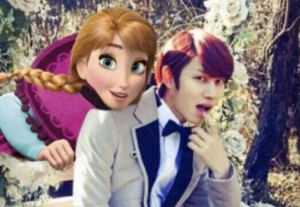 30 August 2013 marked the return of one of the pioneer second-generation idols to enter the military. Unless you have been away from social media since then, you would probably have come across one of his photoshopped selcas with Anna from Frozen. Heechul falls into the category of celebrities that you either love because they are just so out of this world, or hate because they are constantly seeking attention. Now that he’s been back in the Korean entertainment world for about half a year, it would be worthy to take a look and examine if the military has changed him for the better.

Well, the simple answer is no, unless we’re talking about his much more flattering haircut. He’s still the same brutally honest, obnoxious idol that we remember him to be. There are three camps who have different opinions about Heechul’s personality: the one camp who truly enjoys his candidness which can be a breath of fresh air, the other camp who honestly just wants to tape up his mouth and chuck him back into the military, and the last camp just fluctuates between the above two. 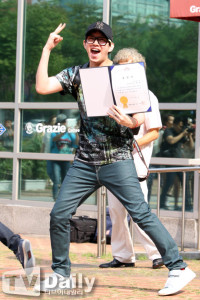 Currently, Heechul is on the MC panel of jTBC’s War of Words, which basically is a talk show that allows the panel to discuss about issues and trends in the entertainment world. Even just by watching clips of the show, I am utterly flabbergasted with the amount of honesty and frankness that Heechul is displaying. He has made quite a number of outrageous comments, and the one that stands out to me is when he stated that he found Running Man terribly immature. Considering that Running Man is one of the most well-loved Korean variety programmes internationally and domestically, he pretty much offended the writers, producers, casts, and the entire fanbase of the show, with one sentence. Someone has balls.

Even if he’s just stating a personal opinion, there are still certain limits to what should be said, and what should remain unsaid. Celebrities are often told to watch their words in interviews, or variety shows, since their words could potentially cause a controversy or a scandal. Idols bear this burden even more heavily, since their every action is scrutinized all the more closely. We’ve seen enough instances of idols accidentally shooting off their mouths and then receiving much backlash for it. But so far, Heechul has been immune to most of this backlash. Yes, netizens get all fired up when Heechul insults something dear to them, but other than that, he has pretty much come out unscathed. He’s been criticized for the content of the statements, but not for the context.

One reason for this could be that since the whole purpose of the show is to analyze and debate over pertinent issues, perhaps the only way to garner ratings is really to just speak your mind and bring up the sometimes incisive unsaid truth. And of course, if they need an idol to be on the MC panel, who else would be a better candidate than Heechul, given his knack for being extremely straightforward, and often shameless. In fact, Heechul has even created such a image for himself, which could be part of the reason why he’s being cut some of the slack. 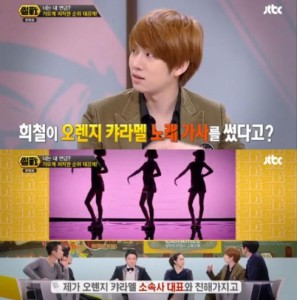 That said, not only is Heechul saying controversial stuff on the show, he’s also dissing his own company, SM. Firstly, he commented that SM has no ability to produce hit dramas, since they only cast the leads from within the company. He stated that, even if SM does have good talent within it, there’s no way success can be achieved by being so exclusive. I can’t be the only one appalled that Heechul actually dared to badmouth the almighty SM on TV. And recently, during a discussion about the comebacks of 2NE1 vs Girls’ Generation, he actually indicated that instead of the two top girl groups, his interest is being piqued by Orange Caramel because they are much more unique. Hm, is he indirectly calling the other two girl groups lacklustre?

By no means am I saying that his opinions are wrong; in fact, I’m sure there are people out there who are nodding in agreement to what he has said. As true as his opinions are, as scripted as they may or may not be, why does Heechul get the privilege of shooting off his mouth without any repercussions? Is it just because it’s in the context of such a programme that the viewers are giving him the benefit of the doubt? Or is it that Heechul has already carved out such a niche for himself, that he is simply ‘fulfilling’ expectations?

If that’s the case, could this be a double standard that the audience is employing? Perhaps we are already so used to Heechul making such obnoxious statements, that we don’t even bat an eyelid anymore. Compared to the amount of backlash Suzy received when she messed up her thank-you speech, why are people not coming down harder on Heechul for his possibly more offensive words and actions? Is it to the extent where people don’t even bother to take him seriously anymore, and thus we tend to judge these idols based on different standards?