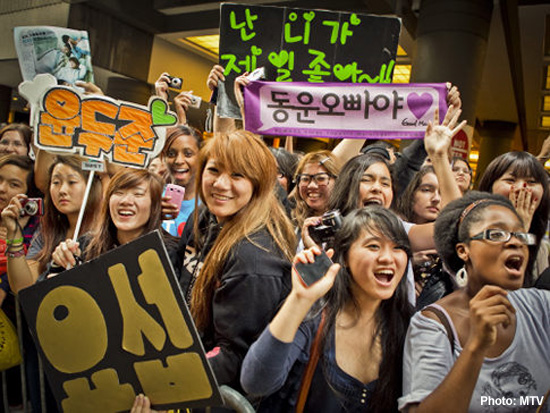 Of all the fascinating things in K-pop, the way idols and fans interact with each other must be one of the most interesting. Traditionally, one would believe that this interaction consists of an idol’s performance and the reception on the side of the fan. The performance here could be musical in nature, but in a way every action of an idol in front of a camera/the fans is a performance. The reaction of the fans mostly seems to consist of enthusiastic adoration, or so an outsider would believe.

With the rise of the internet, fan culture has evolved and changed in a significant way. Not only does it allow fans to peek into the private lives of their idols via Twitter and Instagram, but it has also enabled a greater interaction among fans and between fans and idols. Such platforms as YouTube have even enabled certain fans to become quasi-idols inside the (international) fandom just by virtue of being a fan, e.g. by watching and reacting to a music video.

In this area, the interaction between fans and idols has reached a new level of complexity just a short while ago. When Mnet had the genius idea of showing reaction videos to their latest MVs to GOT7 and BTS, it seems to have hit a nerve in the fandom. That is not too surprising, as it seems logical that people who enjoy watching reaction videos would also enjoy seeing the reaction of the respective idols to these videos.

But when one considers the complexity of the levels of such a video, it is quite baffling and it demands rigorous concentration. Effectively, the viewer of this video needs to pay attention to three videos: firstly the reaction of the idols, then the reaction of the YouTube personalities (in this case KSpazzing), and finally the original MV so that the viewer can put both other reactions into context. One can’t help but draw a comparison to Inception, since no level apart from the outmost one can work without consideration of the other ones. 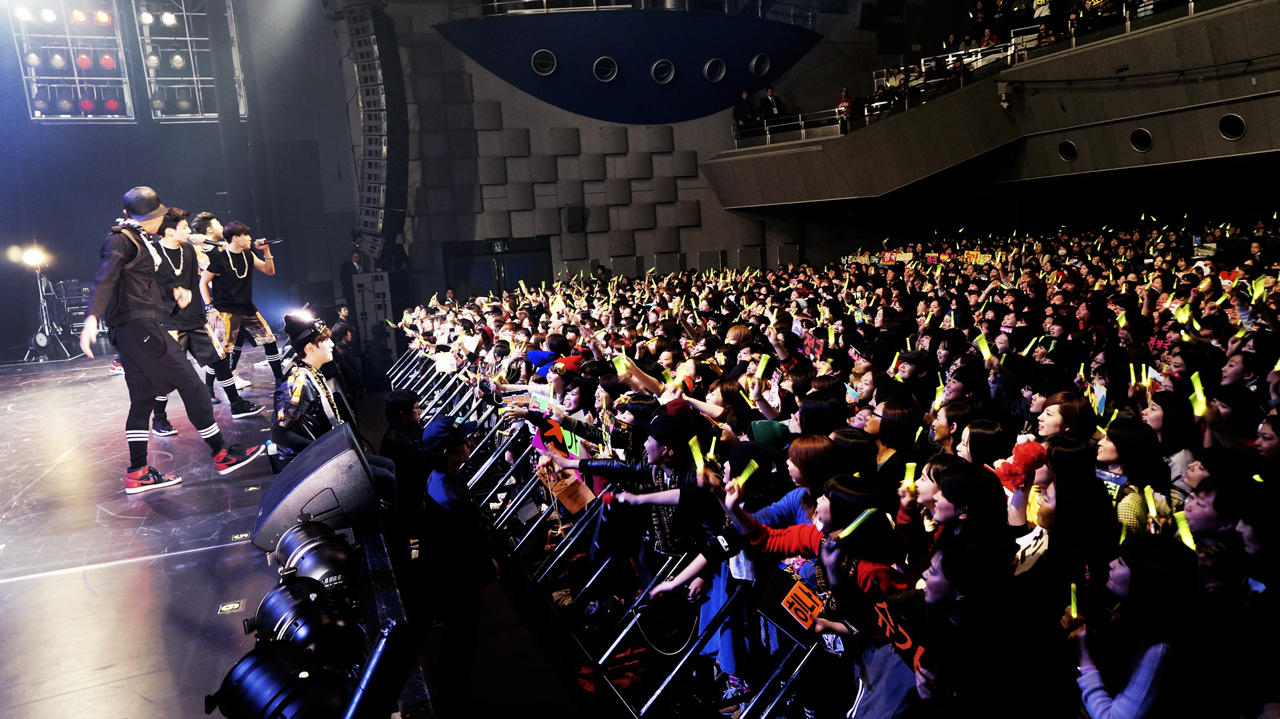 In the context of idol-fan interaction, these videos open up a new form of dialogue between the two. So far, most media was still solely focused on the idol, as described in the first paragraph of the article. The time when idols began using social network can surely be seen as closing the gap between unreachable demigods and their ecstatic followers, but it is still a performance for the fans (as it could be argued that every appearance on social networks has a performance character, ordinary citizens included). Apart from that, the fan input for shows like Arirang’s After School Club and KBS’ Global Request Show is still mostly merely used to pep up an otherwise boring interview.

But when idols watch reaction videos the focus shifts slightly, and the viewer is now paying attention both to the idol and the fan. These reaction videos can give unfiltered feedback to the idols – the fans are mostly enthusiastic about them and their output. But with this affection also comes a readiness to mock them, or even criticism regarding parts of their work.

The fans on the other hand have the possibility of seeing the idols in a very unusual and passive situation. To a degree, the idol’s reaction can show what they think of different ways of fangirling/-boying but it can also illustrate what the idol thinks about themself.

The truly arresting question is where this new form of interaction could lead. Is it just a gimmick for Mnet’s Meet & Greet show? Or could it somehow develop into an actual conversation between fan and idol? Regular KSpazzing viewers are already requesting for a reaction to the reaction that GOT7 and BTS did. And what would be the outcome of such a dialogue? It seems delusional to assume that this form of feedback from the fans is going to influence decision making in the respective places in the agency, but it might stay in the minds of the idols.

It also remains to see if such a form of interaction is even desired by the agencies or idols, since it continues to destroy what is surely considered a main selling point of theirs: their charm of being just enough out of reach, and along with that perfect and somehow slightly more than human.