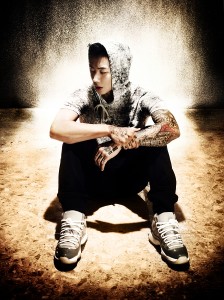 Jay Park has made a comeback with his second full-length album, Evolution. In order to show his various sides, Jay Park released two MVs for album tracks “The Promise” and “So Good.”

To summarize the two MVs and songs: “The Promise” is sweet, eye candy and “So Good” is bright and like Michael Jackson vomited all over the song. Since the tracks are different, each one offers their own individual feel that will appeal to different people.

Prior to Evolution being dropped, “The Promise” was pre-released. Produced by Gray, the jazzy ballad showcases the smoothness of Jay Park. The song features piano and drums, as well as light brass. Paired with this light music are Jay Park’s vocals. There’s no denying he can sing, although he doesn’t have quite the vocal power of other soloists. But, he is singing in falsetto; so power doesn’t really matter, does it? You get the full extent of his emotion and style, regardless.

Just as the song is simple with an old school feel, so is the MV. Jay Park showcases his smooth sexiness for all the fans out there.

It’s shot in black and white, with a vintage movie feel. The little blips, that remind you of old black and white silent films, are almost imperceptible; but they can be seen particularly during the parts where Jay Park is singing shirtless against the satin background.

Speaking of being shirtless, that sums up this MV: Jay Park being in various states of (un)dress. He’s shirtless, in a tank, in a suit with no shirt. Nice eye candy for all the fangirls and fanboys out there. We essentially see Jay Park walk around a beach property in California, looking hot. No complaints here.

While the song oozes sexuality, the lyrics do not. They are sweet and tender expressions of the desire for love. Jay Park wants his love to promise him that she’ll never leave and love him forever, showing a more vulnerable side to Jay Park.

Jay Park also shows some vulnerability in “So Good,” although it’s under a layer of seduction. From the lyrics, it’s rather obviously an invitation for the girl to spend the night for the first time. However, if you delve a little deeper, you get see another side. Jay Park has got it bad. Every day he spends with his girl is a good one and he’s fallen hopelessly in love; he simply feels good with her.

The song features band Common Ground, and they are fabulous. The funk band brings that extra little groove to the track. Because of the funk aspect, the song isn’t just simply a bright dance track. Instead, it has a bit of oomph that will appeal to those who aren’t big on dance music.

Due to the song being about wanting someone to stay since it feels good to be with them, the MV features the good times in a relationship. Featuring model/actress Morgan Lindholm, Jay Park, with his friends and girl, has fun in California. They play basketball, visit the arcade, and have a fun time just hanging out. The atmosphere is very carefree and fits in with the bright scenery.

The female lead takes on a different character that I’m used to seeing. She’s not just a pretty face: she’s athletic, joyful, and has a charm about her. She’s a nice breath of fresh air. Morgan also has great chemistry with Jay Park, particularly in those dorky scenes; it’s definitely a plus. 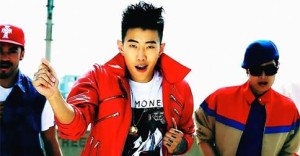 As a tribute to Michael Jackson, Jay Park virtually channels everything symbolically associated with the late King of Pop. This makes sense, since Jay Park is his longtime fanboy. From his red leather jacket, to the foot movements, to the little Michael Jackson-esque sounds (those “oohs!”); Jay Park clearly lays out his intention to show his love for MJ. While normally you see artists talk about being inspired by MJ, aren’t quite as obvious about it as Jay Park. He manages to pull it off without seeming too much like a copy and overbearing.

It also wouldn’t be a Jay Park MV without some awesome dance moves and dancers. They were killing it with slick moves that fit the song well. The best part would have to be the boardwalk scene where the dancers add in with sharp stops. So, keep an eye out for that.

Since working with Jinooya Park, Jay Park’s MVs have gotten better. They are more visually appealing and smooth. Pairing this with good songs means that Jay Park is generally putting out a great product. Both “The Promise” and “So Good” are great tracks that show off his skills.