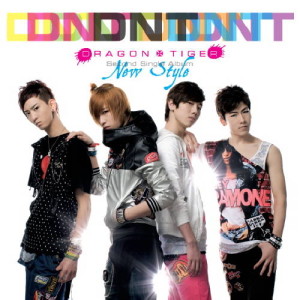 I was part of a generation of K-pop fans that joined whilst the industry was in flux. As a result — a good 6 years ago — the industry got busy. Shortly after discovering Korean entertainment news platforms, I was met with debut after debut of boy bands and girl groups, duos/trios and co-ed groups. It was all a bit too much, and as hard as I tried to keep on top of the wave, I couldn’t. It eventually dawned on me, that I wasn’t a superhuman and to keep up with 20 debuts a month would not be feasible. So as I recovered from the blow I got from the debut train, I honed myself in and dedicated my attention to a few (but brilliant) artists.

But as I was surfing the YouTubes, I came across some familiar and long forgotten names and nostalgia washed over me. Bands that are long dead to the industry, but sure did intrigue me when they first surfaced. Below are a round down of three boy bands that found their resting place in K-pop oblivion.

Debuting in 2009, these boys were left to gather popularity in the remains of SHINee’s debut. To be fair, after SHINee had taken the K-pop industry by storm with their debut single “Noona is so Pretty (Replay),” many groups had a hard time trying to waver the gazes of newly-formed Shawols.

Short for Dragon N’ Tiger, DNT aimed to mould together two starkly different genres; ballad and dance. Their debut dingle “Two People and Thereafter” attempted to showcase this endeavor, whereby the song starts off as an emotional ballad that tugs at the heartstrings, and proceeded to morph in to a bass-led dance track at the 2 minute mark.

In their 3 year career, they released 3 singles which were all received with meagre popularity. Since their disappearance in 2011, many have forgotten of their existence. 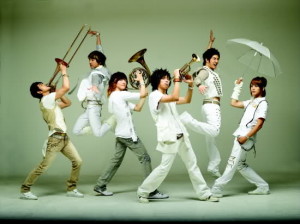 Yes. Name is capitalised. Always. Also, the star is important. They debuted as a six-piece band under TN Entertainment (H.O.T’s Tony An’s company.) Their debut single “Emergency,” was a really nice track, with a solid bass riff and some pretty hefty singing. World, Jerry, Naru, Hiro, Hanbang and Cheonwoo, altogether released 3 Korean singles until they left to seek better fortune across the Sea of Japan. Leaving member Cheonwoo behind to become a five member ensemble, SM☆SH became primarily active in Japan.

Their Korean careers were only revived in 2012, when they joined their company CEO Tony An, to promote their collaboration single “Get Your Swag On.” Needless to say, we did not get our “swag” on and it was disturbing to see a grown man bouncing along to the beat; the single flopped. They have been largely absent from the internet since then.

AST‘1, short for A Style, got everyones head turning during their debut when they outright challenged Super Junior in their MV teaser. They confidently expressed that their diverse six member group (four Koreans, one Japanese, and one Chinese) were better than the mediocre members of Super Junior. This got ELF’s in to a frenzy, and AST’1 in to a bother.

Despite the initial hoo-ha, their debut single “1, 2, 3, 4 Back,” was great. The song was catchy, and reminiscent of SS501 which of course was well received by the population. The reception laid the foundation for a comeback with “Dynamite” — a funky retro inspired dance pop song that was… amiable. The MV was colourful, loud and quintessentially K-pop — a vintage version of B1A4 if you like. 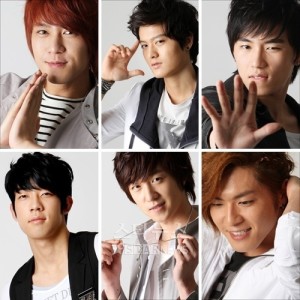 Unfortunately, this wasn’t enough to stop the boy band disbanding in late 2009. Their label DSP Entertainment was reluctant on dishing out the exact details of the break-up, and all that was said was that the “members are now going their own ways.” This was precedented by a lot of rumors surrounding the bands survival and thus the news wasn’t altogether a surprise. However in early 2013, almost 5 years later, news broke out that former members Sung In Kyu had passed away after his battle with cancer. He was only 24, and the news shocked the industry. Fellow ex-label mates Nicole and Gyuri, along with other notables personalities (2PM’s Nichkhun, Rainbow’s No Eul, Yoonhye) and fellow AST’1 members Im Han Byul (who went on become part of Monday Kiz) and Byun Jang Moon offered their condolences. Following the bombshell, it became quite apparent that AST’1 would not be returning to the industry.

It’s interesting to look back in retrospect and see the amount of names that have appeared and then similarly disappeared into the chasms of K-pop. As a result, what becomes apparent is that every group has a shelf life; the above three just expired slightly faster than the rest. But rest assured, one day it’ll be some of our most popular and dearest K-pop biases that will disappear in to K-pop oblivion. That’s a scary thought ain’t it?

Let’s think! What were some old bands that have “disapparated” from K-pop? While you’re at it, what current bands would you hate to see fall in to the K-pop oblivion? 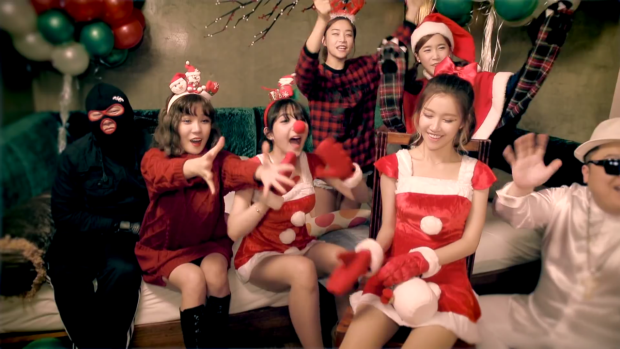 Rainbow’s Syndrome Has the Golden Touch