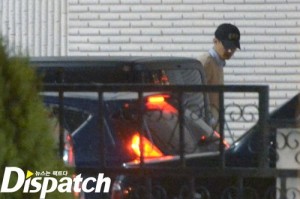 Last week, I covered the rise of the Korean media machine. This week, the saga continues with a new celebrity couple revelation–Kim Min-hee and Jo In-sung. Dispatch released photos of the two going out on a date with friends, singer Kim C and Kim Min-hee’s hairstylist. Dispatch claims that they have been dating for about 4 months now, but have been friends for over 12 years.

In an effort to rival the revelation of Tony An and Hyeri‘s relationship by Sports Seoul, Dispatch gave us a teaser to make sure we’d stick around for the announcement on April 24th. We did and it came as a minor surprise to many, but not really a shock for most. When Dispatch teased with a statement that read “it is the most exciting day in the life of our journalists,” both the international and Korean internet community thought it would be two A-list celebrities. For them to make such a bold statement indicated that it would be a major industry couple that would cause a stir.

If not that, then at least a scandalous couple that could rival the response caused by Seo Taiji and Lee Ji-ah‘s divorce (and marriage) revelation or Rain and Kim Tae-hee‘s relationship revelation which segued into his military woes. While it did elicit a response, it didn’t really cause any shock waves in the internet community. Most people don’t consider Kim Min-hee to be an A-lister, even though she is a film actress and quite well-known. Also, she’s already had two public relationships prior to dating Jo In-sung. 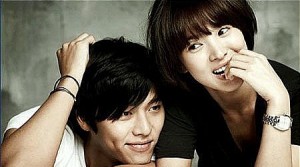 If it had been a revelation like ex-superstar couple Song Hye-kyo and Hyun Bin, then it would have gotten a very vocal response. Popular actresses like Ha Ji-won, Shin Min-ah or Yoon Eun-hye with Jo In-Sung or another top actor like Won Bin or Kang Dong-won would have a massive impact. Jo In-Sung is a very popular actor, especially after finishing his successful run in That Winter, the Wind Blows, but the news of him and Kim Min-hee seems to have come and gone like the wind.

Dispatch has nobody to blame, but themselves, for people’s apathetic reaction to the news. They should have just revealed the information, instead of trying to generate hype before the announcement. The release was underwhelming, but it did get Dispatch the attention they wanted. I’m sure the nonchalant reactions are not what they expected, so hopefully Dispatch (and other media outlets) will realize that it’s better to skip the teasing as they have done in the past–that way we’ll be more surprised because we didn’t see it coming. If they set big expectations and fail to deliver, people will become uninterested in their “exclusives.” 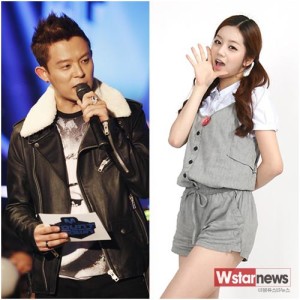 The unenthusiastic reactions made it clear that public desensitization to celebrity dating is already occurring. Maybe it’s because so many celebrity couples have already been exposed or maybe it’s just this particular unimpressive revelation, but Sports Seoul’s exclusive on Tony and Hyeri at least had the huge age gap to get tongues wagging. Kim Min-Hee and Jo In-sung are both over thirty, so it’s normal for them to be dating at this age. In fact, Koreans consider thirty and beyond the perfect age to be heading towards marriage.

The comments on the articles made it even clearer that for news outlets to elicit the reaction they want from readers, the scandals are going to have to keep getting bigger– which raises the question: Just how far will they go to give readers what they want? Many internet users mentioned that only a top scandal like outing a gay couple or revealing a superstar A-list couple can grab their attention. Their expectations are high, so journalists are playing a dangerous game with these revelations because it’s never enough to keep the public satiated.

The revelation of a top star couple is expected at some point, but outing gay celebrities could devastate both careers and personal lives . We definitely don’t want anything detrimental like this happen, but what big revelation do you want to see next?