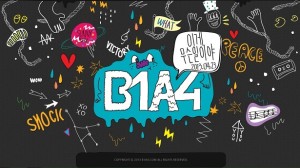 A couple of days ago, B1A4‘s website, had a rather wacky image, showing a set of animated doodles while asking, “What’s happening 2013.04.23?” The five-membered group is already known to be making a comeback on May 6th, but the creative set had fans asking if there would be comeback news or celebrations for the group’s second anniversary, as their début stage was April 23, 2011.

But with the promised revelation, it seems the changes were made for the group’s upcoming 4th mini-album. In place of the previous screen is a speech bubble asking “What’s Happening 2013.05.06,” obviously referring to their comeback album: What’s Going On? In addition, five bubbles with animals have appeared. Each animal seems to depict the animal nicknames for the members: fox (or Arctic fox) for Jinyoung, bear for CNU, squirrel for Baro, duck for Sandeul, and a small dinosaur for Gongchan. Of these animals, two are still obscured, but clicking upon the other three, a fox, a duck, and most recently, a squirrel, reveals a couple of teaser images for leader Jinyoung, one of them with Gongchan, Sandeul, one of them with Jinyoung, and lastly Baro, his second shared with Sandeul. 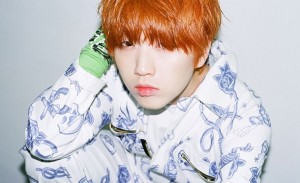 In addition, fans are encouraged to tweet about the site, filling in the blank of the phrase “What’s going on! B1A4 ______ like that!” with their wishes.

From the outfits of the three and the fun doodles associated with this comeback, it looks like the group is heading towards a more lighthearted concept than that for their In the Wind mini while still maintaining their maturity.

Though it’s early, what do you guys think of the way this comeback is being presented? What kind of concept do you think they’re going for? And are you excited for it? 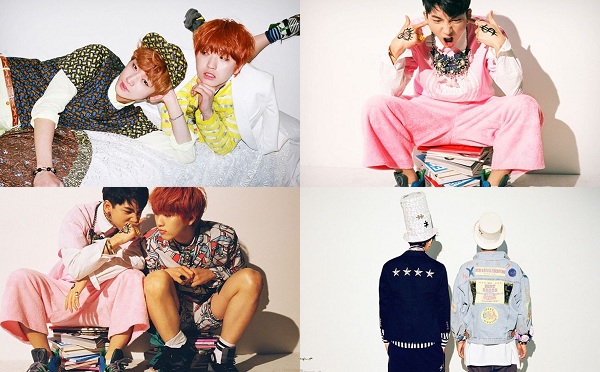