Simply Blown Away by B1A4's "In the Wind" 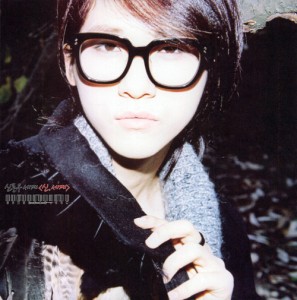 B1A4 has come back with mini album In the Wind, and with this return, let me just say how blown away I am.

Despite being a huge B1A4 fan, I was admittedly not the biggest fan of the group’s music, save for a handful of B-sides. While insanely catchy and well executed, most of B1A4’s music just did not leave a lasting impression on me. In my eyes, the group’s music — most particularly their title songs — were not really reflective of the group’s talent, which I knew the group had an abundance of. I was instead charmed with their multiple, hilarious variety appearances and their pure entertainment value. So imagine my surprise and utter delight come the release of this album, an album that I enjoyed nearly every moment of.

In the Wind features a significantly more mature concept for B1A4, a group mainly best known for their amusingly childish aegyo. Many believed that B1A4 would perpetually be pigeon-holed into the excessively cute image they were given at debut following the failure of their attempt for a more mature image through last year’s “Baby I’m Sorry.” The attempt felt slightly unnatural on the boys, and it was clear to many that B1A4 shined best as a cute and less serious group. This year’s “Baby Goodnight” only perpetuated this image with its liberal use of silly cowboys albeit its … unsavory message.

While B1A4’s use of their charm and humor is still one of their biggest assets, In the Wind proves that is not the group’s only strength. The album’s subtle and more serious concept complemented all of the boys amazingly, especially CNU and Baro, who manage to shine more in more mature concepts, mature concepts their group rarely take part in. Many were quite wary following the release of the album’s first teaser, a clip that featured nothing but rural scenery shown against a very minimal instrumental. 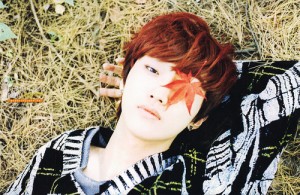 However, to the surprise of many, the group managed to triumph with this effort. Also known as country-dols within the industry, the boys match the rural settings perfectly, and the subdued, bittersweet nature of the music and concept were able to work with the boys’ youthful images yet still offer a sense of maturity. Moreover, the album as a whole combines more delicate, acoustic instrumentals with more modern embellishments, making for a cohesive and highly enjoyable sound.

The album starts with a short, one-minute intro composed by leader Jinyoung himself. Jinyoung has come far from his “Bling Girl” days when it comes to composing, and it definitely shows through this album, his compositions having a complexity that is a breath of fresh air. This intro does its job as an opener perfectly, setting the calm yet climactic, almost story-book-like feel of the entire album. Starting off with the moderate sounds of footsteps and nature, the instrumental is then joined by peaceful uses of acoustic guitar and piano. The setting of the countryside is made clear through the serene sounds of the instruments. As the instrumental progresses, its sound builds as well, the introduction of the electric guitar and other instruments lifting the sound and giving it an urgency that was just a treat to the ears. 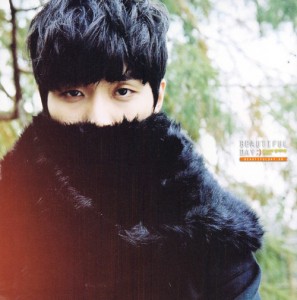 The transition from the first track and the title track, “Tried to Walk” (also penned by Jinyoung), was absolutely perfect. The intro leaves with some suspense, and “Tried to Walk” uses that suspense to help build its sound. The song starts with the ethereal sound of wind and some traditional acoustic guitar before being added onto by a more modern instrumental consisting of some earthy percussion and dynamic violins. The instrumental accurately encompasses the bitter-sweet nature of the song and its lyrics, and the members execute it perfectly, carrying a frailness to their voices that matches the theme of the song.

The verses have a singsong quality that allows it to breeze through the more climactic sound of the chorus quite dynamically, and the use of guitar toward the start of the bridge manages to add more drama and a proper climax to the song. While Baro’s parts of the song were some of the memorable, his rap in the second verse, while some of the best we’ve seen of him, was a bit too aggressive for such a serene song. The song embodied a more passive sort of suspense, and Baro’s rap didn’t necessarily demonstrate this passiveness.

The next track “If…” is my favorite alongside “Tried to Walk.” The progression of the song is fairly simple, but the song manages to make its impact largely due to its simplicity. The instrumental is actually fairly dynamic with its vintage sounds, echoing bass, and subtle use of jazz piano, but the instrumental is slightly faded to allow the focus to be put on the members’ vocals. And that focus is totally justified since the members sound absolutely divine. The contrast between the rougher tones of Jinyoung and CNU and the clarity of Sandeul‘s voice added an intriguing and refreshing complexity, and Baro’s rap was actually masterfully transitioned. Potentially disruptive in other songs, Baro’s rap manages to change the flow for a bit to keep the song from getting repetitive and tiring. 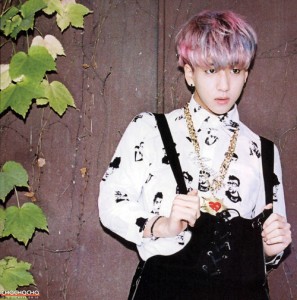 Following “If…” is “I Won’t Do Bad Things” featuring a small narration by the “Nation’s First Love,” Suzy. While her inclusion felt slightly unnecessary, the old-school, R&B-inspired song is a very pleasant one. The beat has a very fluid, almost reggae-like feel to it, and the song is sprinkled with some delightful harmonies courtesy of the vocally potent members.

Next track “What Do You Do” starts out slow with some acoustics before the instrumental hastens to a very enjoyable, laid back jazzy piece. Jinyoung’s rougher tone sounded particularly glorious in the track, and the chorus of the song is just magic. Not only is it insanely catchy, it also carries an air of careless confidence that is surprising and sexily alluring for a group like B1A4. The addition of a female voice in Shina-E was a pleasant surprise, the harmony in the second verse and the falsettos in the bride being beautiful segments of the song.

Jinyoung’s solo “Be My Girl” follows, and it leaves me wondering how extensive WM Entertainment‘s connections are. Not only did they score a narration from the trending Suzy, but “Be My Girl” also features the main vocalist of the Brown Eyed Girls JeA who also co-penned the song. Jinyoung wows with his beautiful falsettos throughout the song, and JeA, being the skilled vocalist she is, doesn’t slack either, her experienced charisma complementing Jinyoung quite well. My only complaint would be that the song seems to rely on Jinyoung’s falsettos too much. In certain moments, I wished Jinyoung had taken a more grounded approach, since the overtly delicate sound could get tiring to the ears.

The album ends with “In the Air,” probably the most uplifting and fastest paced of all the songs in the album. “In the Air” is a very lighthearted and celebratory goodbye to the album, leaving you in the best mood on its conclusion. The sound of this song is significantly more electronic compared to the rest of the song, 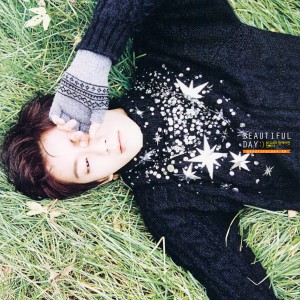 but while this is true, it still has a melodiousness that allows it to fit with the remainder of the album. Admittedly, the digitized chorus was not my favorite part of the album, but it is forgivable, the enthusiastic bridge and the uptempo verses more than making up for it.

All in all, this comeback was all I wanted from B1A4 and then some. The album explored a variety of genres new to the group yet managed to sound extremely coordinated, and I applaud the members’ for their amazing delivery. The boys have grown considerably from their past efforts. Baro’s rapping is getting better and better, the vocalists are being better showcased, and Jinyoung’s composing has reached such new heights. The concept and overall sound has a subtle, simple, and rural maturity that I works just seamlessly with the boys of B1A4, proving they can do much more than act cute and funny in front of a camera.

Ultimately, B1A4’s In the Wind gets a 4.5/5 from me. It’s the B1A4 I’ve wanted all along, and I really hope they continue with this direction, since it works so wonderfully for them. Readers, what are your thoughts? Were you blown away by B1A4 this time around? Or was their comeback just a little breeze to you? Leave your thoughts below!