Fiestar Returns With "We Don't Stop"

LOEN Entertainment‘s rookie group, Fiestar, has returned with a new single titled “We Don’t Stop.” Being one of the strongest female rookie groups to debut this year, I was excited for their comeback. “Vista” had been a refreshing debut, full of brass and denim, and had a generally old-school sound, which was extremely catchy and an all-around great listen. I was hopeful that it would lead to more good things to come for the group. Although I was a little worried when I heard that the song was being written by Hyuk Shin, was apparently the “mastermind” behind Justin Bieber’s “One Less Lonely Girl.” Anything pre-Boyfriend by Justin Bieber gives me bad vibes, and it gives the impression that the song will standard bubblegum pop, which I don’t think is the style that a group like Fiestar should be performing with.

The MV starts with a nod to SBS as hot air balloons fly over a pink and blue town house, with the word “Fiestar” etched above the wall of the top floor of the townhouse. The girls are playing as 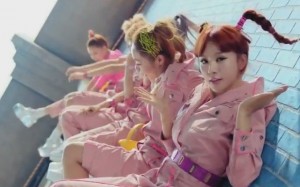 window cleaners, dressed in hot pink jumpsuits, reminscent of GD’s outfit of choice in the MV for Big Bang’s “Lollipop.” They seem to be slacking off on their work as the nearby window opens with a furious Linzy who scolds them.

The interactions are completely dubbed with squeaky chipmunk noises which leads to Linzy joining the rest of the girls as they begin an impromptu jam session. This leads the girls to disregard their duties and have a party in a room whose walls seems to have purple and green vomit all over it. Their outfits changed into really colourful but really tacky ensembles, along with outragreous hairstyles. From there on out, the MV delves into becoming a dance party in various rooms with various outfits. Other the jumpsuits, the outfits seems randomly thrown on and unflattering. I will never understand K-pop’s obsession with exagerrated clothing.  Maybe it’s because I’m an old soul, but a mish-mash of clothing styles has never been appealing to me or my eyes.

And that’s how the MV becomes, random and very colourful. It didn’t seem to serve much purpose and felt like an afterthought or a chance to show off the craziest outfit choices. All of this would have been forgivable if the song could have been a fun party jam, but it’s more of a sad attempt at one. It’s very weak, especially in comparision to “Vista,” and just draws more attention to the outlandish outfits and the eyenumbing sets. It makes me lament for their debut, conceptually and musically, and is a disappointing comeback, MV and song-wise. It’s as if most of the rookies this year that impressed me with their debuts have fallen flat with their comebacks, moreso the girl groups, like Spica, than the boy groups.

The girls are very talented in both the singing and dancing departments, but this song does nothing to highlight this fact and falls short of what could have been a solid comeback. I still have hope for the girls and their future songs, but “We Don’t Stop” was very disappointing for me as a fan of the group and the girls. Fingers crossed for their next single. 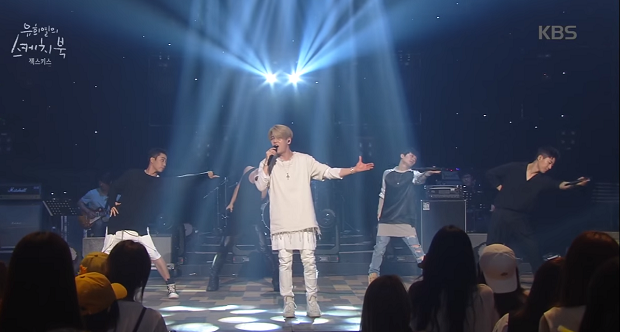 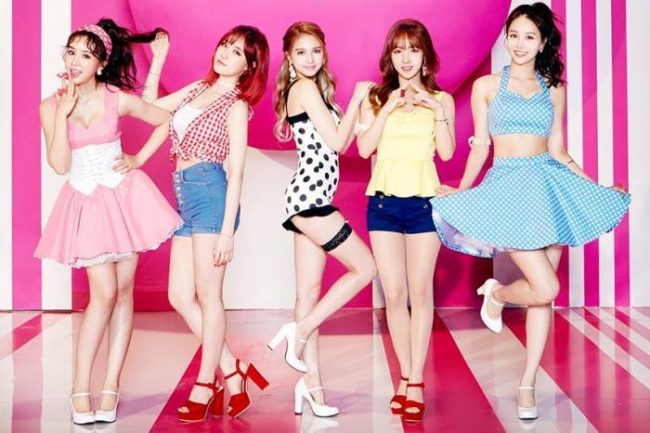