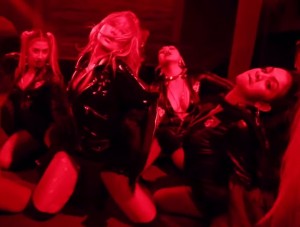 You’ve seen our favorite K-indie acts in this past year, but here is something a little different. Many groups and soloists construct a full stage performance, and dance has become an integral aspect in that, helping to hook the viewer and engage the fans. In a landscape where every group is doing a bit more than the standard 8 count, performers have to be at the top of their game in order to catch the audience’s attention. Sarah and Willis give their thoughts on the best K-pop dances of 2015.

Willis: I actually really enjoyed a lot of the rookie groups this year. Seventeen and Up10tion‘s dance performances were both quite impressive. They work their large numbers well, and I am curious as to how their future performances will incorporate their members.

There were a few more rookie groups on my list during the mid-year review. While I also enjoyed the dances of rookie girl groups like Gfriend, Oh My Girl, and Twice, I think the intensity of the more veteran performers like CL and 4minute ended impressing me more. Also, anytime you can bring on ReQuest Dance Crew, you can be sure that your performance will be fully embodied from head to toe.

Sarah: The rookie groups this year were really on top of the dances and had some amazing choreo that they performed incredibly well. Twice almost made it into my top 3, but I thought Red Velvet‘s dance was very similar and slightly better choreographed. Up10tion’s formations and synchronicity for “So, Dangerous” were almost terrifying in how complex they were and how close they got to that line of it being too much without actually going over it. Which is an awesome thing, in case that wasn’t clear. And Seventeen, well, supposedly they choreographed both “Mansae” and “Adore U” by themselves. So, not only were they rookies putting on an amazing performance, but it was a performance that they actually created from head to toe. They definitely deserve the first place.

Lordy though, there were so many great male dances this year. BTS alone gave us three (“Run,” “I Need U,” and “Dope“) and almost every other group that promoted (or didn’t – I’m looking at you Xia Junsu, with your insanely awesome musical production for “Flower“) had some great choreography and execution. In the end I couldn’t decide between Up10tion and Got7 because they were so different. Rookies with flawlessly complicated choreo on one side and the sunbaes with simple yet addicting choreo and incredibly heartfelt performances on the other side. Both are amazing to watch. 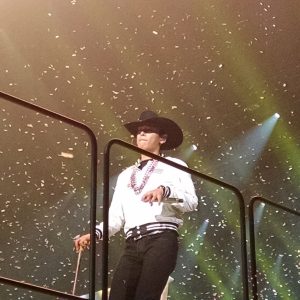 Best Club Dance – Big Bang, “Bang Bang Bang” – If it’s easy enough for T.O.P to learn the choreography it’s easy enough for anyone, and so addicting to dance along to.
Best Footwork – Teen Top, “Ah Ah” – Holy cow, this footwork. If the rest of the dance had lived up to the footwork showcased here, it would have easily been top 3, unfortunately the overall image was just a bit too mediocre.
Best Retro Style – Girls’ Generation, “Lion Heart” – The little references to retro dances thrown into the choreo were really fun to try to spot, and matched up with the song very well.
Best Concept – VIXX, “Chained Up” – Even if this dance didn’t quite live up to their reputation, the choreo still managed to keep up with being the best concept-dols.
Best Awkward Ahjusshis – Super Junior, “Devil” – The dance here was so effortlessly in sync and yet silly, and they probably could have formed those formations in their sleep, but it was still incredibly popular and they were still so very smooth on stage – they’ve really grown into their own skin by now.

MVP: Definitely BTS. They gave us three completely different dances this year, performed the hell out of each and every one of them, and looked like they were having fun throughout the whole thing.

Willis: I agree with you Sarah! I honestly wish there were more live performance videos of Xia Junsu’s “Flower.” The mixture of smooth and sharp movements has a great cadence, and I wish we got more opportunities to see that manifest itself on stage. I also feel like Shinee‘s “Married to the Music” and “View” deserve recognition. Shinee are always great performers, and we got a great variety of styles and moves from them this year. Got7’s “Just Right” was another incredibly memorable dance. The dance is fun to pick up, and their facial expressions are everything.

Rookie girl groups were on their game this year. They deserve all the praise. I think Gfriend has such tight and in sync dances. “Glass Bead” and “Me Gustas Tu” have some nice moments and if you watch their live performances, their synchronicity is on point. Oh My Girl also deserves commendations because “Cupid” had a spunky kick to it, and “Closer” had probably the most well planned — constellation — formations. Other notables include Lovelyz‘s “Ah-choo.” I think they have great lines of movement, and they express the flow of the song well in the way they move about the stage.I almost included f(x)‘s “4 Walls” on my list, but they just missed the cut. What did you like about that dance? Also Fiestar made your list. What about that choreography — perhaps the use of chairs and partner work — did you enjoy?

Sarah: I think there were a lot of really great rookie dances this year. They must have been spending more money on choreographers. I agree Gfriend had some great formations, and I hadn’t seen Oh My Girl’s “Closer” yet but I really like it too! Props to all the companies who are putting their new girl groups in flat shoes. But really, “Closer” has wonderfully smooth hand movements, and even some great, fast-paced floor work that girl groups have avoided in the past.

Out of all the dances this year, there were a lot that caught my eye with new and interesting stunts – like Shinee’s “Married to the Music”. From the first entrance with Jonghyun to Onew‘s swimming dolphin to actually using the backup dancers as chairs to dance on, that dance was completely full of bizarre and interesting moves and formations, and I loved it. Monsta X also had an interesting moment in “Hero” where the members formed a staircase for one of them to climb up.

Up10tion, rather than using stunts to catch the eye, was all about hitting the music and formations. Both “So, Dangerous” and “Catch Me” had great uses for their large numbers, but “So, Dangerous” in particular was unique in how the boys used physical connections to create so many of the formations, they really ended up looking like smooth cogs in a machine. “Catch Me”, on the other hand, felt a lot like Got7’s “Just Right” dance, with the fun, peppy movements and throwing silly faces at the audience. “Just Right” was so much fun to watch every single time, and Got7 really does such a good job making simple dances simply addicting. 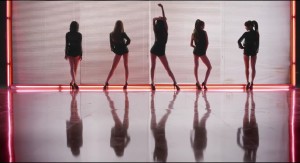 As for why I picked “4 Walls” and “You’re Pitiful” for my top 3, really they just appealed to me the most. “4 Walls” had gorgeous hand movements, and while the dance was relatively simple, it was interesting and they used their back-up dancers very well to give variety to their formations. “You’re Pitiful” also interested me because it was the only female dance that used both props and partners, and used them well. Not only that but some of those moves they did in heels, standing on chairs, would have taken so much strength I just want to congratulate them on not hurting themselves.

Willis, you chose a different BTS dance than me for your top 3. As they were our dance MVPs this year, really each of their dances were great. I chose “Run” mainly for the story and emotions they portrayed. Why did you decide to go with “Dope” instead for their best dance?

Willis: I would say BTS are one of those groups that are always vying for Dance MVP. Given the variety of performances they have given us this year, they are every bit deserving of that title. I liked “Dope” because the sense of rhythm the members displayed while performing that choreography was sublime. That’s one of the major reasons I love watching BTS perform. While each member has their own individual dance style, they still look tight as a group, with their levels staying consistent across the board. In turn, when they perform they give that extra energy and their choreography pops when they execute it.

2015 has been a great year for dance. The choreography for larger groups has been extremely creative, and there was a great mix of memorable hook dances and complex choreography. Heading into 2016, I’m looking forward to seeing what sets off the next dance trend, the new and exciting choreography from both the rookies and veterans, and whether more established dance teams and crews will end up supporting soloists and groups on stage. 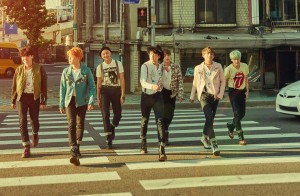 Sarah: I agree with what you said about BTS. I enjoy watching them on every single stage they’re on, and they are always energized and on point. If they keep giving us amazing choreography, there’ll be nothing stopping them.

I think we definitely saw a continuation of stronger female dances in 2015 and I’m definitely looking forward to seeing that gain even more traction in the next year. Faster movements, less dancing in heels, and just generally more complex choreography for the ladies is something I’m always looking forward to.

I also think that we saw in 2015 a move away from synchronized choreography and toward the, possibly even more difficult, complicated formations and fun inter-play that the rookies, and Shinee and BTS, all gave us a taste of. So, in 2016, I’m also hoping to see more variety in dances and to have even more the whole wide range that is Infinite to Super Junior. But mostly, I’m just excited to see more new and interesting, and most of all fun and impressive dances.
______

How do our writers’ lists of favorite dances compare to yours? Which moves did you find most memorable and who are your dance MVPs of the year?