GFriend Steps Into the New World with "Glass Bead" 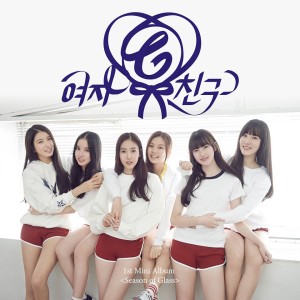 The girl group, G-Friend, have finally made their debut with the release of “Glass Bead”. Formed under Source Music, the group is made up of six members:  Kim So-jung, Jung Ye-rin, Eun-ha, Yuju, SinB and Umji. The song and MV creates an innocent and youthful image for the group, especially with their schoolgirl concept. Curiously, the MV and song seem very reminiscent of Girl’s Generation debut sound and aesthetic.

The song and MV are very much in the range of the cute concept. There really isn’t any need to reiterate the fact that girl groups seem limited to the concepts of cute and sexy; there is a lack of diversity for female group concepts and everybody knows it. With this over saturation of ‘cute’, this release can only hope to compete against the success of groups such as Apink who are the raining champs of ‘cute’ and they aren’t really bringing anything new to the table.

They have layered the cute concept with a youthful student image. We get to see them bring back into style the default debut costume — the school uniform — and this most definitely won’t be the last time we will see it. Though, I don’t know how the group got away with those short skirts in a school. I guess their uniform policy mustn’t be that strict; not that I was a fan of the uniform policy in school anyway.

The MV shows the everyday life of a group of high school girls as they endeavor in their pursuits, shown by them exercising in gym class, passing messages during class and getting into trouble. It sets up a very carefree atmosphere, free from the stresses of real life. The MV imprints the image of these girls as youthful and innocent — playing into the cute concept.

The song is filled with the naive promises of youth, often thinking of things as black and white. The song lyrics assure someone, maybe a lover, of their constant love for them, saying ‘ I may seem like a glass bead but I will not break, I love you and only you, it won’t change’. The song will most definitely seem sickly sweet for those who are cynical and jaded in the face of love and no amount of K-dramas can fix that. The song delights in sowing the seeds of fantasy,very reminiscent of teenage romance novels, where every love seems like the last. It only furthers to add another layer of naivety and innocence to this release. 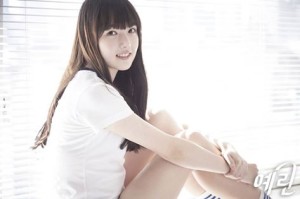 The song is simply constructed; it follows the common structure, mostly used by SM Entertainment, where there is a group chorus and solo verses. The collective vocals of the group are gorgeous giving the groups a well-rounded sound. It is uplifting song; the sort of song you would listen to when you are having a really good day. It’s not anything that hasn’t been heard before, but it is sweet song that has the ability to charm hearts.

There is no denying that a lot of K-pop is rehashed concepts with companies using them to bring success to their groups based on what already works. As a result, I can’t help but compare debuting groups with those who already are established and successful. G-Friend’s debut, for me, is filled with nostalgia — with both the song and MV reminding me of the early Girl’s Generation sound and aesthetic.

The costumes, dance, and even the song, have the ability to remind anyone of “Into the New World” by Girl’s Generation. The songs are different enough to be able to tell them apart, yet they are still similar. Whether the song was created in ‘homage’ to Girl’s Generation remains to be seen. However, this is enjoyable debut from G-Friend, so for now, that will have to do.

This is a solid debut; music and MV matching perfectly with their concept. Both reek of youthful innocence, reveling in a fantasy-like view of school life. As this is not really something we haven’t seen before, the group’s next release will need to be equally as strong or stronger, to bring them closer to success they want. So, let’s wait until then.