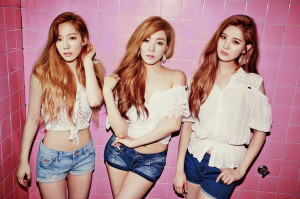 One of the things that I, as a non-Korean speaking K-pop fan, get asked a lot is why I listen to music in a language I don’t speak. The fact that I have to put a bit more work into discovering the lyrics of a K-pop song is not something that dissuades me from doing so.

Truth is, I consider the lyrics to be the most vital element, the thing that can make or break a song. The lyrics are the part of a song that lets the artist communicate. After all, a song is simply a pretty and poetic way of expressing thoughts and opinions. Shouldn’t I make sure that it’s something I want to hear before I start listening?

One of the biggest reasons for looking up the lyrics to K-pop songs is the frequency of lyrical dissonance. The default assumption for songs is that the tone of the song and the lyrics will match up. A slow ballad will be about heartbreak and pain, a peppy girl group number will be about finding love. Lyrical dissonance is when the melody and lyrics don’t match, with artists using that deviation from the default to evoke a different emotion than playing to it would. Sometimes the peppiest songs is the world have the harshest words.

One of my favorite examples of lyrical dissonance is Kara’s “So Good.” While it sounds like a cheery and sweet song, the lyrics are rather insulting and negative. If you’ve ever wondered what ran through your high school mean girls’ head, this is it. Conceited, arrogant, and immune to the idea that they have flaws. Yet the sweet beat makes “So Good” seem unaware of what they’re saying. Kara comes off more as sheltered, spoiled rich girls than people actively trying to hurt people.

“Baby Steps” by SNSD-TTS is another, and it’s magnificent. While it sounds heartbreaking, both in melody and delivery, the lyrics themselves are optimistic. Cautious and wary, but at the core, “Baby Steps” is about moving towards a relationship. The slow, painful melody set against these moves forwards drives in the feeling of fear about getting hurt and the desperation of needing to be happy. It’s very powerful, and that’s because the melody and lyrics don’t match — not in spite of it. 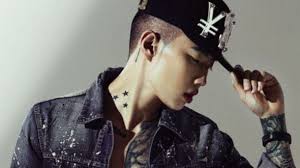 Lyrics also can dramatically alter how I feel about a song. One with a decent beat but good lyrics will always win over one with a great beat and awful lyrics. “Success Crazed” by Jay Park is a song saved by its lyrics. Without knowing what it’s about, “Success Crazed” is a decent but not spectacular hip-hop song. Yet I love it, because of the lyrics, and the lyrics only. It’s about pushing yourself, powering though, refusing to cave when things get rough. Success is the only option, no matter how hard you have to work. That knowledge gives it weight and depth beyond a typical banger.

On the other hand, terrible lyrics ruin an otherwise good song. There is no better example of why lyrics matter than Teen Top’s “No More Perfume On You”. The melody is fine, Teen Top sounds good, the dance is actually pretty creative, but seriously. It is a song about flagrant, unrepentant cheating. Teenage boys ask their older friend-with-benefits to lay off the perfume so their real girlfriends won’t find out they’re being two-timed. It doesn’t matter how good everything else is. No one wants to listen to songs about cheating, even in another language. At least, no one should. 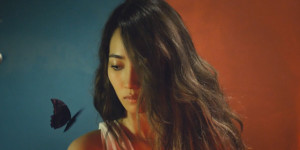 Of course, some lyrics are worth studying because they carry their own merit, like Shakespeare. They might take work to understand, but when you do, you’re moved. When “Born Hater” was released, it won immediate praise based solely on the lyrics. That said, Epik High is known for their intelligent lyrics. “Amor Fati” and “Rich” off Shoebox are recent examples, but their breakthrough hit “Fly” is just as poetic. HA:TFELT’s “Iron Girl” is another song whose lyrics are stunning on their own.

The thing about lyrics is that they are modern poetry. We don’t have Romantics and Gothics speaking about how “She walks in beauty, like the night/ of cloudless climbs and starry skies.” We have “I need more dreams, and less life/ I need that dark in a little more light.” or even “I ran into the fire, my body was burning red/ But I only got stronger”. So the next time you listen to a new K-pop song, don’t forget the lyrics.

What is your favorite K-pop song from a lyrics standpoint?